Top 15 most amazing mothers in Anime


Mothers are often supporting characters in anime, but their presence is a must. Sometimes they’re there for a bigger reason, like the protagonist’s personality development. Here is a list of the most amazing anime moms.

Kyoko was raised in a cold family, making her a lonely, troubled, and violent person. She was even a gang leader of The Red Butterfly, but after meeting the love of her life, he later became her husband. She went through a lot because of family abuse, so he helped her leave the gang and also her abusive family. Kyoko died a few months before the start of the series due to a car accident. She only appears in flashbacks and pictures of her son Tohru, which is really precious. 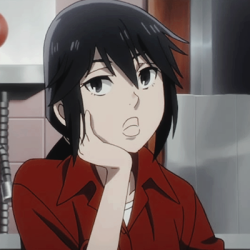 Sachiko is a kind, caring and dedicated mother who wholeheartedly takes care of Satoru Fujinuma (Sachiko’s son). She is described as a strong and willful person as she has solved various problems while striving for a better life. Sometimes, she feels she doesn’t fully understand Satoru, but never stops caring for him. Satoru calls her a demon due to his mind-reading abilities, which he finds intimidating despite his great concern for her. After Satoru fell into a coma, she took care of him every day for 14 years until he woke up. 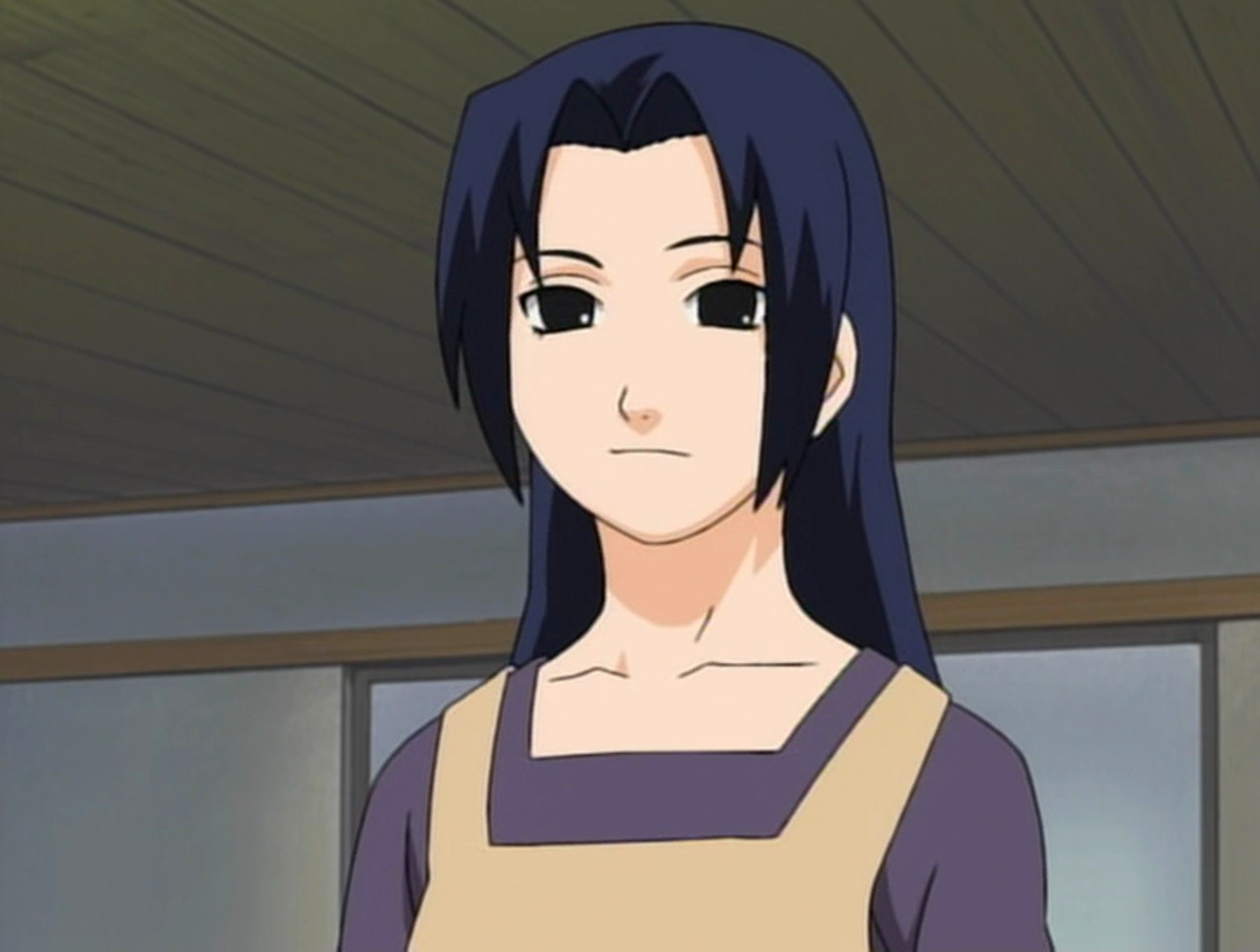 Mikoto Uchiha is the mother of two powerful characters Itachi and Sasuke, she is very kind and a gentle woman. But as a member of the Uchiha clan, she had to keep a strict attitude towards her sons. While maintaining her respect for her husband’s high position in the Uchiha clan, Mikoto never diminished the love she had for her sons. Even in her last moments of life, she offered words of comfort before allowing the distraught Itachi to kill them. 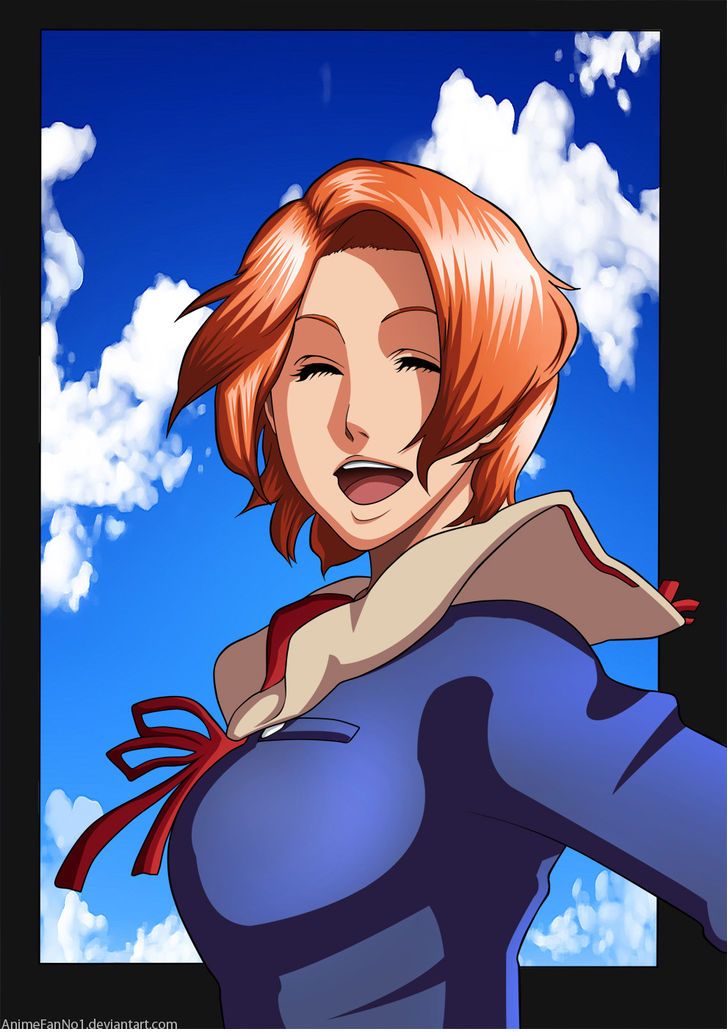 Masaki is very kind and she doesn’t want to hurt anyone because of her customs. She thinks that if she lets people die because of her family’s customs, she will never forgive herself. She was strong, brave and protective until her last breath and died while protecting her children. She is truly great. 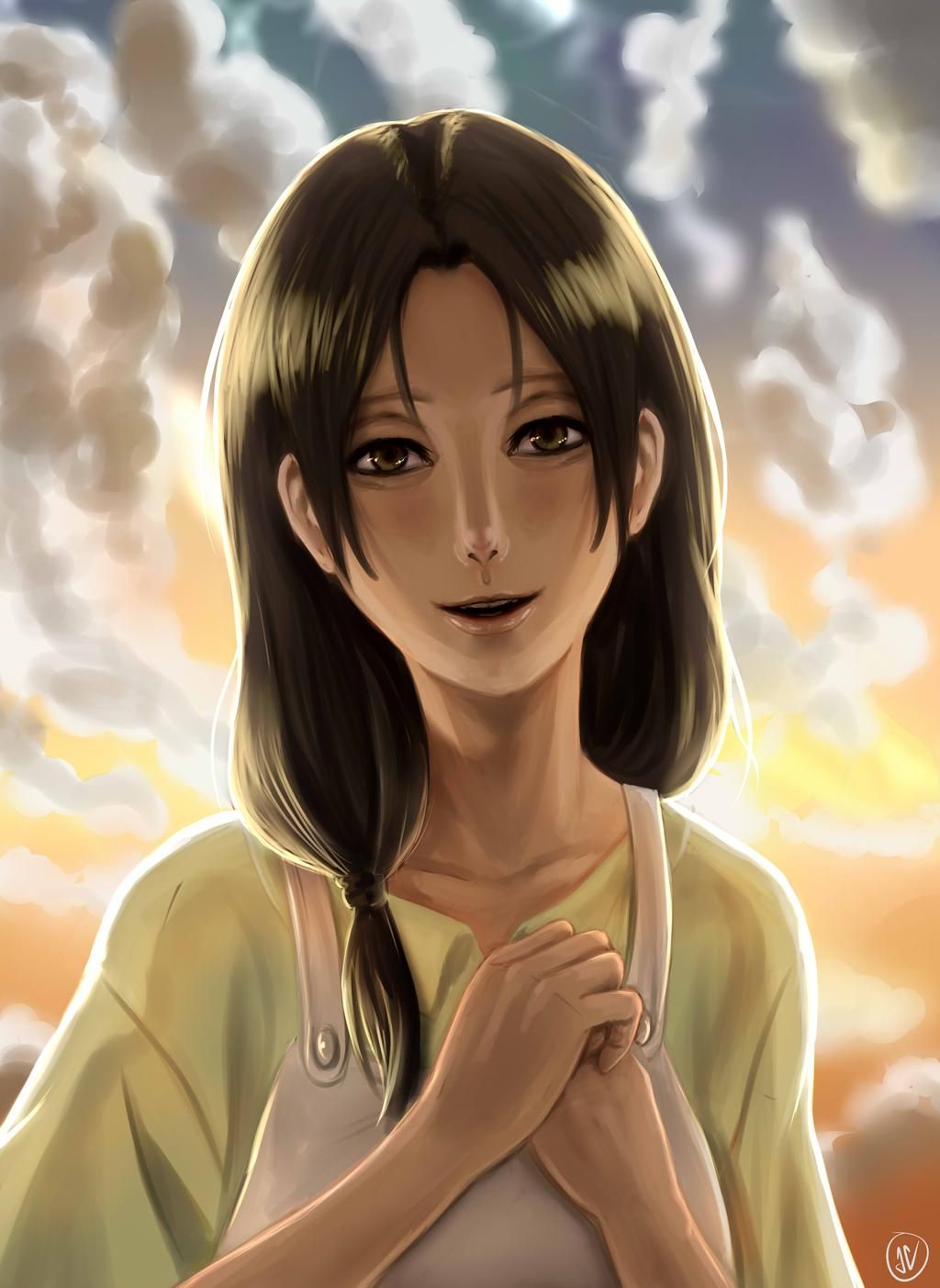 Every mother is willing to make sacrifices for their children in one way or another. Carla is no different. She is very kind and very protective of her family. Carla never had big wishes in her life because she just wanted to live her life, she believes that each person is special in their own way. 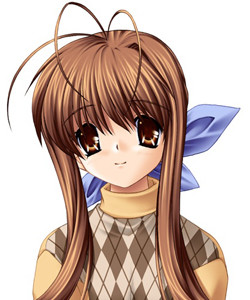 Sanae is a very childish woman who cries a lot, especially when someone insults her bread, but when needed, she can be so strong and reliable that she often comes up with ideas. weird concepts for making bread, which when tried to prove was inedible and never sold, except to a few people who unfortunately bought it. Sanae and her daughter have a loving, friendly, and loving relationship. She looks very young, which is why she is often mistaken for Nagisa’s older sister. A truly lovely woman. 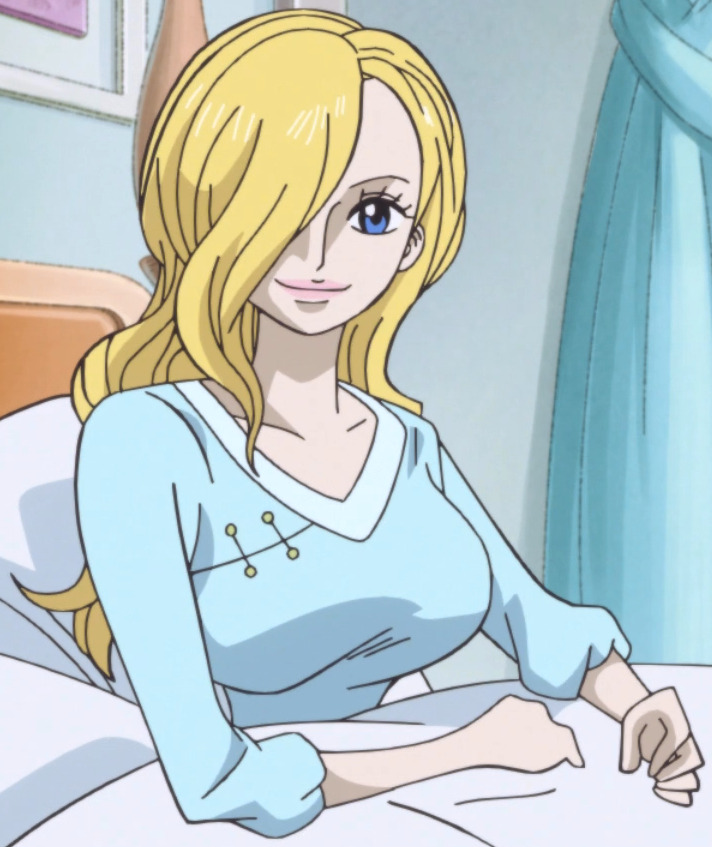 She is the queen of the Germa kingdom, and the wife of Vinsmoke Judge. She has only one daughter, Rejiu, and four sons Ichija, Niji, Sanji, and Yonji. Sora is a very kind and caring woman, with great strength of character. She loves her children and is fiercely protective of them, believing that they should grow up with normal human emotions and not as cold killing machines. As a result, she did everything in her power to counter her husband’s experiments on their son, to the point of sacrificing her own life. 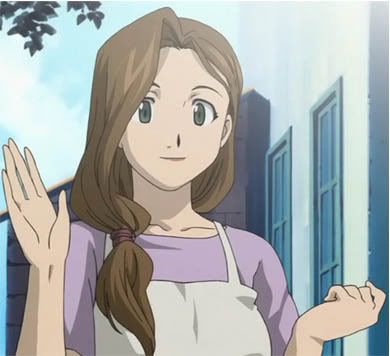 Fullmetal Alchemist is an adventure of two brothers who love their mother very much and are trying to revive her. Trisha died early, leaving the two Elric brothers, while lying on the hospital bed, she was still waiting for her husband. In addition, she loved her husband and sons very much and she raised her sons alone when her husband left them. 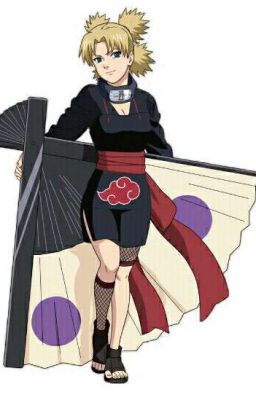 Temari had cautious, stoic, and outspoken personalities, which she would later pass on to her son. Talking about the nature of a mother, she is very strict and does not want her son to get in trouble at school. Having had a hard time growing up emotionally, she believes strength isn’t everything in life. She seems to be the mistress of her family because her husband and son are frightened by her wrath.

But the above is only one side of her. Although she is very strict with her son, she silently cheers him on while he takes the Chunin test. She is definitely one of the best anime moms out there. 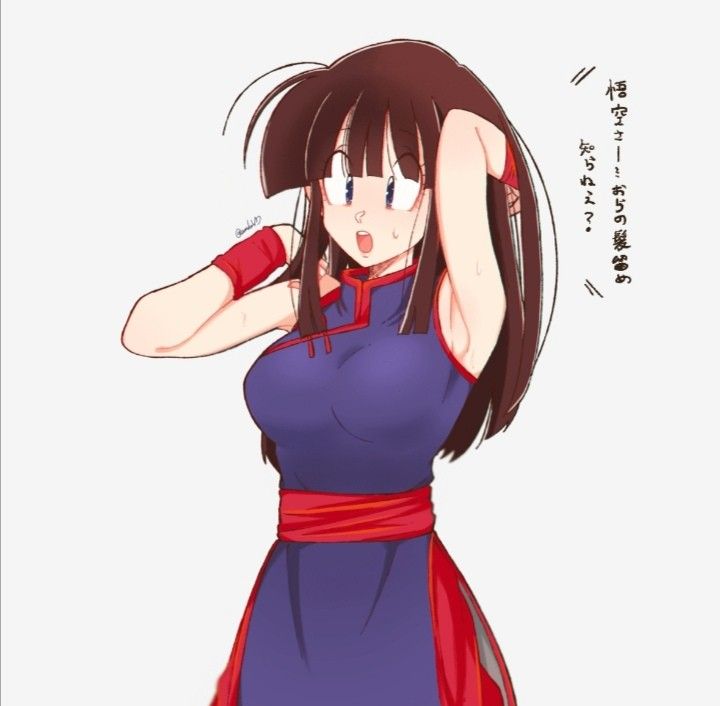 Chi Chi is the mother of two children, Gohan and Goten, with Goku as her childhood sweetheart and now her husband. She witnessed many of her husband’s deaths and refused to teach her sons how to fight. When Gohan was born, she made him focus on his studies instead of fighting. In addition, Chi-Chi never allows Gohan to learn combat skills despite her husband’s insistence on teaching him. Although Chi-Chi disapproved of her sons fighting, Goten confessed that she taught him martial arts, just like her father taught her. 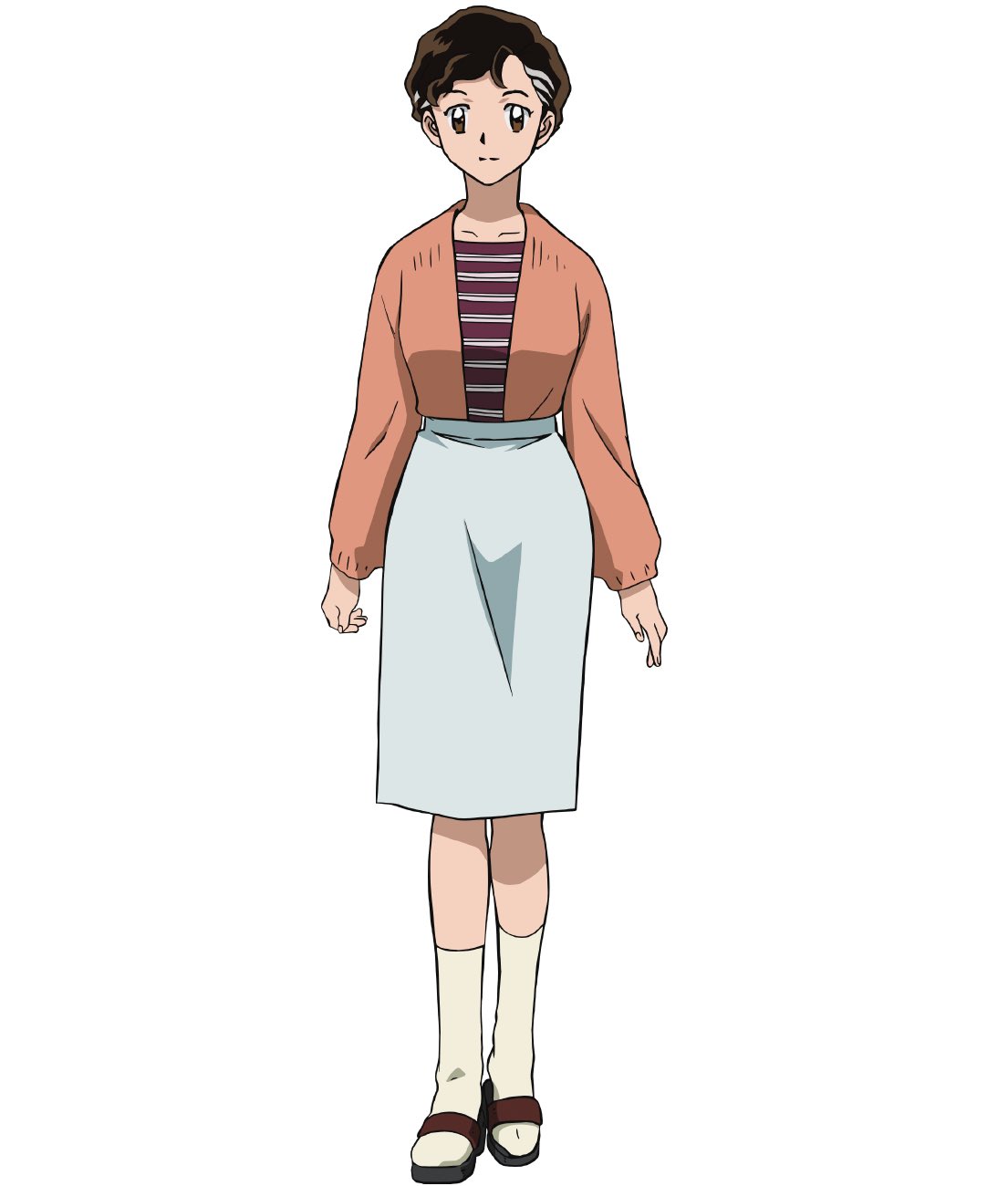 Mama Higurashi is one of the single mothers on this list as she is a widow and mother of two children, Kagome and Sota Higurashi. She has a very soft nature and she loves her children very much, especially Kagome. She was never angry with her children because Inu Yasha always came to visit Kagome, she welcomed her wholeheartedly. Even though mama Higurashi knew about what was going on between her and Inu Yasha, she still supported her daughter. She believes her daughter is doing the right thing and gives her the freedom to make her own decisions. 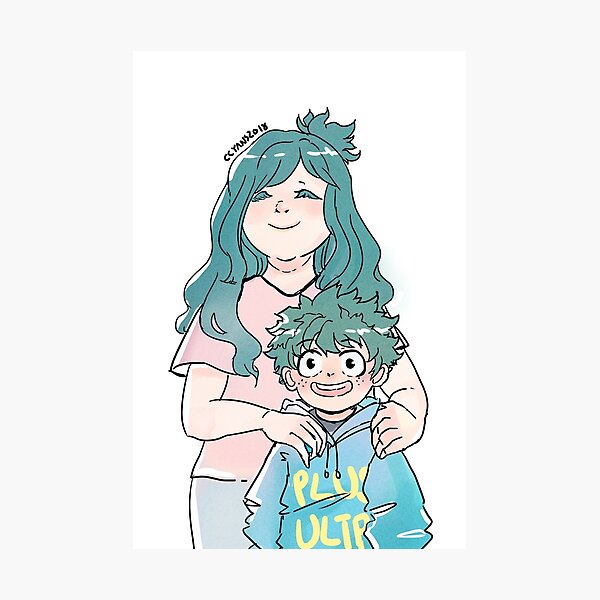 In a world where everyone is born with quarks (special abilities), her son Izuku Midoriya is born without quarks. Her son has a dream of becoming a superhero. But it’s not okay when he learns about his condition. She supports him all the time and takes great care of him. One day, when he gets the quark, even if she doesn’t know the real reason, she chooses to support him in every way and doesn’t want him to feel as bad as before. She is a wonderful mother. 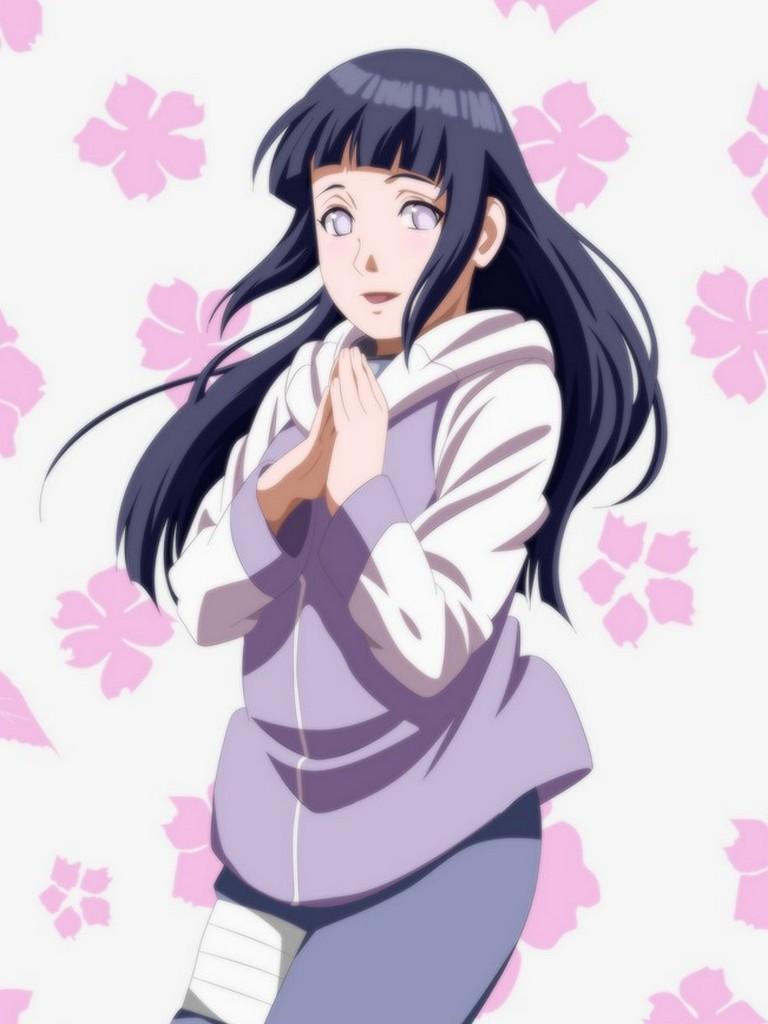 Hinata is soft spoken and very polite, she is very kind to everyone, always thinking of others before herself. But after meeting Naruto Uzumaki, he became her main driving force, and she began to develop feelings for him. They had too many ups and downs before marriage but after marriage she gave birth to Boruto and Himawari. When her husband was shouldering great responsibilities as Hokage in Konoha, she supported her family. She has proven herself to be a great housewife, always working hard to keep her family happy. 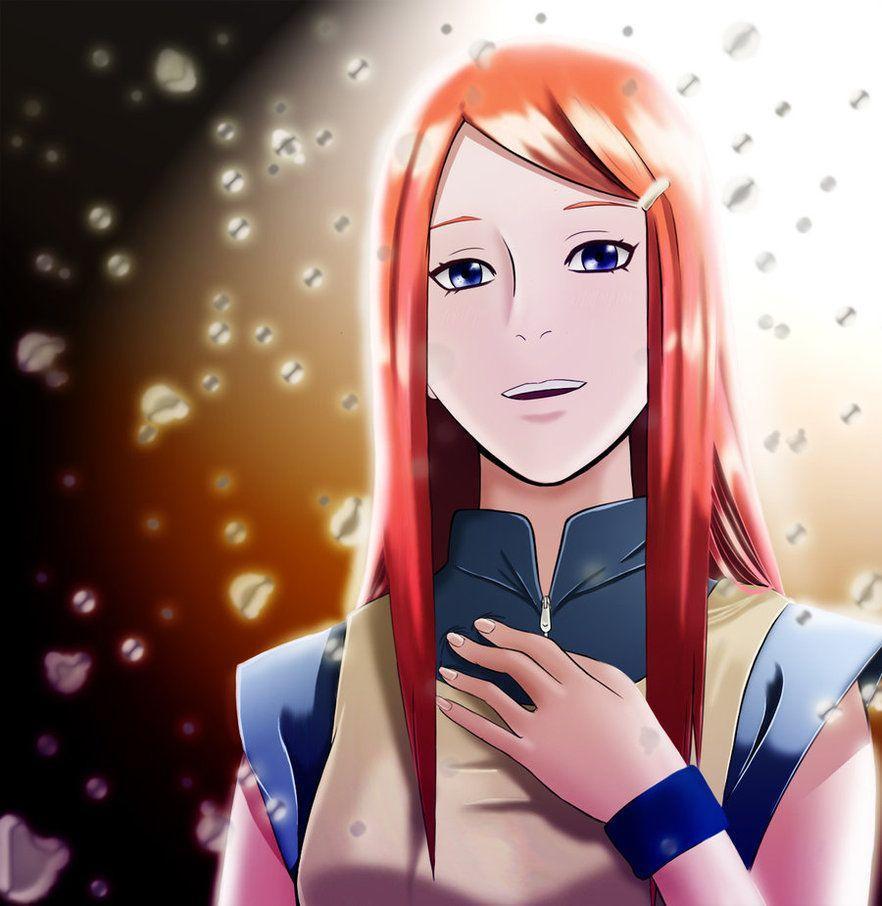 Kushhina loves her family very much. She sacrificed her life sealing the Nine-Tails to save her family and the village. Although she knew her son would face a harsh and cruel life, which scared her, she did her best in her last moments to show her love for him. his son. Even though she can’t give Naruto much motherly love, she still loves him very much. She is a stubborn, impulsive, eccentric and stubborn girl, later Naruto and her nephew Boruto also share this personality. Kushina gave up her life for her child. This reason is enough to have her on the list of great moms. 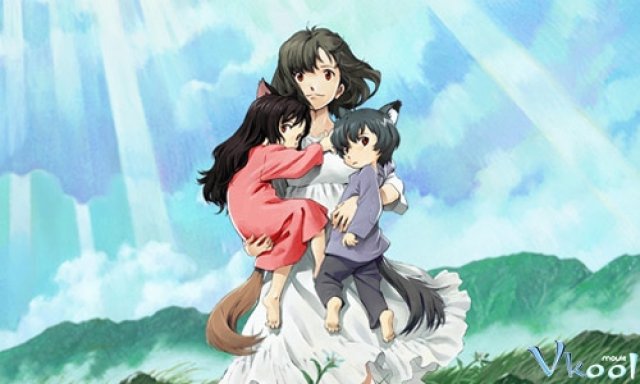 Hana is the mother of two wolves, Ame and Yuki. She has seen the worst of her days and suffered a lot. She accidentally falls in love with a werewolf, and after learning his truth, she accepts him. They moved in together after finishing school, but their happiness did not last long. He died on a rainy day for unknown reasons. After that, she moved to the countryside with her children and started working as a nature conservationist. She had to go through a lot of ups and downs, but she tried her best. She’s always been supportive of her kids in every moment of their lives, so she definitely deserves to be number one on this list.