Top 11 horror webtoons that will give you chills


Horror is a topic that many webtoon authors exploit. Therefore, readers have more and more choices if they want to find a little creepy feeling, chills down their spines. Let’s start our list of the top 11 horror webtoons.

The more you cling, the easier it is to be afraid. Those things are always around us, and seem to have never existed… This horror manga is drawn by Korean artist RangDdo. This is not a long story, the episodes in the series are separate and have nothing to do with each other. There are also a few brain-damaging episodes, but mostly exuding mystical horror. A thriller mixed with humour, ghosts will make you laugh in every chapter.

It has only 25 chapters. So read it for a good laugh. 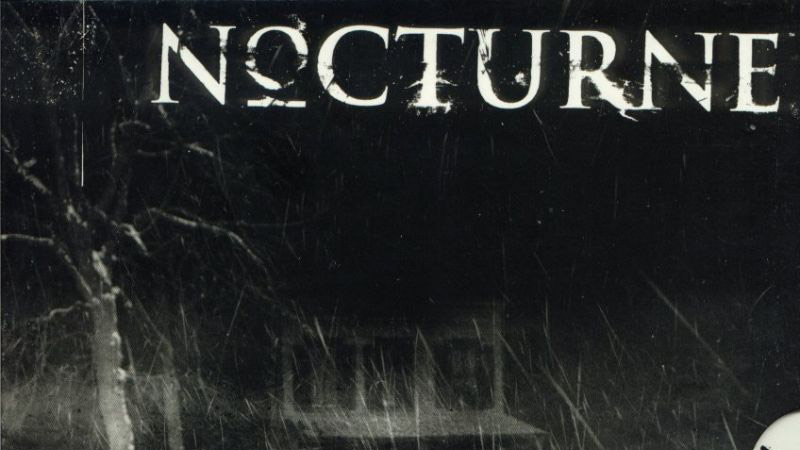 This is a canvas series and I don’t know what’s stopping the webtoon from making it original. Its art is the best thing about this webtoon. Especially if you like Junji Ito’s work, and you can see it in the photo above. Please read it. Its unique art and spooky ghosts will surely scare you. The stories are also unique and scary. 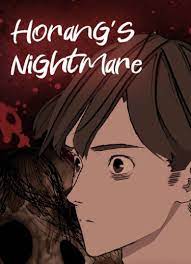 Here is another horror webtoon to scare you. Horang has chosen a rather peculiar approach to the horror genre. Take advantage of the atmosphere of each story, skillfully combined with 3D animation as the images rotate to the horror element. Like another webtoon, you cannot read this in the webtoon application, and you need to visit the website to read it. Horang has only ten chapters. Plus, the chapters are short. So it won’t take up much of your time. Try it once. Make sure to read at night for a better experience. And the special thing here is that there will be hidden gems in some chapters. When you scroll the chapters back, i.e. upwards, you will see some hidden panels that were not shown when scrolling down for the first time. Good luck finding the story’s hidden plates. 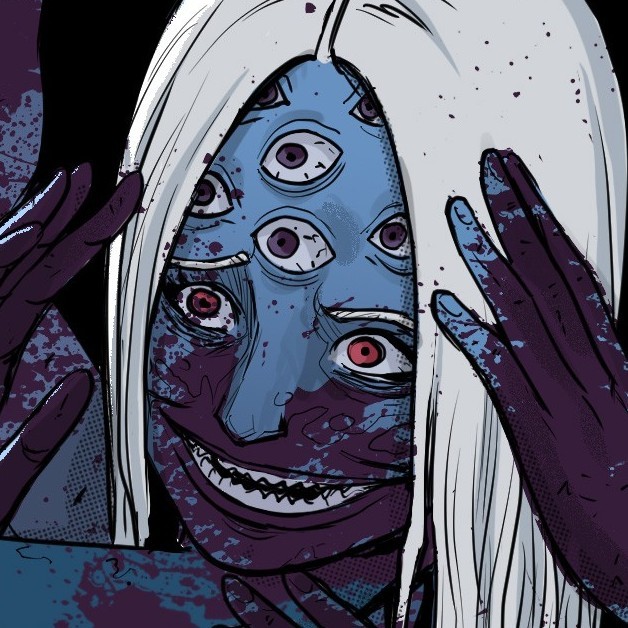 This webtoon is for gore lovers. Here are some of the best gore and bloodbath scenes. The story is quite thrilling but at the same time a bit complicated. In this webtoon, three girls take a wrong turn on the witch’s path while walking on the street. There, they meet three sexy witches who literally massacred them all, including the rest of their friends, who came to their rescue. And believe me, those scenes are not for the faint of heart. They then turn a girl named Sara into a monstrous spider woman. You will also get to read the stories of other characters. Some people end up surviving that hellish night. But it’s not the end, that night is just the beginning of the story. And we still have a long way to go in the story and finding answers to questions like where do witches come from? Who summoned them? Are there other worlds? And what are the angles they keep talking about? 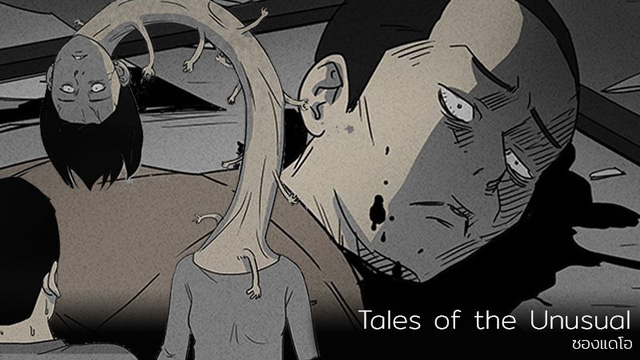 This webtoon has unusual and strange stories. Some will scare you to death. Some will make you laugh. And some will make you think what the heck is the creator. You will be reading gallery stories in which you simply hang a picture of the person you want to kill. Then there is a reset lift where you can reset your life. It also features touching stories such as the memory of a wife and macabre stories about a magician and his otherworldly magic. But is it really magic? Stories of ghosts, demons and everything you can think of. 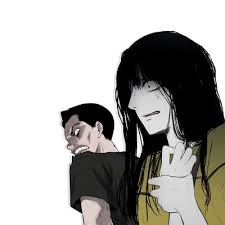 Next on our horror webtoon list is Shriek. Here is another webtoon that almost gave me a heart attack and made me flip my cell phone. This webtoon also has 3D moving pictures and sound effects, which make the story scary. Plus, the stories are so good and unique. It has 17 chapters, and almost all of them have hair-raising horrors. USAAgain, I want to warn you, this webtoon is not for the faint of heart and pregnant women.

This webtoon is about ghosts telling stories. Those stories tell how they died in their previous lives and became ghosts. These stories show the dark side of man. Some stories will leave you in awe. And some will break your heart. Do these stories force you to think that ghosts are really as scary as we think? When people betray, hate, kill each other for their own selfish desires. So doesn’t that make humans scarier than ghosts?

This webtoon shows that everyone, even ghosts, needs to be loved. Try it and you won’t regret it.

The Chiller manga is considered one of the promising Korean horror stories. Readers will be treated to an extremely unique visual and auditory feast in an atmosphere of extreme gloom. In this webtoon there is a series of stories that will send chills down your spine, ghosts will rush towards you with creepy smiles on their faces. And each chapter has a different author. This is a collaborative series made for the Halloween event. So you will enjoy different art styles in each chapter. 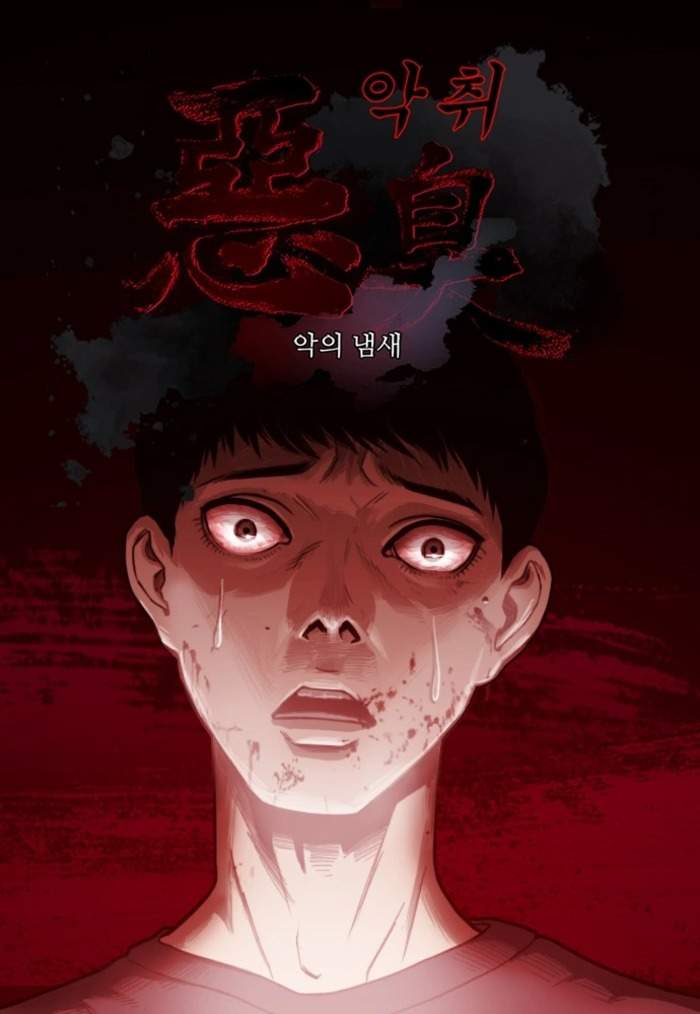 The male lead of Rotten is Jae Shin, who can see dead people. Next to Jae Shin is Officer Han, a man of integrity. The two have made for a familiar couple that you’ve probably seen somewhere before. But don’t all good horror stories begin like that? Jae Shin lives in an apartment building where strange things happen. The story is that the ghosts he sees often move and congregate in the apartment downstairs. But Jae Shin’s decision to stay put and do nothing vanished after a friend went missing after a trip. The answer from the police made Jae Shin have to find the answer on his own. And in this journey also has the appearance of a stuntwoman named Yu Hyeon. This investigation drags them into many lowly but tangled secrets and is shrouded in questionable details.

The two will cross paths with each other, and many mysteries will be unraveled as the story progresses. I really enjoyed this story, and I hope you do too.

The series has only three chapters and you need to download the webtoon app to read it because those augmented reality effects are only available in the app. And yes, it also has sound effects. And this makes it totally deserving of its spot on the horror webtoon list. 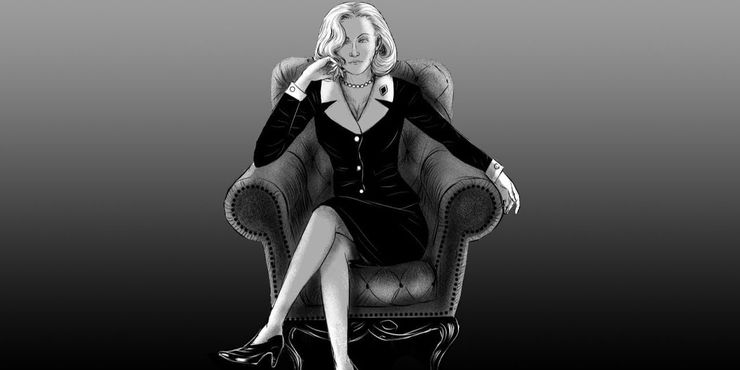 Melvina’s Therapy by A. Rasen is one of the most voted webtoon series today. Its art is unique and terrifying at the same time. Some scenes are so scary and disgusting that you won’t be able to forget them for the rest of your life. This horror webtoon follows a series of characters as they go to the therapist Melvina for help. However, things do not go as expected, and Melvina has her own plans, unlike any other therapist. Melvina’s Therapy is considered full of symbolism, good script and full of twists that readers don’t expect. Who is Melvina and what is her purpose? Through each chapter, readers will uncover the mystery surrounding Melvina’s therapy.

The best part about this webtoon is the details and hints hidden in them. As the story progresses, you will find that all the stories are somehow related to each other. And each of them is hinted in another one. It’s exciting to spot those hints and figure out the meaning behind them.

First, we’ll get short stories about the people Melvina is treating. But all of those stories will add up and reveal the main story in later chapters. So get ready for the wonderful twists and turns in the stories and keep your mind fresh.