2021 has many great adaptations and original anime. Lots of good anime across all genres, including paranormal. So, here are the top 10 mystical anime of 2021. Let’s find out!

In Kemono Jihen’s world, supernatural beings like kitsune and tanuki live in disguise in human society. Most of those creatures simply want to co-exist with humans, but some of them will misbehave and start to mess up and even hurt innocent people. When such a thing happens, a Kemono detective agency will be called in to deal with the matter. Inugami the tanuki, the head of the detective agency, along with the kemono children he raises will solve all mysteries and conflicts that arise between humans and kemono.

Kemono Jihen combines action and mystery into an exciting series. Each new instance they encounter, be it amusing or terrifying, takes us deeper into the complex world of kemono and that’s why it deserves a spot on this list. 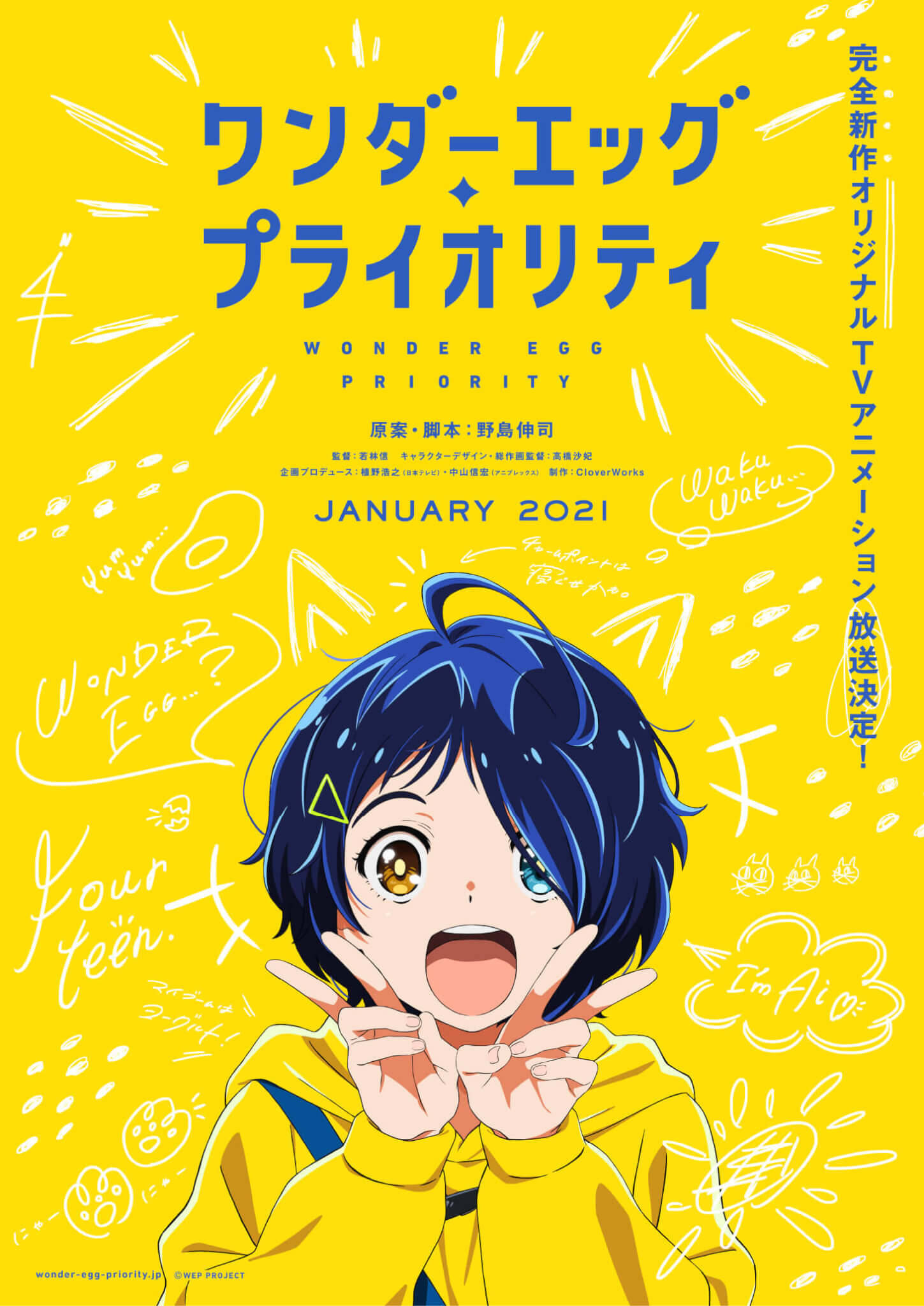 Ai Ohto is a girl who became a hikikomori after the death of her friend, Koito Nagase. One night, as she went for a late-night walk, a mysterious voice guided Ai to an abandoned gacha machine, where she received her first magic egg. Cracking the Egg transports Ai to a dream world where she must protect a girl from the egg from a horde of evil monsters. The mysterious voice also tells Ai that if she can save enough people, her dear friend Nagase can be resurrected. So Ai decided to buy more wonder eggs and fight in the dream world every night.

Despite the colorful monsters and over-the-top fight scenes, the foundation of Wonder Egg is a carefully crafted psychological thriller. The themes of guilt, regret, and lack of self-esteem are the main driving force for every character. However, instead of going through a regular life drama, Wonder Egg uses action and fantasy to develop characters and solve mysteries and that’s what makes this anime stand out from the crowd. with the rest in the category.

8. Vanitas no Carte (The Case Study of Vanitas) 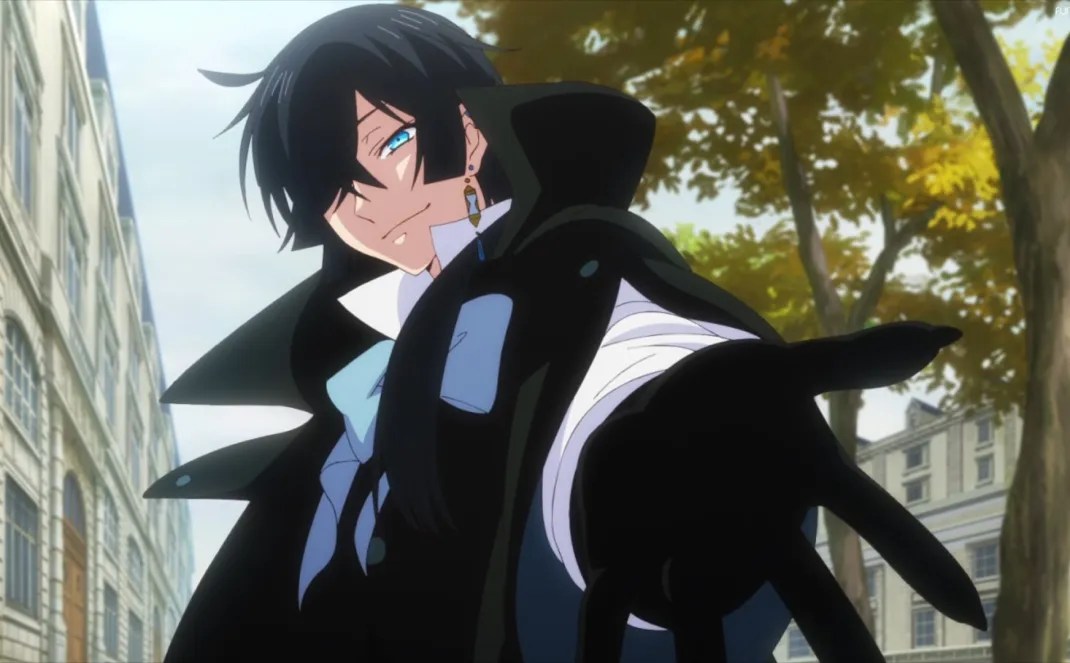 In the world of The Case Study of Vanitas, a vampire’s real name is key to his existence. Unfortunately, a blue-eyed vampire named Vanitas created a book called “The Book of Vanitas” that can find out and manipulate a vampire’s real name. Several centuries ahead to the beginning of the series, a user of the name “Vanitas” appears out of nowhere and he possesses the genuine Book of Vanitas. However, instead of killing the vampires, Vanitas uses the power of the book to save them from a disease called Malnomen that can ruin their real names while he investigates the culprit that caused the recent outbreak. here of this dangerous disease.

Case Study of Vanitas is an adaptation of the manga by Jun Mochizuki, creator of Pandora Hearts, so you can expect lots of interesting characters, great world-building, and more importantly, a well-known mystery. carefully embroidered both on a small and individual level. Catastrophic events can threaten the entire world. 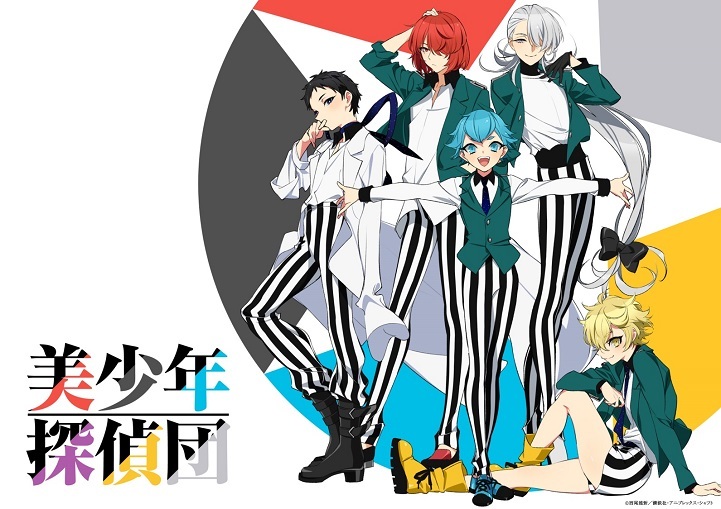 Pretty Boy Detective Club seems like a pretty troubling title for a mystery anime, which is why many people didn’t see the anime in its prime. However, the fact that it is based on a novel by Nishio Ishin, the author of Monogatari Series and created by studio Shaft, is the reason why you will definitely feel intrigued and curious about the series. this.

This anime is as good and interesting as any other work by Nishio Ishin. Pretty Boy Detective is about a secret detective club consisting of five beautiful boys who only take on what they consider to be beautiful cases. From deducing the truth behind a fake bill that looks better than the real one to finding a missing star in the sky, these handsome guys can handle it all. The combination of absurd circumstances and wacky characters is what will ultimately keep you glued to the screen. 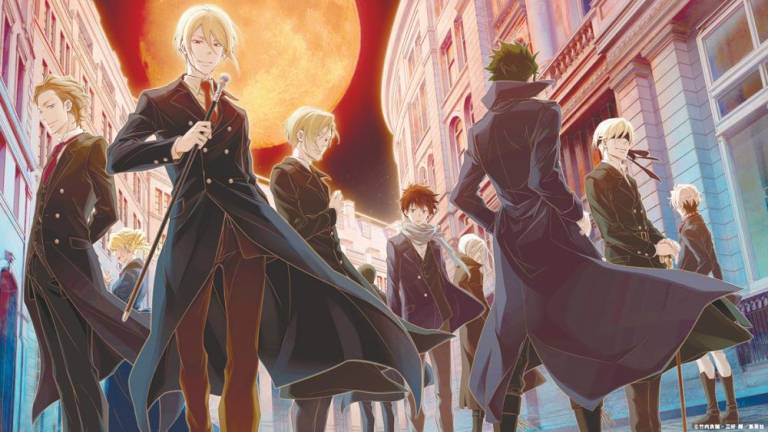 Moriarty The Patriot is a story in which James Moriarty and his brothers are anti-heroes trying to change the world for the better while Sherlock Holmes is the one who stands in their way. The first season established James Moriarty as someone who didn’t hesitate to commit crimes for justice and the greater good.

This second season of Moriarty The Patriot begins with Irene Adler, a thief and former actress who accidentally steals documents containing the sinister secrets of the British Empire. Fearing for her life, she uses the help of both brothers Sherlock Holmes and Moriarty to disappear from the Empire’s clutches. Thus begins the web of lies, betrayals, crimes and mysteries that can affect the fate of the whole nation.

Moriarty The Patriot is a series that always revolves between the concept of good and evil, between small events and big plots. This second season reinforces that concept to the point where viewers can’t even guess what the characters will do and what will happen next. 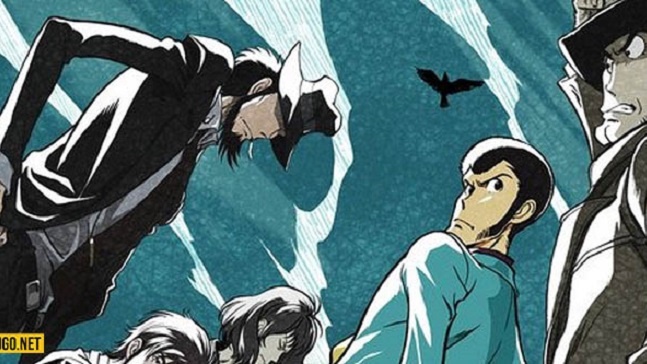 Lupine III is the third generation of thieves to use the moniker “Lupin”. He travels the world stealing precious gems and priceless items with the help of his quirky co-workers. Every Lupine III series always operates at two different levels. There are small cases that pop up every few episodes and there’s an overarching mystery that brings the entire series to a conclusion. The sixth iteration of this legendary series is no different.

In this series, Lupine and his colleagues follow the first British train ticket, Hemingway’s missing original short story and lots of other little adventures, while he is on the run from Sherlock Holmes for the crime of killing John. Watson. Not only that, but there’s also a mysterious organization that somehow has a connection to everything that’s happened since the first episode. You really won’t run out of excitement and mystery with the current chapter of Lupine III’s adventures. 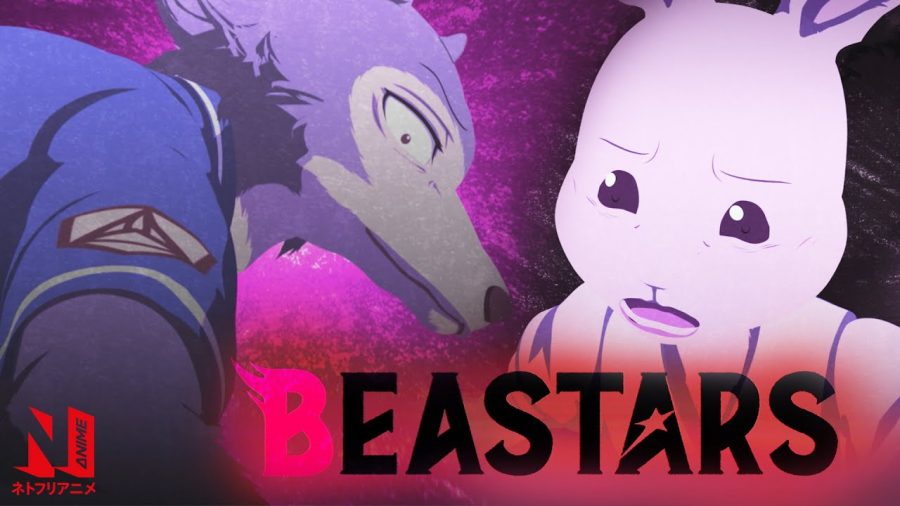 Beastars is the coming-of-age story of Legosi, a shy gray wolf who is a member of the Cherryton Academy drama club. The first season saw Legosi become one of the stars of the drama club alongside his senpai named Louis, a rich and proud red deer. However, there is still a gruesome murder of Stem, a friend of Legosi from the drama club, that remains unsolved.

This second part of Beastars begins right after the events of the first. Legosi decides to take on the role of a detective and sets out to track down the man-eater who killed his friend. Meanwhile, Louis becomes the leader of a pack of yakuza lions and asserts his dominance. In this second part the characters are further developed, the romance is more pronounced, the dynamic relationship between carnivores and herbivores becomes more and more tense and natural, the mystery also becomes more and more natural. more attractive than ever. 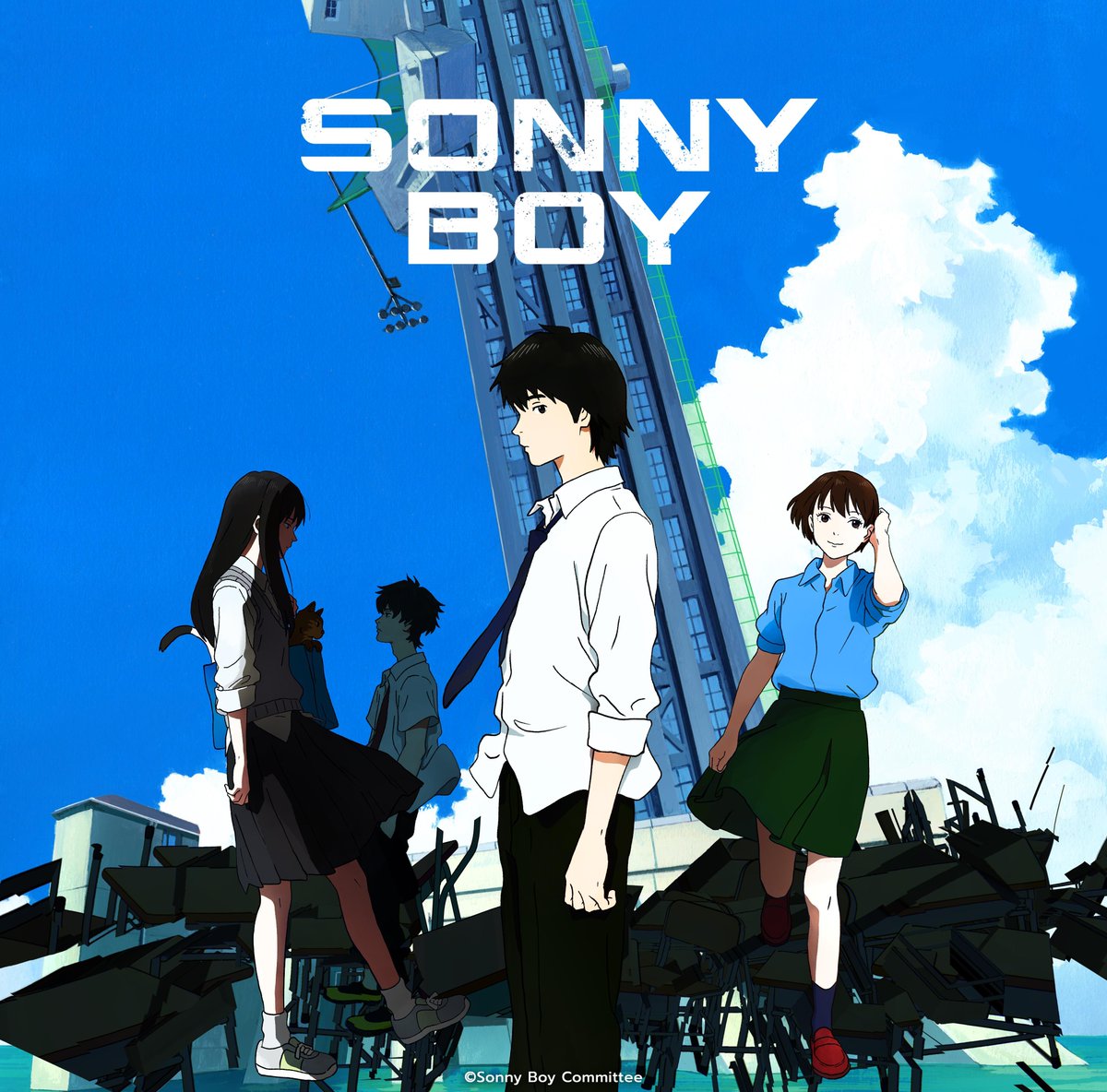 If another series takes the time to lay the foundation for the story, Sonny Boy chooses to take a different path and put the viewer in a dilemma from the very first frame. When we meet the main character, Nagara, his school along with several other students are transported into an alien world. To make matters worse, some high school students awaken superpowers that threaten the stability of an already very precarious situation. However, what sets Sonny Boy apart is his ability to add deep sci-fi elements to the story along with a lot of metaphysical and confusing concepts. The inclusion of those elements adds another layer of complexity to the already interesting mystery. 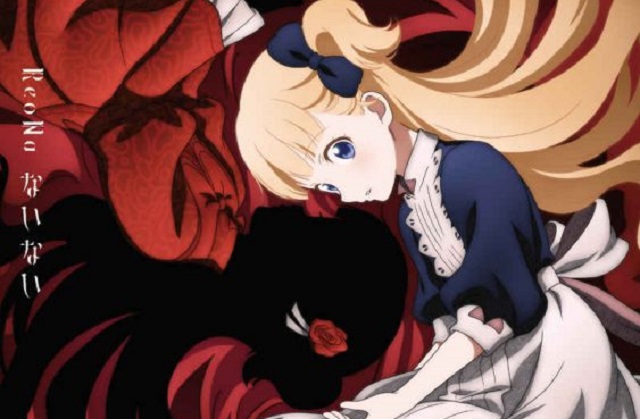 Imagine a massive castle whose occupants were a family covered in a layer of black soot so thick from head to toe that their facial expressions could not be seen clearly. To better communicate with each other, the head of the family creates human-like living dolls to become their faces. When not in use, the dolls will serve as maids for their respective shadow owners.

The idea behind Shadows House is both strange and intriguing at the same time. The story is presented in a cute and creepy way while everything else is shrouded in a dense veil of mystery. There is the sudden appearance of a sorceress, the true meaning behind the dark ritual, the true origin of the living dolls, and many other mysterious events happening in Shadows House. That’s why if we’re talking about an anime full of mysteries, Shadows House is definitely one of the top contenders. 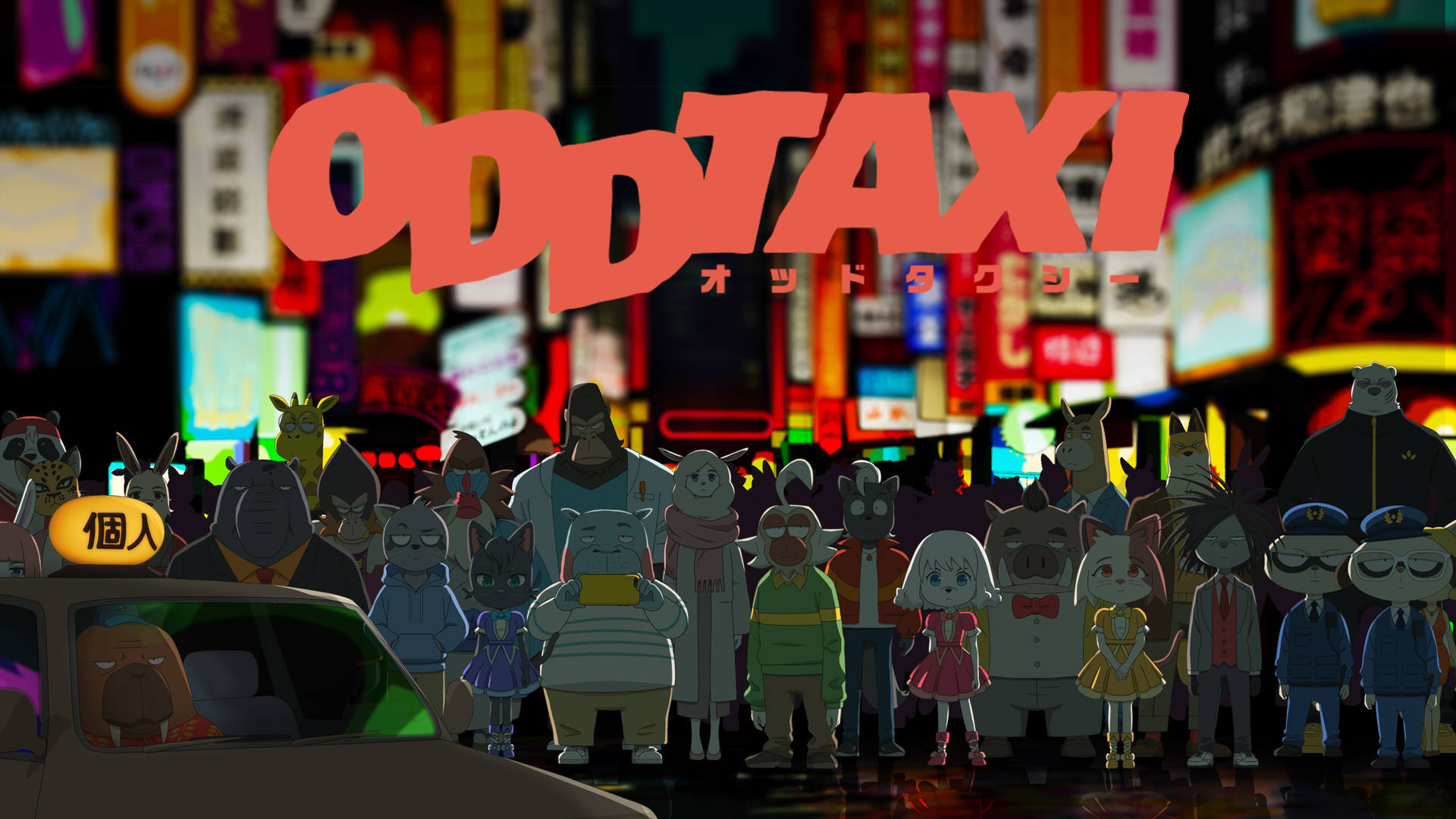 Odd Taxi follows a 41-year-old walrus taxi driver named Odokawa and other anthropomorphic animals as they go about their normal, everyday lives. However, in the midst of his tedious work, Odokawa encounters a web of seemingly unrelated events that grows more and more complex by the minute. A teenager’s desire to go viral, a fractured idol group, an estranged comedy duo, a low-level mafia, a corrupt cop, a missing high school girl, a person Men are obsessed with online gaming and the list goes on and on. Each episode of Odd Taxi adds new complications to the combination.

You will feel curious and anticipating for each new episode and at the same time feel confused and ignorant. Odd taxi is the only series on this list that can do that for you and that’s why it deserves the crown of best mystery anime of 2021.