Today we will take a look at the top 10 hottest male webtoon characters. In our opinion, what makes webtoons so popular is their beautiful art, especially all these hot and beautiful character designs. However, not only their looks but also their personality and attitude play an important role. We say this because most webtoon characters are handsome. So we tend to choose their personality as a second choice. And if you’ve never read a webtoon, these fascinating works may change your heart. Are you ready to learn about these hottest male webtoon characters? Start! 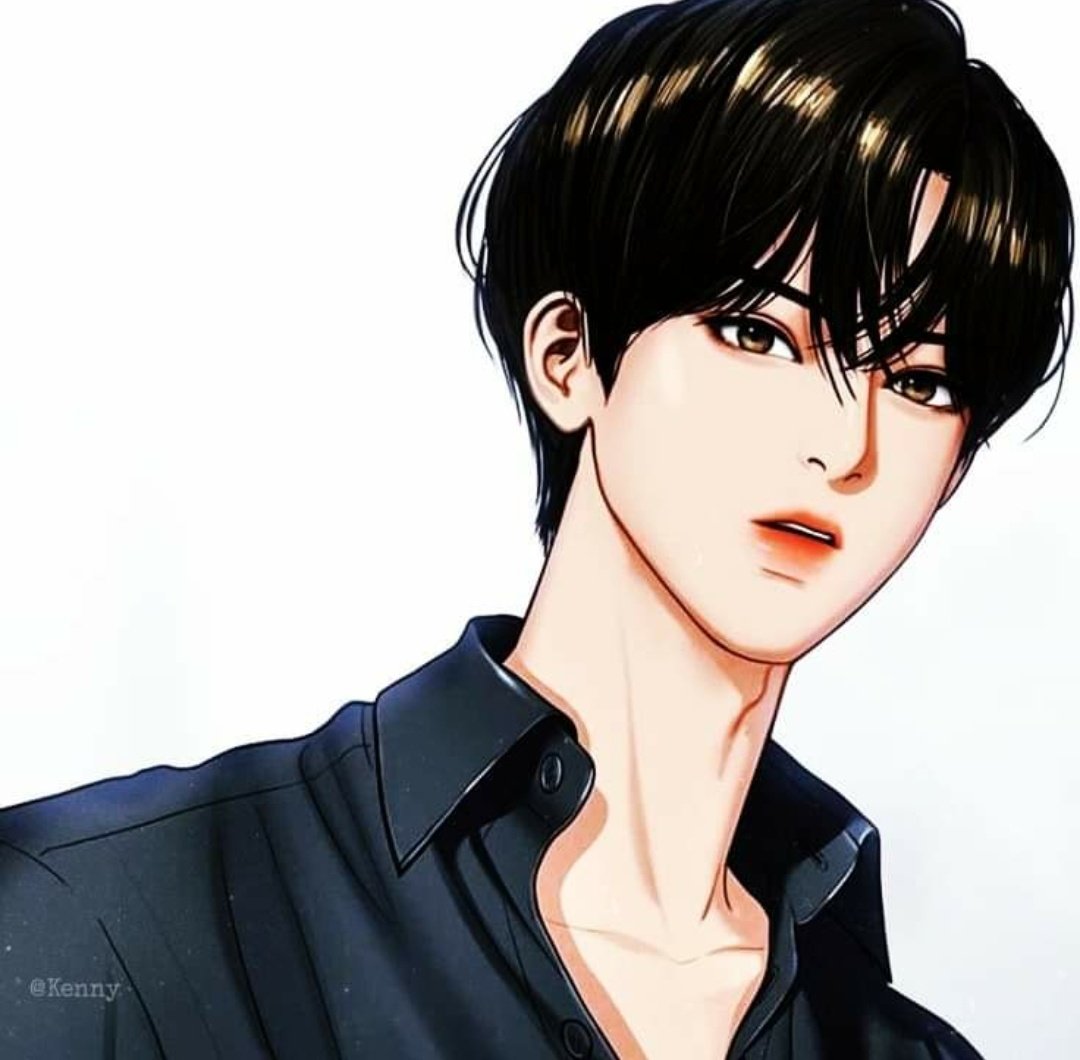 The first guy on our list of hottest male webtoon characters is Suho Lee. Suho is a tall and handsome guy from true beauty. He is one of the central characters of this webtoon. At first, he appeared as a cold and rude guy. But after getting to know him better, we know that he is a really sweet and mature guy. He’s rich. So he always wears expensive clothes. He is also very good academically and is also an excellent cook.

Our protagonist Jugyeong Lim meets him in her high school. Jugyeong is an average looking girl who is often bullied for her looks. So she learned to apply makeup and completely changed her look. No one in the class has seen her bare face. But somehow, Suho finds out her secret. But he promised that he would keep her a secret.

After that, the two became friends and fell in love. Suho is a nice guy. Even after knowing Jugyeong’s secret, he never mocked her. But instead, he always tries to understand her and support her. 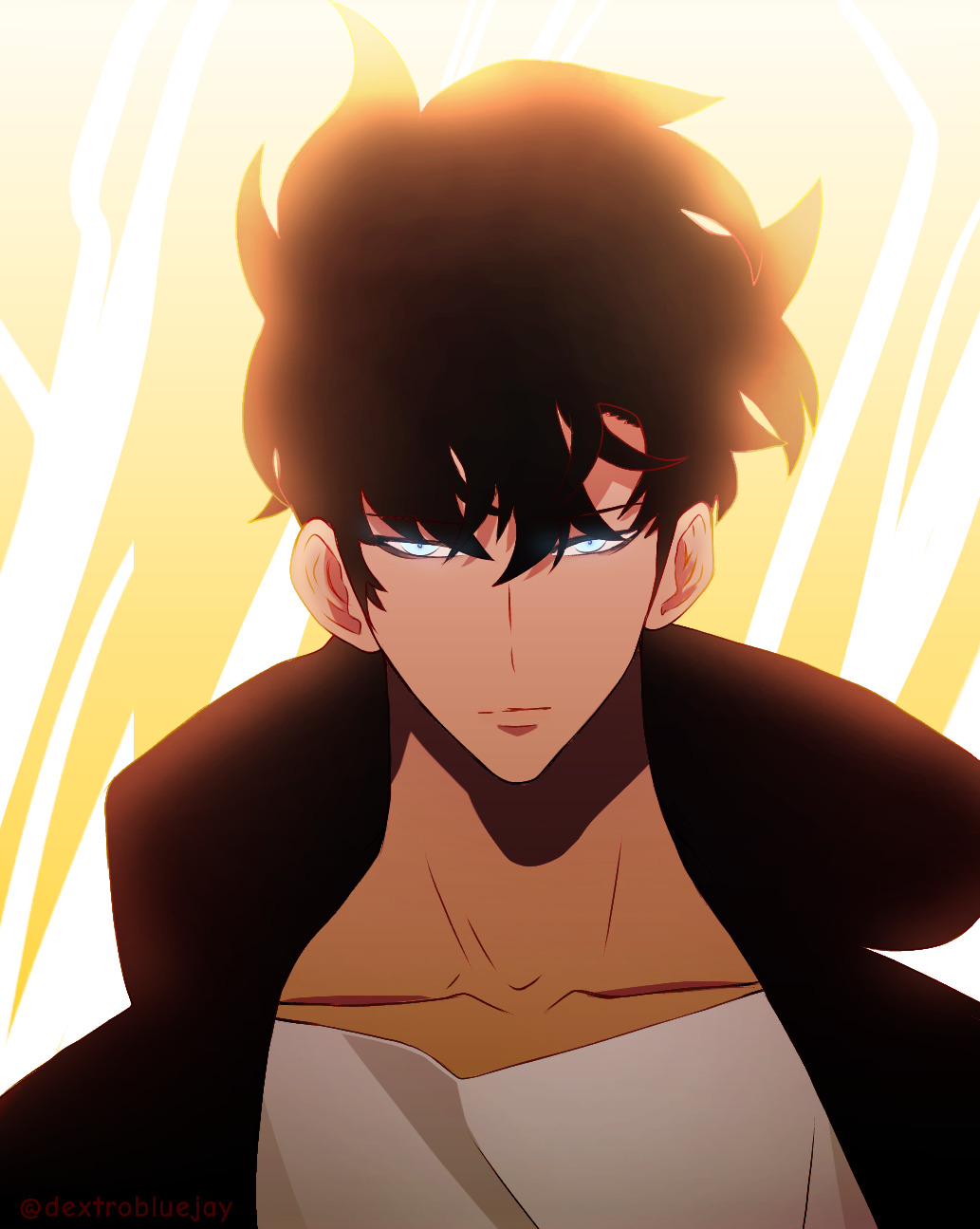 Thanks to all the flexibility he did in this webtoon, even the boys fell in love with him. If you haven’t read this webtoon yet, read it. And believe us, this webtoon will get more and more interesting with each chapter.

Sung Jin-Woo is an intelligent, kind and courageous character. At first, he looked dull and ordinary. But after a while, he turns into one of the most interesting and engaging characters you’ll ever see in any webtoon. His looks deserve to be on this list of hottest male webtoon characters.

Sung Jin-Woo is a hunter. But he was considered the weakest hunter in the world. Although he was injured many times and faced death many times, he still did not stop doing it because he had to take care of his mother and sister. But one day, he came across an S-rank dungeon where he almost died. But because of his intelligence, he saved the lives of himself and some of his teammates. After this tragic incident, his life changes as he becomes a player who gets daily quests, which he can use to level up. This is where the webtoon name “solo level” comes from. 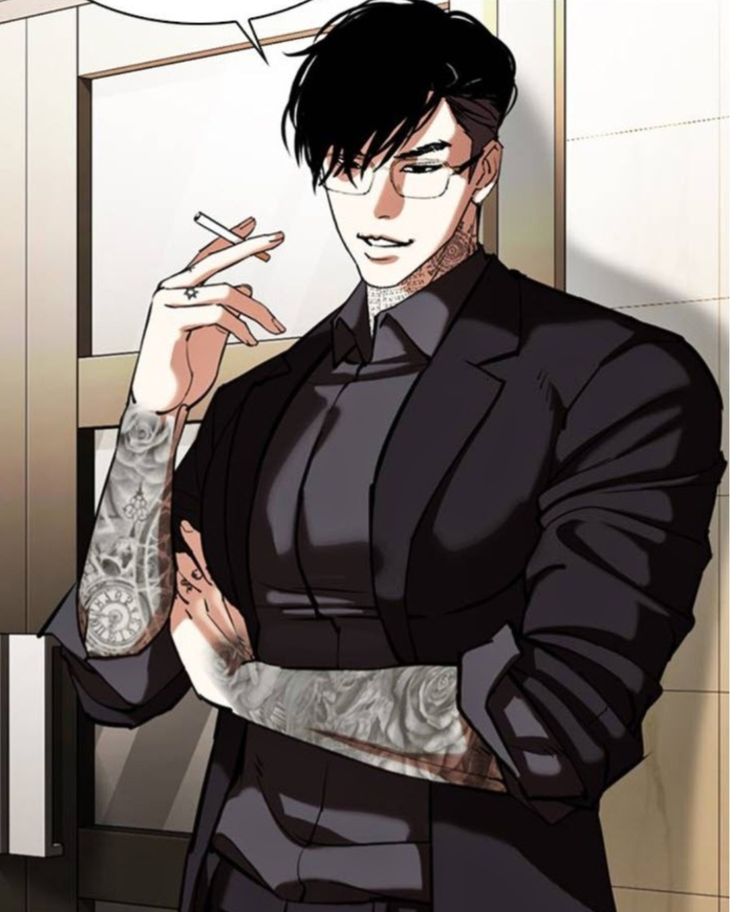 Samuel Seo is a hot and muscular guy in the webtoon “lookism.” All these muscles and tattoos, plus his bad boy personality, makes a lot of girls fall in love with him. He is considered the hottest male character in the webtoon.

He is a cold and arrogant guy who can do anything to achieve his goals. He is considered the most vicious character in the series, uncompromising in battle. Gun calls him a ticking ticking time bomb.

Samuel Seo is the executive director of Workers and one of the key figures in the Lookism universe that has relationships with Daniel Park, Jake Kim, and other characters. But behind that facade, he does all kinds of malicious and illegal activities to get money. His brutal nature comes from his background.

4. Helio Niccolo From Your Throne 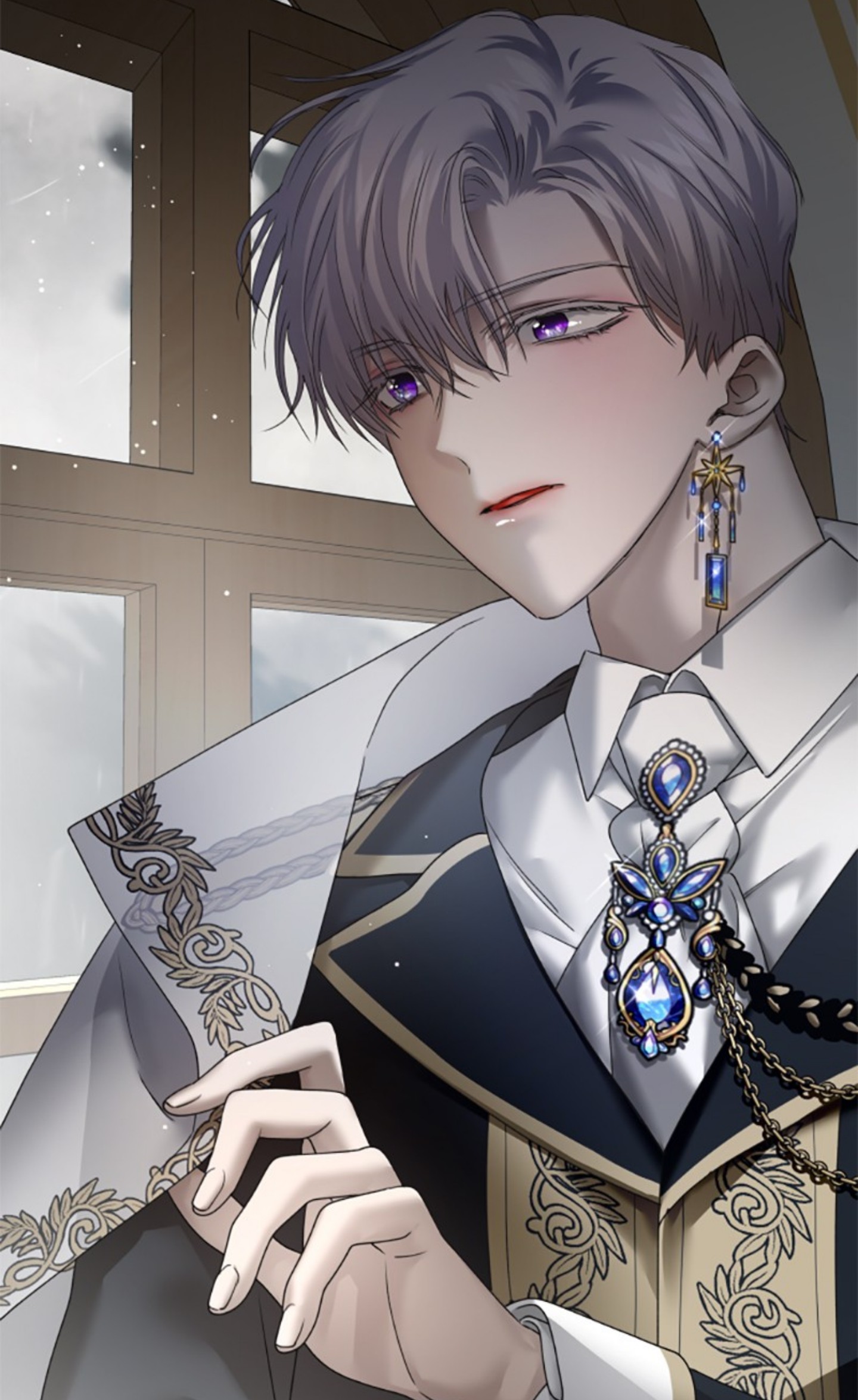 Helio Niccolo has beautiful white hair and deep purple eyes. He is the young commander and master of the Niccolo family. He doesn’t trust anyone easily because a lot of people try to take advantage of his influence. He is considered a scary and unapproachable type of guy. But he’s a really smart guy with good intuition.

When his parents died, some nobles attacked his Niccolo house, Madea, the protagonist of the story, saved him. From that day on, he swore allegiance to her. The two of them really became good friends. He shows his support and love for Madea throughout the story. 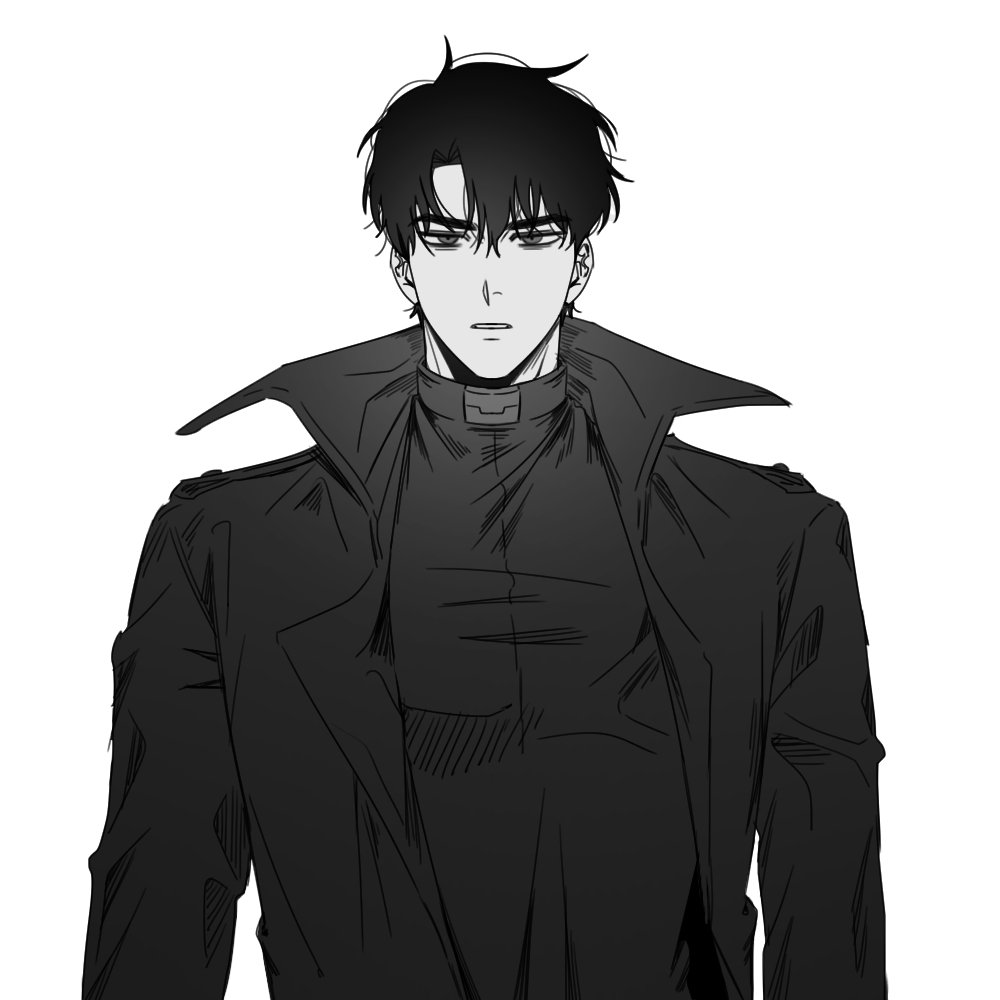 Junghyeok Yu is one of the hottest male webtoon characters. His appearance is often used to compare the beauty of other characters in the series.

He is a very confident, intelligent and very cunning man. But he behaves rudely and coldly to everyone around him, including his teammates. However, he cares for them deeply and often shows it in his actions. His badass personality makes us have to add him to this list of hottest male webtoon characters. He is called a regressor, and that means, when he dies, time resets and he goes back to the starting point where the story started. But because of this ability, he has repeatedly witnessed many people die right before his eyes, including those who have closed themselves. And as a result, he turned from a kind person to a cold and calculating person. He never trusts anyone easily and kills people who seem a threat to him. He always made sure that he would win every war because losing was not an option in this world.

6. Urek Mazino From Tower of God 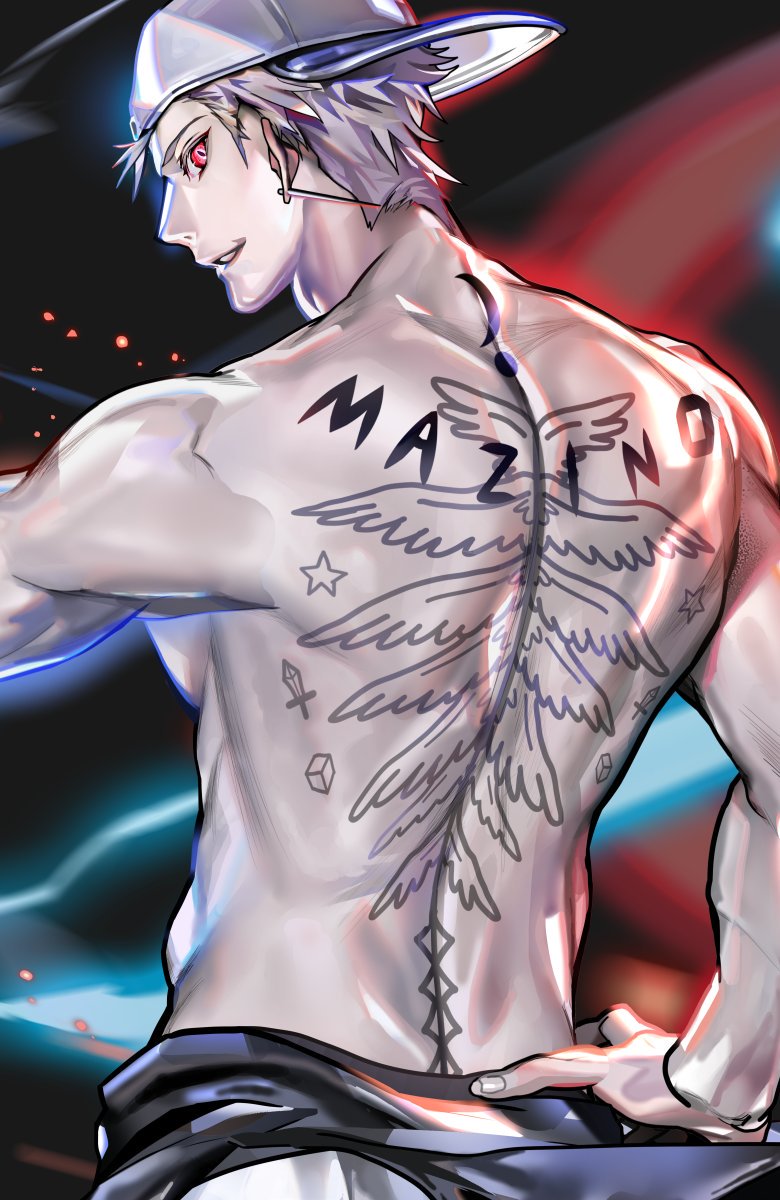 Urek Mazino is one of the strongest tamed characters from the god tower webtoon. He is one of the hottest male characters we love in the webtoon. He’s a handsome guy and those muscles make him even more attractive. He is a confident yet ruthless guy that everyone should be afraid of. However, he is a kind and helpful person. He is a promiscuous man who randomly proposes to girls and gets rejected.

So, in the tower of the god world, Urek Mazinois does not often come in fourth place in the list of the most influential people in the building. His past is yet to be revealed, so we can’t say more about him. But he is considered the fastest person to climb the tower in history. He wants to climb all the floors and leave the tower to explore the outside world. Whenever he appears in the story, the story becomes more vibrant and interesting. 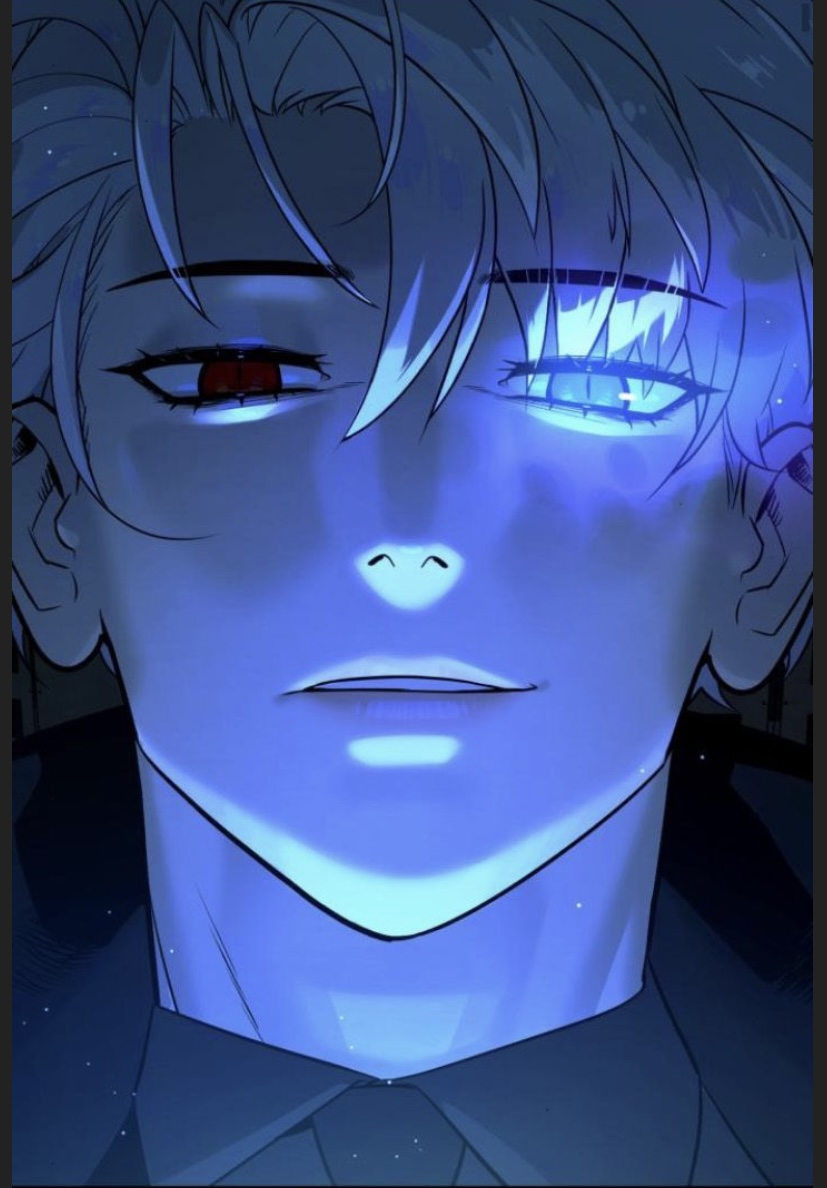 The first vampire on our list of hottest male webtoon characters. Vampires have always been described as the hottest character. Yohan Seo is no different. He has black hair and dark eyes when in his human form. But when he turned into a vampire, his hair color turned white and one eye became red and the other blue. He has a great muscular body making him one of the hottest male webtoon characters.

Yohan Seo is the main antagonist of the story. Before turning into a vampire, he was a kind and funny guy. But because of his poor family, he is often bullied and forced to do illegal activities. But after turning into a vampire, he completely changed. He became bloodthirsty and self-centered. He killed everyone who had sinned against him. In pursuit of power, he even kills people who are good to him. He then went ahead and caused a vampire crisis in Korea. 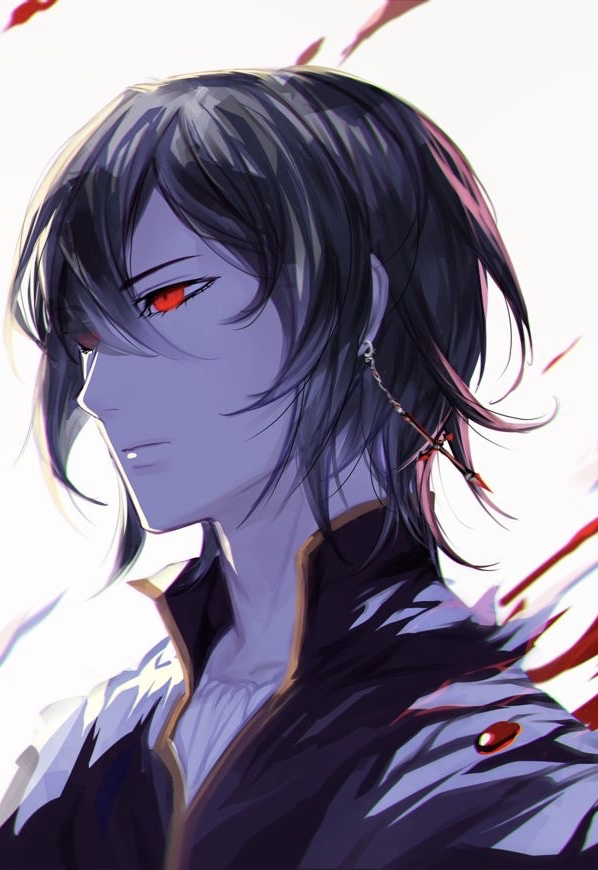 Here’s another vampire on our list of hottest male webtoon characters. Raizel, in short Rai, is a very handsome and elegant noble vampire. He is the main character of the series. Even if he appears as a cold and blunt person, he is kind and likes people. He does everything in his power to protect his friends and other humans from other vampires. He has been given the title of “Noble”, giving him the power to judge and execute other empires that harm the world.

In the story, Rai wakes up from a sleep of more than 820 years. After waking up, he arrives in a world that has been completely changed and modernized. Because of his lack of knowledge about the devices, he found it difficult to operate them. He couldn’t even open the door at first. All of his interactions shown with technology are fun and cute at the same time. He finds his servant Frankenstein, and with his help, he tries to make sense of this new world. 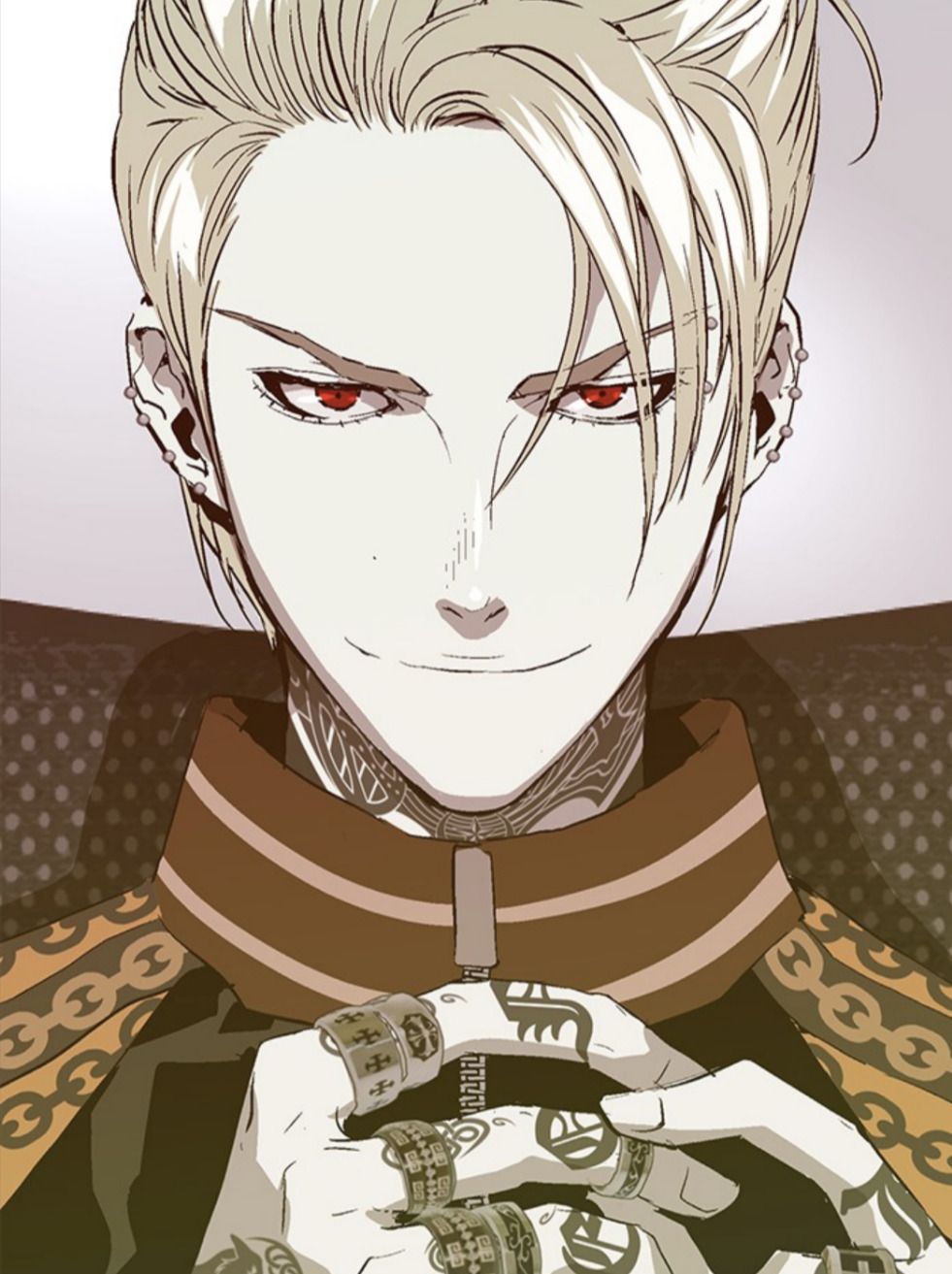 Donald Na is the main antagonist of the weak hero. His red eyes and menacing look were enough to make the next person dumbfounded. He has a lot of tattoos and body piercings that he usually hides. Donald Na is a thug and the leader of the union. He is a really smart and strategic character who has almost all the school under his thumb. He is a real businessman with the goal of making money and controlling the market. Donald Na’s past has yet to be revealed. But in one chapter, a glimpse of it is shown. In it, he is an abandoned child on the street. And he was eating bread that had been stolen. In middle school, he takes over his school and becomes the most powerful person in the series.

I was really surprised when he went from a poor abandoned child to a teenager earning millions of dollars a month. His personality growth is really adorable and it makes you a root for him. His charisma has put him on our list of hottest male webtoon characters.

10. Elios From My Deepest Secret 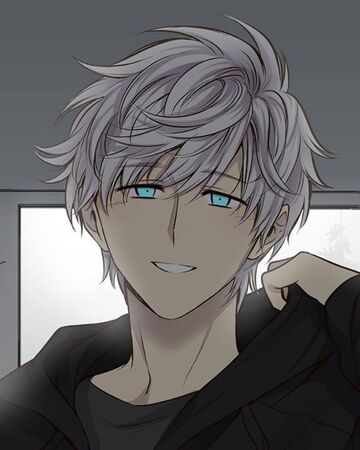 This is another white haired character on our list of hottest male webtoon characters. But there is something different about him that makes him stand out from the rest of the characters. And that he is yandere. You must have seen guys go crazy for Yuno Gasai. You will get a lot of yandere girlfriend anime and webtoon. But stories about yandere boyfriends are scarce.

Elios is the loving and protective boyfriend of Emma, ​​the main character of the series. He is a handsome, intelligent and charming guy. He just comes across as the perfect guy who can do anything. But there is a downside. Even when he loves Emma, ​​he acts like a yandere behind her back. He wants Emma to depend solely on him. So he always tries to isolate her from everyone around him by saying that he is just protecting her. Right at the beginning of the story, he is shown harming a cat just because it peed on Emma’s shoe.