2021 is a great year for female anime characters to show off. We’ve got tsunderes, kuuderes, onee-sans and imoutos. And here, we will take a look at some of the excellent female characters in anime released in 2021!

Miko Yotsuya possesses the unique ability to see spirits. However, unlike most people who would run and scream at the terrifying sight, Mieruko chose to ignore these spirits and continue with her daily life. Miko tries to live her life by going to school and hanging out with her friends, while the whole time she is surrounded by demonic ghouls.

Miko has an incredibly calm mind and she maintains her composure even when she’s about to cry from fear. She has a stoic appearance but we know that she is terrified of these spirits. However, even when faced with a ghost, Miko is always the one to help her friends if they are in trouble. Miko made this list thanks to her perseverance in the face of adversity. No matter how scared she is, she always tries to forge ahead to make sure that neither she nor her friends are in danger. She is selfless and brave so Miko has earned her place as a candidate for the title of best girl of 2021. 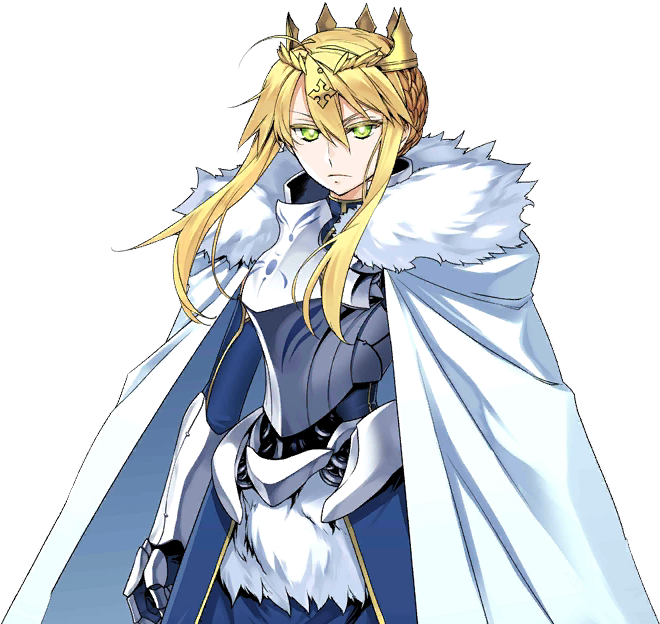 Fans of the Fate/Grand Order mobile game will tell you, the story is one of the key points when choosing a title. However, this will usually come with an assertion that the story won’t get good until the sixth world. Camelot is the sixth world and where we meet the older, more regal version. Several characters return in this movie that we met earlier in the Babylonia adaptation.

The Lion King is nothing like the lovable Saber we used to know in Fate/Stay Night. She embodied this character domineering, ruthless and willing to hurt anyone who stood in her way. We even see her attack her subordinates if they fail to live up to her incredibly high expectations. 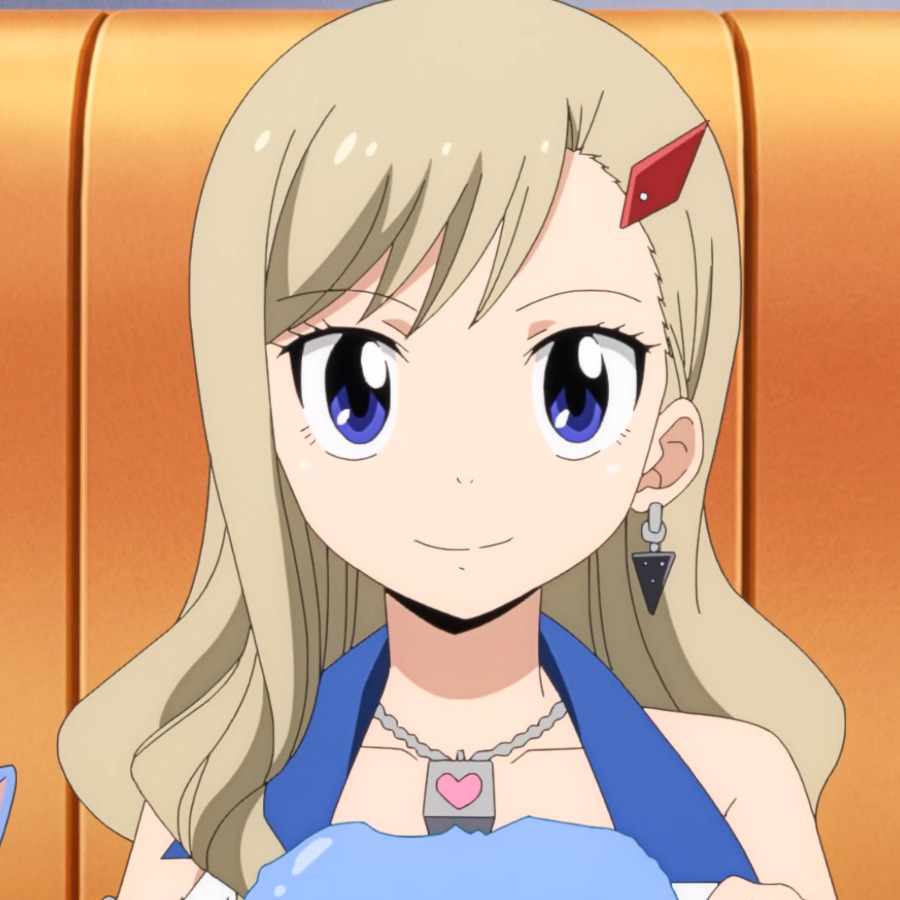 Rebecca wins the hearts of many thanks to her incredible ability to handle dangerous situations wherever she may be. Rebecca is a fun vlogger who loves to travel the universe in search of new content. Together with the robot cat transforms into a dual pistol set. They start out on new adventures every day. Rebecca is both a very kind and caring person but also someone who can act silly and enjoy the little things in life. Her goofy yet thoughtful personality embodies the themes of Edens Zero and she is by far the best girl, best character in Edens Zero. 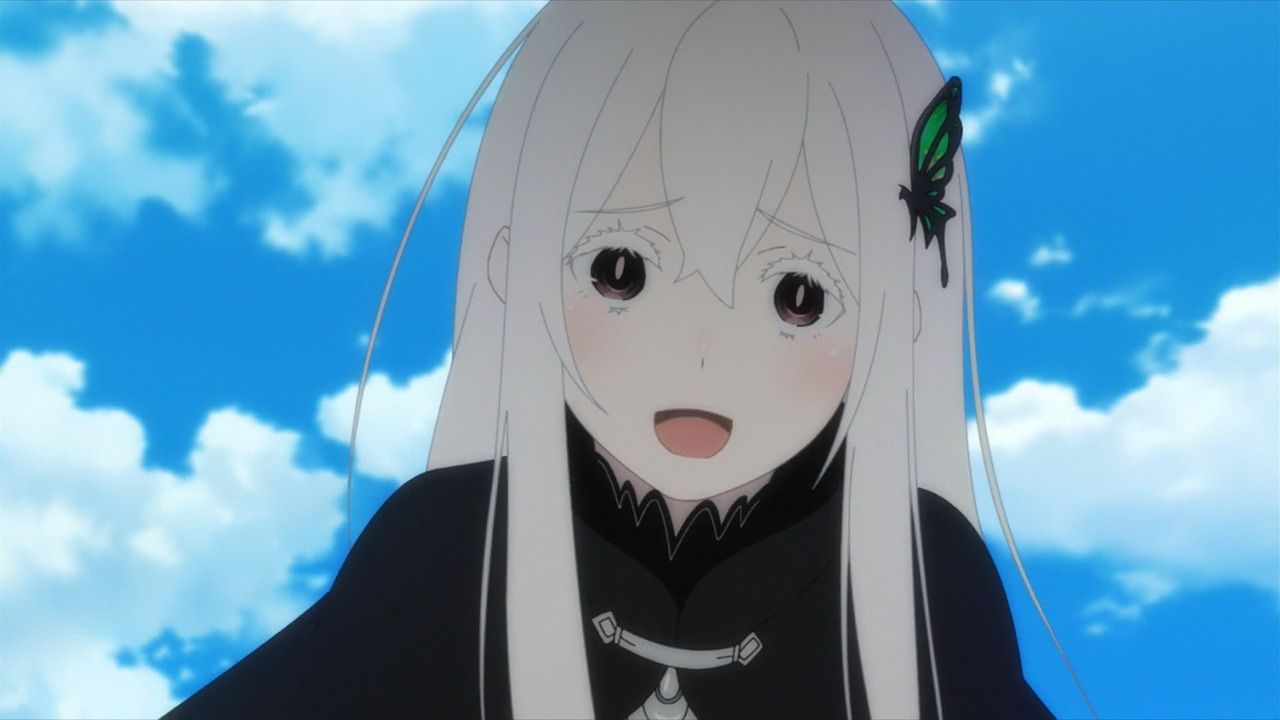 Echidona first appeared as a witch. She spends most of her time drinking tea with Subaru. Many fans love Echidona for her flamboyant confidence, but are sometimes left out due to Subaru’s forgetfulness. However, we also see a darker side to Echidona as she joins Emilia in her flashback and tries to incite her to a mental breakdown. Echidona is not only a fun character to watch, but it merely gives us insight into the pasts of other characters like Roswaal. She can be cute, serious, and uses the screentime she has to make an impression, unlike a certain comatose maid. Echidona is definitely the most interesting character this season and earns the spot as the best girl. 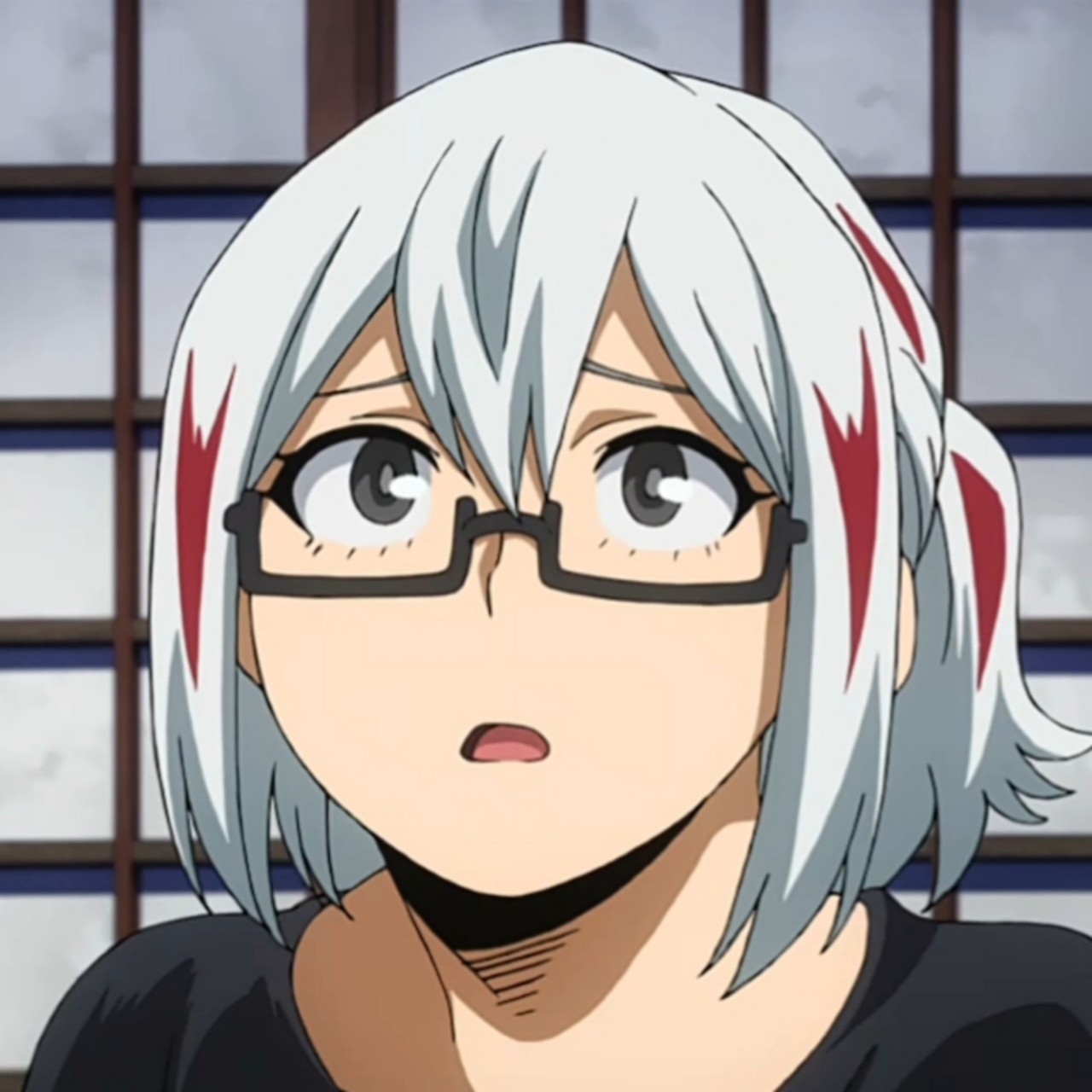 As we know so far, the Todoroki family is constantly in thin ice. However, Fuyumi always tries her best to resolve the family’s differences and move forward. Fuyumi is the first to suggest Bakugo and Deku have dinner with her family and goes the extra mile to quell the awkwardness of a sudden argument. Fuyumi is always on the sidelines and tries her best. Not all superheroes need to wear capes and Fuyumi is a prime example of this. 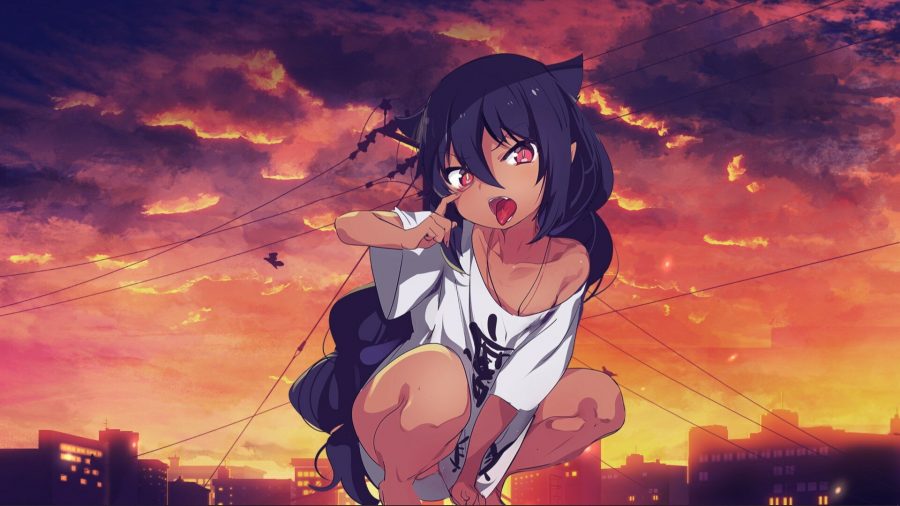 The story is a hit life comedy with some fantasy elements sprinkled throughout. However, the anime has made a name for itself with its iconic protagonist. Jahy is a blend of confidence and pure chaotic energy. As we all know, Jahy is at the top of the food chain in the demon world and we see this confidence on display whenever she is in her adult form.

Much of the humor is found in Jahy trying to get through life in the body of a child as almost everyone she comes in contact with abuses her smaller stature. However, it is this that forces Jahy to rely on those around her, and she quickly realizes that surrounding herself with a caring group of friends might not be such a bad thing. Jahy is arguably going through the most personal growth of anyone on this list. Jahy transforms from a haughty tyrant into a confused insolent who has the ability to empathize with and respect those who were once slaves. Furthermore, Jahy’s diverse personality is professionally reflected as she transforms from her chibi form to her more mature form. The Great Jahy Will Not Be Defeated! Although it’s a comedy anime, it’s more of a character study. The heart of the anime is Jahy, who can be your lovable chibi and your ara-ara ruler. 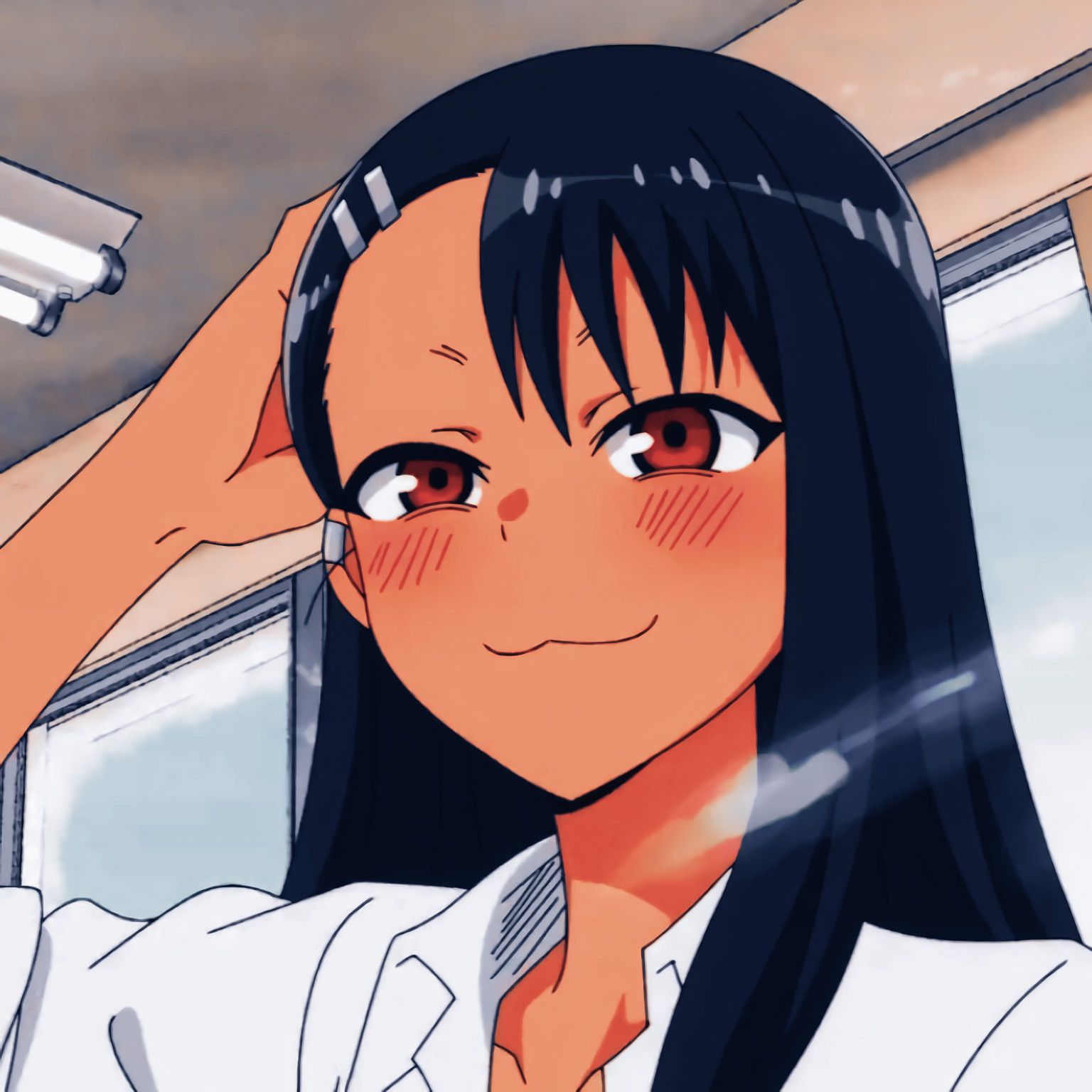 Nagatoro is another installment of the romantic life manga, similar to Teasing Master Takagi and Uzaki-chan Wants to Hang Out, which apparently got an anime adaptation thanks to fan outcry. Nagatoro as a devious, sadistic and always cheerful character as she makes her senpai’s life completely miserable.

Nagatoro develops feelings for her senpai throughout the anime but she has yet to accept them. Mostly, we’ll see her flipping her friends whenever they try to tease her senpai. Nagatoro is definitely the funniest character on this list. Her method of torturing senpai was beyond the level of common sense. However, Nagatoro is not to the point where she only thinks about how miserable she can make other people’s lives. As we see when she is forced to wear a cat suit, she is extremely embarrassed as her outgoing demeanor will diminish. However, she eventually tapped into her confidence and did a great job of attracting clients. At the heart of Nagatoro lies this overwhelming sense of confidence.

3. Itsuki Nakano from 5-toubun no Hanayome (The Quintessential Quintuplets 2) 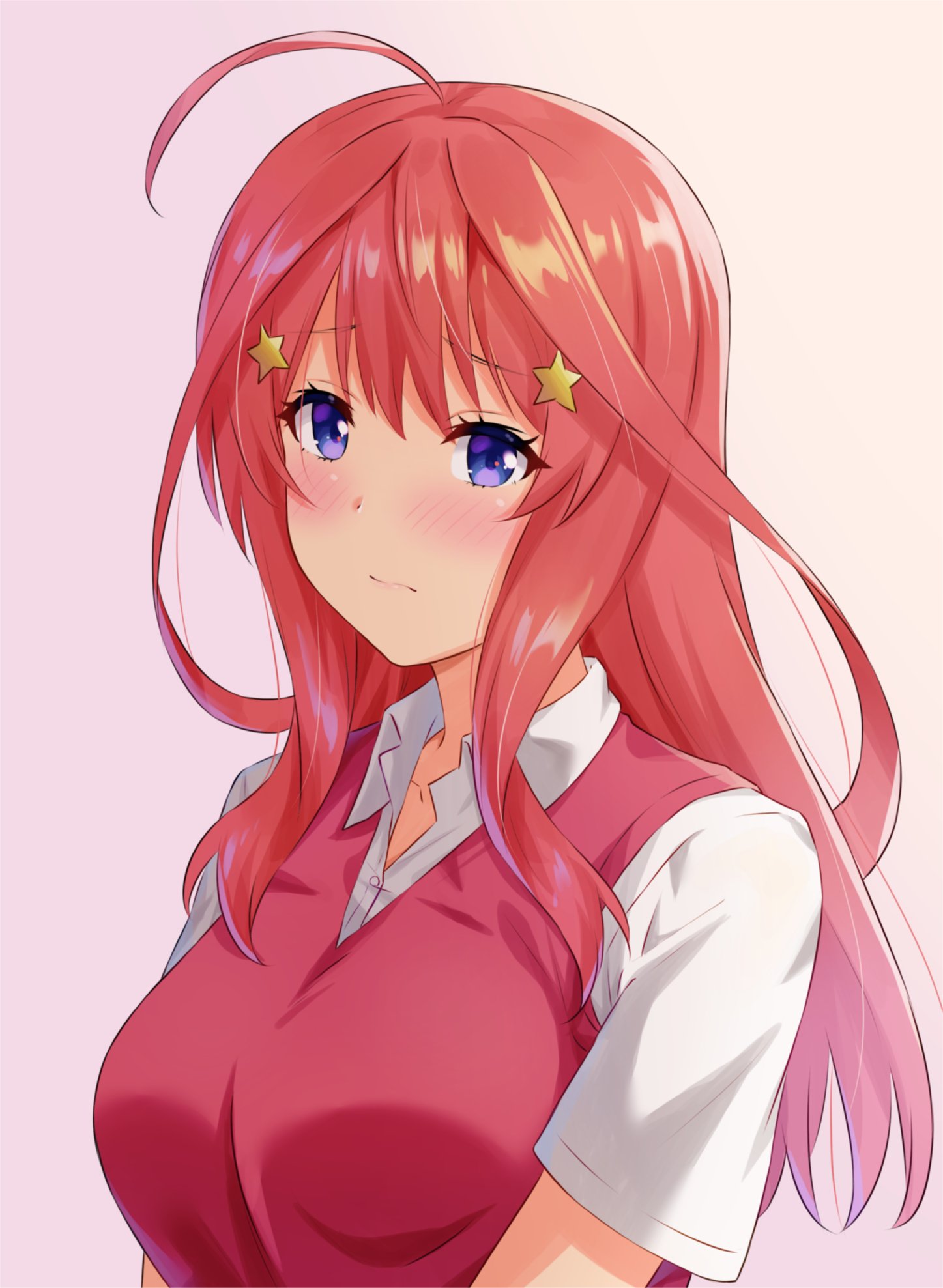 Although Itsuki didn’t make her debut as a character in 2021, she certainly developed a lot throughout the second season of The Quintessential Quintuplets. Itsuki spent the better first half of the season brooding over her being forced to study under Uesugi. It is only in the second half of the second season that we see Itsuki warm to Uesugi and most of this is due to Raiha’s cuteness and not because of any personality development.

However, as we move towards the second season that DID airs in 2021, Itsuki again and again demonstrates her diligence when it comes to studying, and her gradual acceptance of Uesugi is what allows her to improve. improve your score. Those who have watched the anime in its entirety will know that Itsuki holds an important role in Uesugi’s heart at the moment. While the other sisters, such as Ichika, Nino, and Miku, find themselves caught up in a love triangle because of Uesugi’s favor, Itsuki firmly stands on the sidelines; confident in the knowledge that she will eventually come out on top. Itsuki also serves as the voice of reason amid a multitude of emotions and arguments that erupt. As we all know, she slapped Nino on the cheek for disrespecting Uesugi. She is the vanguard to Uesugi’s heart and while her sisters may have had more distinct and obvious personality traits, it is this subtle silence that will ultimately lead to victory. by Itsuki. She may not be smart but she is definitely the smartest of all her sisters. 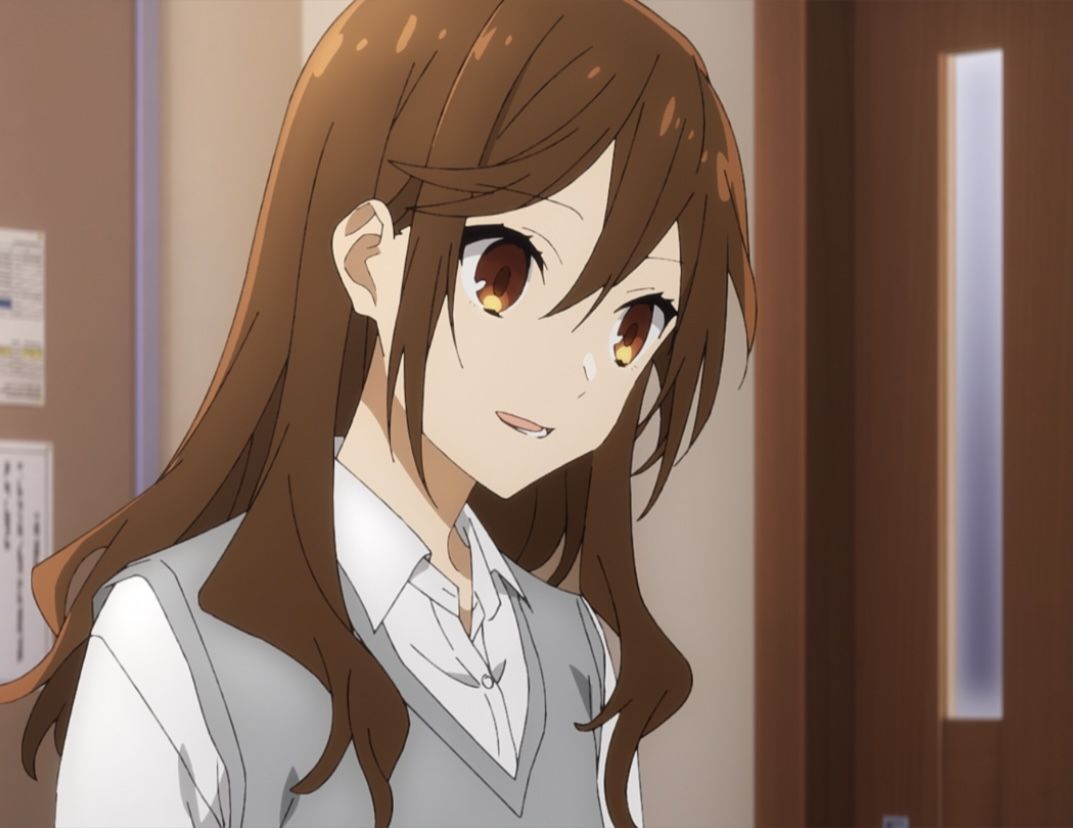 Hori is a character, appearing very much like a tsundere in the first few episodes of the anime. However, we see her mature through time spent with friends (especially Miyamura). As her feelings for him grow, we also get to witness Hori’s cuter embarrassed side, which is always a joy to see. Hori has a lot of unique personality traits attached to her from writers. These traits, while not so important to the anime’s overall plot, make Hori a believable character. For example, we see time and time again that Hori fantasizes about being rough or rude treatment by Miyamura. This is not what we would expect from such a perfect person but it does tell us that she is a real person capable of going through a wide range of emotions (the exact message Horimiya is trying to convey). presently). Hori is the most realistic character on this list and it’s all thanks to her excellent character development and layered personality. The screenwriters really knew what they were doing when they made her and she cemented her place as second best girl of the year. 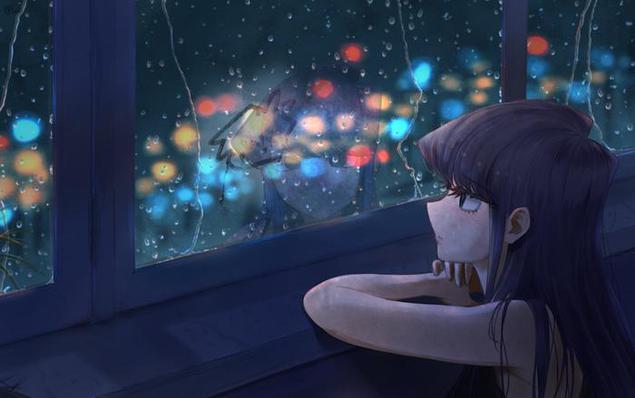 Never before has a character spoke so little yet captured the hearts of fans around the globe. Komi’s adorable clumsiness coupled with her truly heartbreaking love story really makes for a great combination. Komi, thanks to Tadano and her friends, has grown from a shy and passive girl to a… less shy and passive girl. We still have a lot of stories to tell but Komi is now making significant progress on her journey to making a hundred friends.

What makes Komi so much fun to watch is her ability to never give up. We see Komi going through some hardships throughout the anime. Some are as small as ordering coffee for Najimi. Others, however, are very intense, such as a tight relay race or being forced to sit out the fun after injuring themselves in the pool. Komi goes through life with such a disability but she is always willing to help those around her. She rushes in to help Tadano with his after-school chores or rushes to help Najimi at her maid cafe. Yes, Komi can be shy and lovable. Her cat ears popping up whenever she gets excited will always be a joy for you to watch. Yes, Komi is very beautiful. She has countless fans, however, it was Komi’s unwavering perseverance in the face of adversity that helped her rise to number one.