Top 10 Anime with the cutest Sadodere


Anime girls can come in a lot of different shapes, forms, and personalities so finding your type can be quite challenging. Do you like cute, shy cartoon girls like Kosaki Onodera from Nisekoi, or do you like tough girls like Revy from Black Lagoon? Maybe you like tsundere girls similar to Taiga Aisaka from Toradora. The choices are endless but a recent anime series has rocked, the kind of anime we don’t often see, sadodere.

Sadodere is a troublemaker who enjoys manipulating other people’s emotions, often for fun. Usually a Sadodere will toy with another’s love to stimulate emotions and enjoy humiliating that person. Sadoderes are often defined by their sadistic tendencies, and can be violent and cruel to others and even more so towards those they love. They always have a severe lack of empathy, however, some sadoderes are able to redeem themselves. Sadodere is known to hurt others physically and emotionally. And here are 10 anime with some of the cutest, cutest Sadodere. 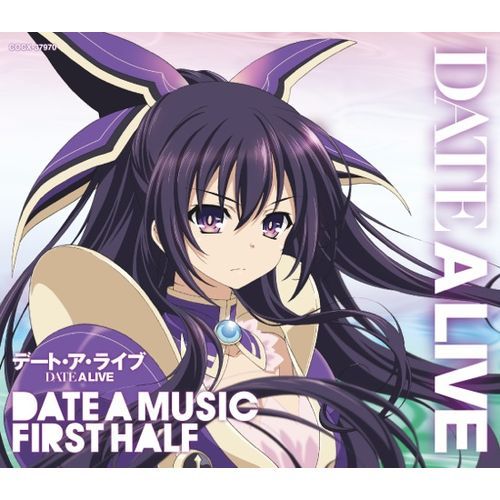 The story revolves around a male student named Itsuka Shidou, who meets a spirit girl from a destroyed world who has caused many spacetime tremors. And the boy must stop the girl by date her.

Date A Live is a harem series that introduces a new girl every few episodes, but one girl in particular has become everyone’s favorite from her very first introduction. Kurumi Tokisaki is super cute and pretty sexy in an outfit like lingerie but that outfit isn’t just about showing off her cute body. Kurumi is a Sadodere who likes to tease her victims with possible “opportunities” before destroying them with her strange otherworldly powers. If you can survive her abilities, you’ll probably find a chance to perform an act on Kurumi… but the chances of that are pretty slim.

At first glance, Taro Sado seems quite normal, but hidden inside is a secret that he fears will make people hate him. Taro is a die-hard masochist who likes a girl who can cause him pain of any kind. Wishing to erase his inner masochism, Taro joins the Second Volunteer Club which aims to help any student with any problem. Unfortunately, the club president Mio Isurugi is far from her normal self because she has a huge God Complex. Will Taro be able to remove this side of him or will he be triggered by Mio’s “recovery” process?

MM! It’s a pretty silly romantic comedy. Mio may look adorable and cute but the Sadodere inside is very quick to show up especially towards Taro. Mio obviously starts to fall in love with Taro as the series progresses but her way of falling in love is a bit violent. 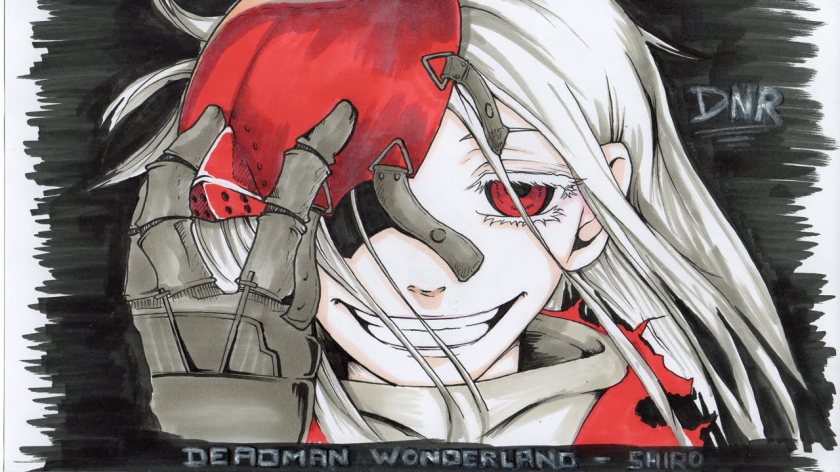 Based on the manga of the same name, a violent shounen series. The story is about the male character Ganta Igarashi, witnessing a horrific massacre in his classroom and he is the only survivor. He is then arrested for a crime he didn’t do and sent to a prison called Deadman Wonderland, where many trials and mysteries await him.

Did you know Deadman Wonderland has one of the best Sadodere in all of anime? We know some of you might say Minatsuki Takami and you’re right. Despite her innocent charms, Minatsuki is a cold-blooded sadist who enjoys torture and violence. Minatsuki can be cute but be warned, this girl will love you with a ferocity you may not survive. 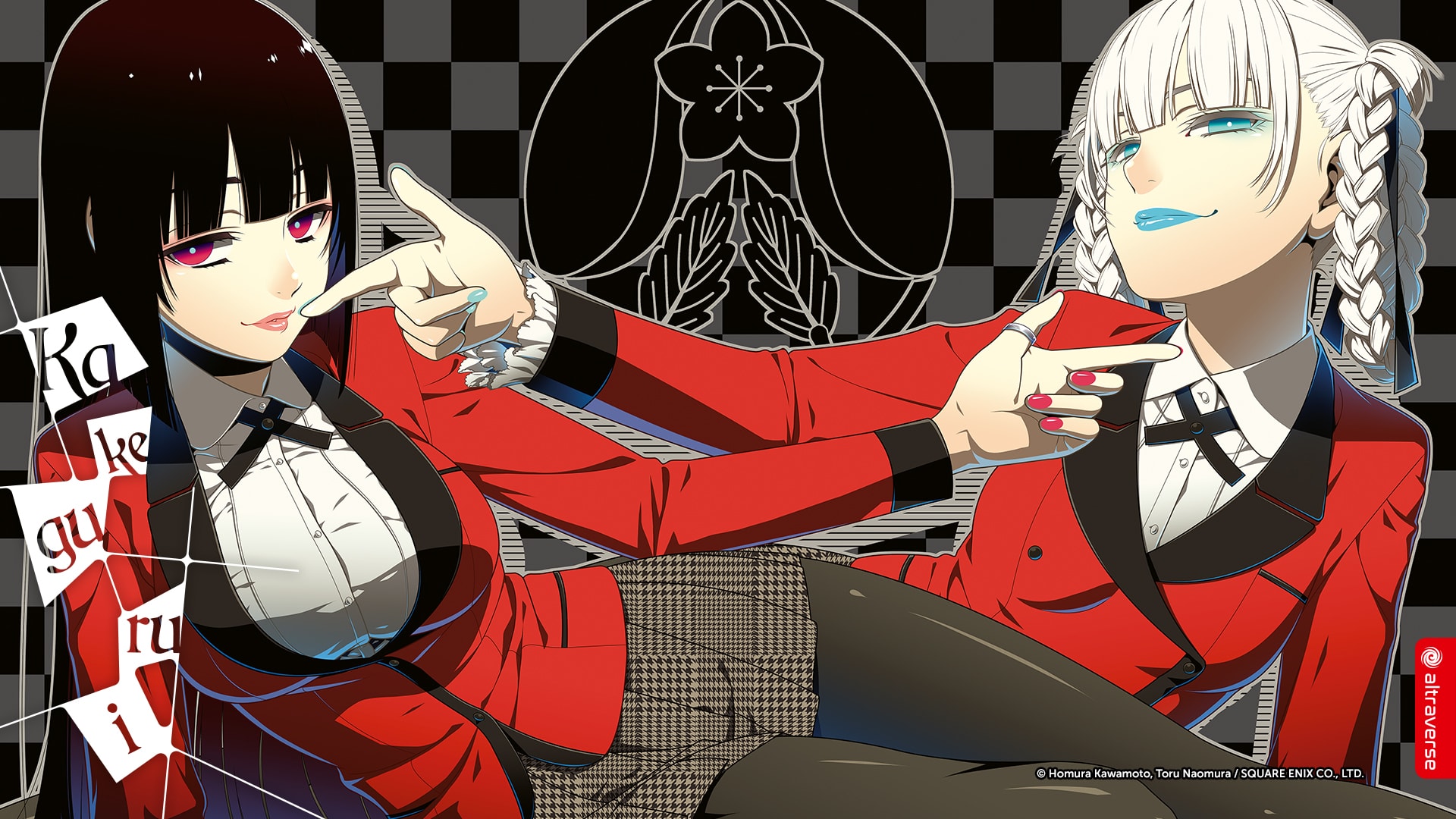 Hyakkaou Private Academy is a place for high-class students with a huge resume. Do you understand? When you’re the sweet boy of an aristocratic family, something like good academic performance or good sportsmanship is completely unnecessary. As a man born to hold power, all you need is a head full of intrigue and grasp the thoughts of others. And there is no better way to practice this skill than… gambling! Yes, gambling is almost the main “subject” at this academy, not only to exercise the head, but also to determine the class in the school. At Hyakkaou Academy, the winner is the king, the loser is the beast. But until Yumeko Jabami appeared, she taught these students what a “life and death gamble”.

Kakegurui is a gripping anime with lots of high-stakes card games and dramatic challenges but it also has a bunch of Sadodere roaming around. Besides the very cute and extremely sexy heroine Yumeko, there are other Sadodere waiting for your affection. You can love the blonde bombshell Mary Saotome, who collects nails from her defeated opponents, or the quirky Midari Ikishima, who will love you if you’re willing to play Russian roulette. Kakegurui is heaven for sadodere fans. 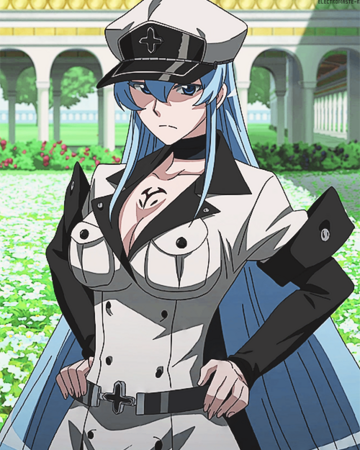 The Akame ga Kill story revolves around Tatsumi, a passionate young man. Originally from the countryside but with a little ability in martial arts, he went to the capital with the purpose of earning money to rebuild his village. Only to discover the rotten society that is deeply ingrained in the people and the country, hidden through the flashy beauty of the urban bustle. In the stalemate of Akame ga Kill, making him lose his orientation for the future, a group of assassins called “Night Raid” has an invitation to join. And the battle against the corrupt empire to bring justice alongside the killer friends takes place in Akame ga Kill.

Akame ga Kill! is a fast-paced action anime filled with drama, supernatural, ghosts and some cute girls. Esdeath, the Empire’s secret weapon, is everyone’s favorite Waifu, who also happens to be Sadodere. Esdeath falls in love with the male protagonist Tatsumi in the series, but she shows her love in a rather difficult way. Not only is she willing to kill for him, but she also knocks him down to prove her fierce love. Sadodere girls like Esdeath are scary but you can’t deny… they are adorable. 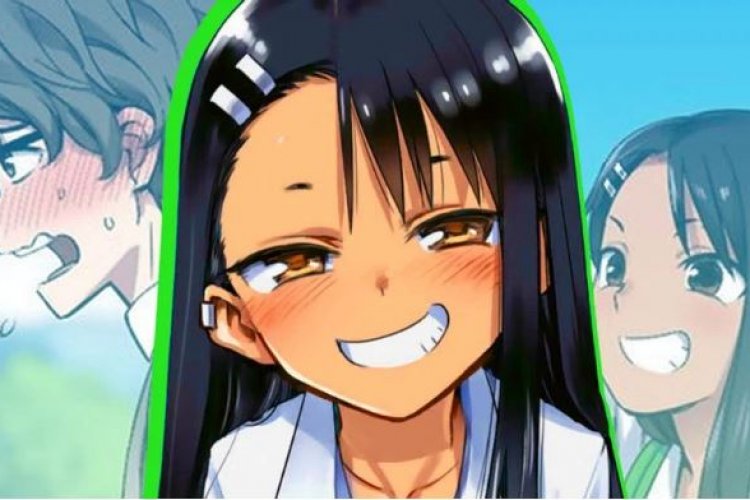 High school student Hayase Nagatoro loves to spend her free time doing one thing, bullying her Senpai. After Nagatoro and her friends stumble across drawings of an aspiring artist, they take pleasure in mercilessly bullying the shy Senpai. Nagatoro is determined to continue her cruel game and visits him daily so she can force Senpai to do whatever would benefit her at the time, especially if it makes him uncomfortable. Slightly irritated and somewhat afraid of Nagatoro, Senpai is constantly drawn into her antics as his interests, hobbies, looks, and even personality are all used against him as she solves his problems. at your expense. As time passed, Senpai realized that he didn’t like Nagatoro’s presence.