A staple in Japanese religion and culture, shinigami are considered the god of death or death spirits that invite people to death. Shinigami, both in folklore and anime, are represented as monsters, dark creatures, and even angels, carrying people who have passed their time into the afterlife. In the anime, we see Shinigami depicted in different ways. Below is a list we believe to represent the best of Shinigami in anime. Whether stick with traditional lore or combine it with a bit of modernity, we hope you enjoy. 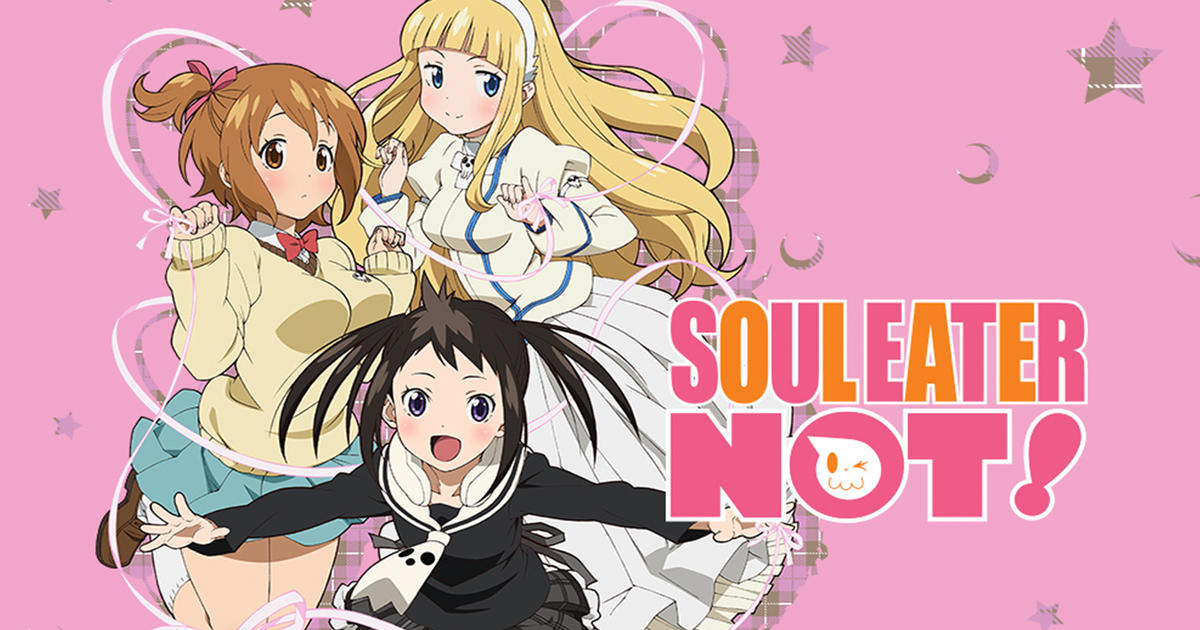 Soul Eater Not! is a work of fiction. At Death Weapon Meister Academy, humans are born with hidden powers and transform into their weapons. They use these weapons (Meisters) to practice and hone their natural talents. The main protagonists of the series are enrolled in the Special Talent class, where they are trained to become warriors of justice capable of defeating enemies that pose a threat to the world. Other practitioners at DWMA are less talented. Practitioners of the Target class often focus less on being warriors of justice and more on controlling their powers so that they don’t hurt themselves or anyone around them. Tsugumi Harudori, a new student, meets Meisters Meme Tatane and Anya Hepburn and she is confused about which of the two new friends should be her perfect partner. As they learn to use these powers and settle into their lives, their lives go on as normal as other practitioners.

Soul Eater NOT! is an anime that helps people realize their own strength in the face of death. Although the shinigami don’t appear to be in this anime, their influence is all around them. Death Weapon Meister Academy was founded by one of the strongest Shinigami around, Death. The students are trained in the methods of shinigami and learn to face their fears and build their characters around the shinigami.

9. Shigofumi (Shigofumi: Letters from the Departed)

The story follows Fumika, a girl who transfers Shigofumi (letters from the afterlife). Each episode is a short but deeply condensed story, and through each episode will gradually reveal about the main character’s life before she became the sender of Shigofumi, about why she became a transfer agent. Shigofumi. The last words can be very important, whether it is a simple statement or words of regret or wisdom. There is a lot of meaning behind the last breath and the chosen words. Fumika brings these words to the living and helps them overcome the death of a loved one.

Shigofumi is an extremely sad anime about human passing and how it affects both the living and the dead. Fumika plays a very important role in this exchange and he has a dark secret. The Shinigami are not depicted as terrifying creatures in this anime but as intelligent beings who must fulfill their mission and help the dead and the living move towards a more peaceful future. 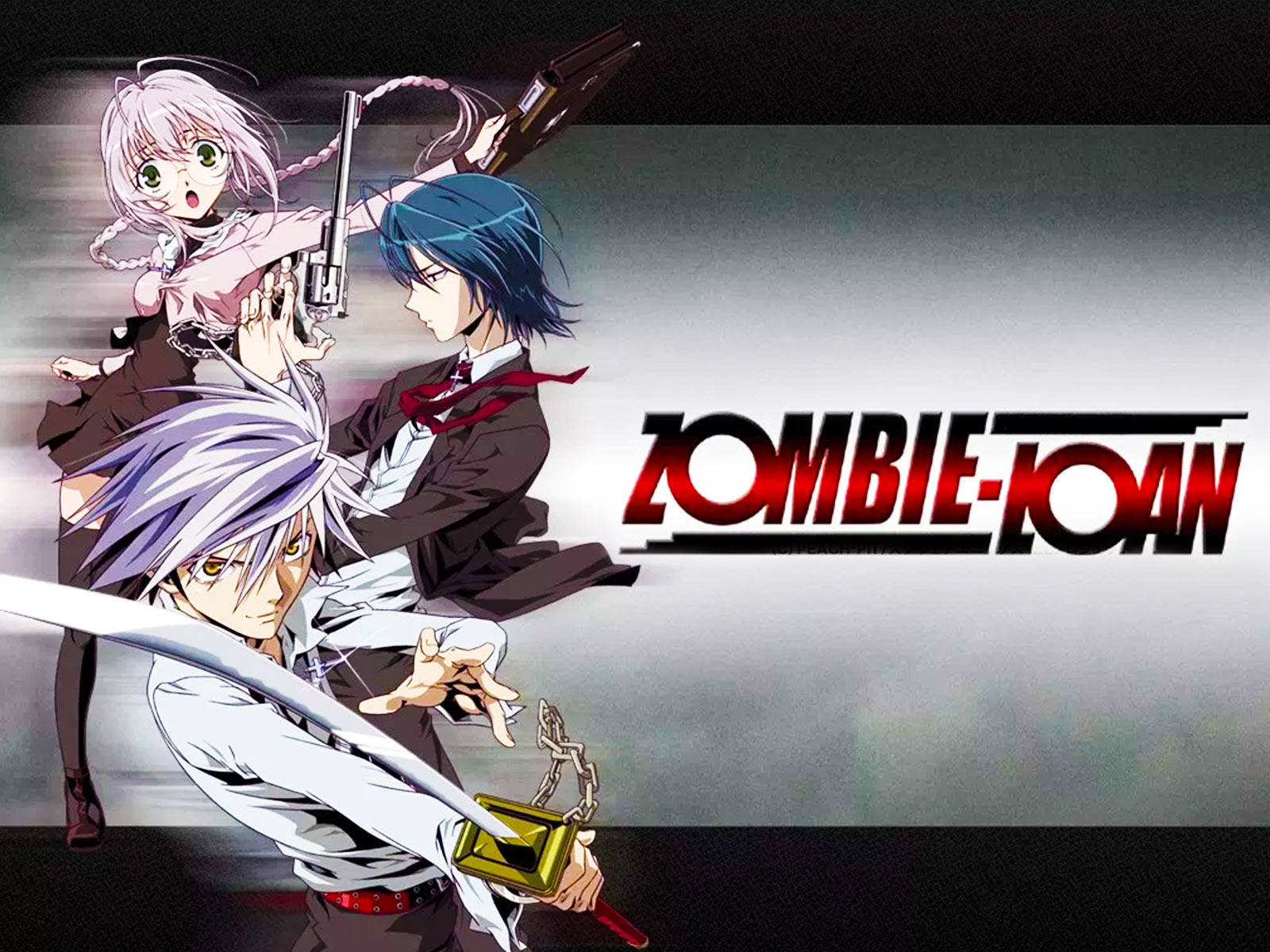 When a person is about to die, a gray band will appear on their neck. And over time the ring will get darker and darker until it is completely dark, at which time the person will die. Kita michiru is a girl who possesses Shinigami eyes, so she can see the bracelet. When she encounters her classmates Shito Tachibana and Chika Akatsuki, she sees the necklace around their necks and realizes the fact that they died in a traffic accident 6 months ago. With the help of the Zombie Loan debt office, they got a second life, but their lives were bought with money, so the two became Zombie hunters, with the purpose of making money in exchange. get freedom. What would it be like to be able to see those close to their death? Michiru Kita does and she soon learns of a much darker world of which even two of her classmates are a part. By combining their abilities, they seek to destroy the zombies and make the world a safer place. With the grant of “Eyes of Death”, Michiru Kita was able to help her classmates Chika Akatsuki and Shita Tachibana. The three have to think about life outside of themselves and how they can help with the gifts they’ve been given. Responsibility is paramount in this anime and makes it inspirational and impactful. 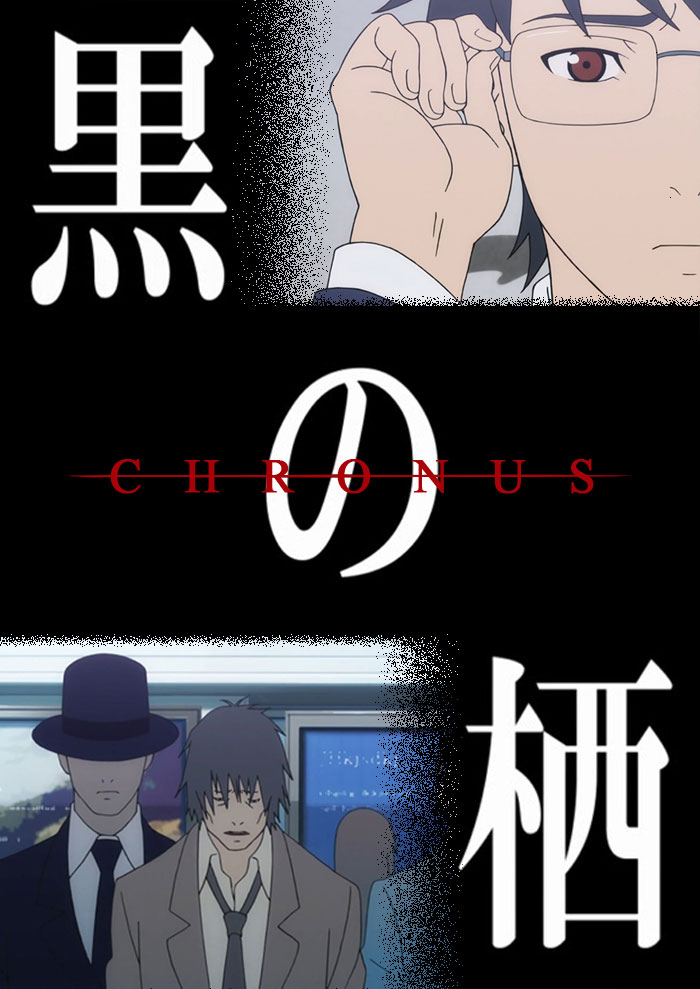 “In the end, everyone dies.” No matter how hopeful or full of happiness they may be, the cruelties of fate take away our loved ones. And unfortunately, I’m the only one who can see these grim demons.”

Kuro no Sumika: Chronus is a drama that focuses on high school student Makoto Nakazono, who has a small dark secret. Ever since Makoto was a boy, he has been given the ability to see the god of death, taking people’s souls when they run out of time. One day, a god of death approached him, questioning him. In response, Makoto tells him that whether he is a god of death or not, there is nothing he can do to change things, as no one will hear or believe him.

In this film, the shinigami are depicted in their most common sense; supernatural beings that send souls to the afterlife. Watching Makoto navigate life with this ability is both a blessing and a curse, as he can see when someone is about to die, but cannot do anything about it. An even more unfortunate position for Makoto is that he cannot reveal his secret, for fear of being seen as crazy.

6. Yami no Matsuei (Descendants of Darkness) 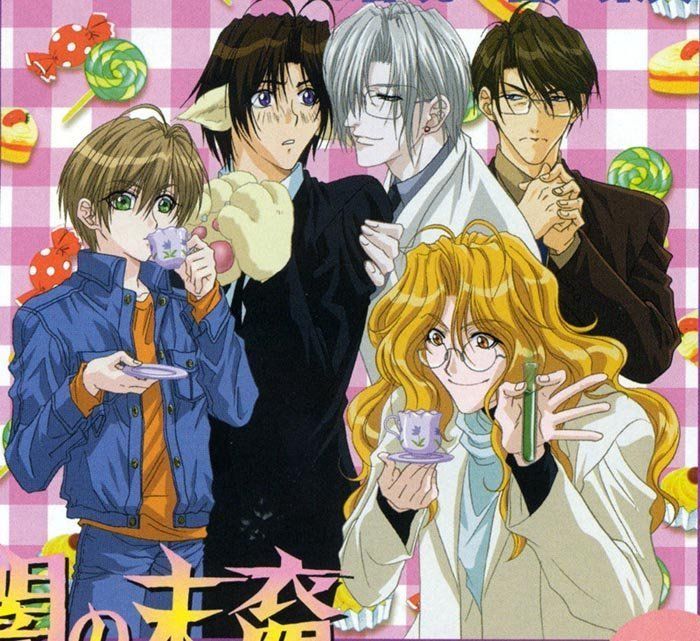 Death is not spooky and filled with supernatural beings in every anime. For Shinigami, Tsuzuki Asato, death is just endless paperwork and an unhappy work environment. Despite his boring work-life balance, he finds joy and happiness with his new partner, Kurosaki Hisoka. Together, the couple will confront both their past and their future together.

This entertaining anime about two excellent Shinigami will have you laughing and refreshing in your chair. Yami no Matsuei will transport you to a world where death is not somber and ominous but rather boring and mundane. It is the perfect bridge if you are looking for an anime that is both suspenseful and funny. 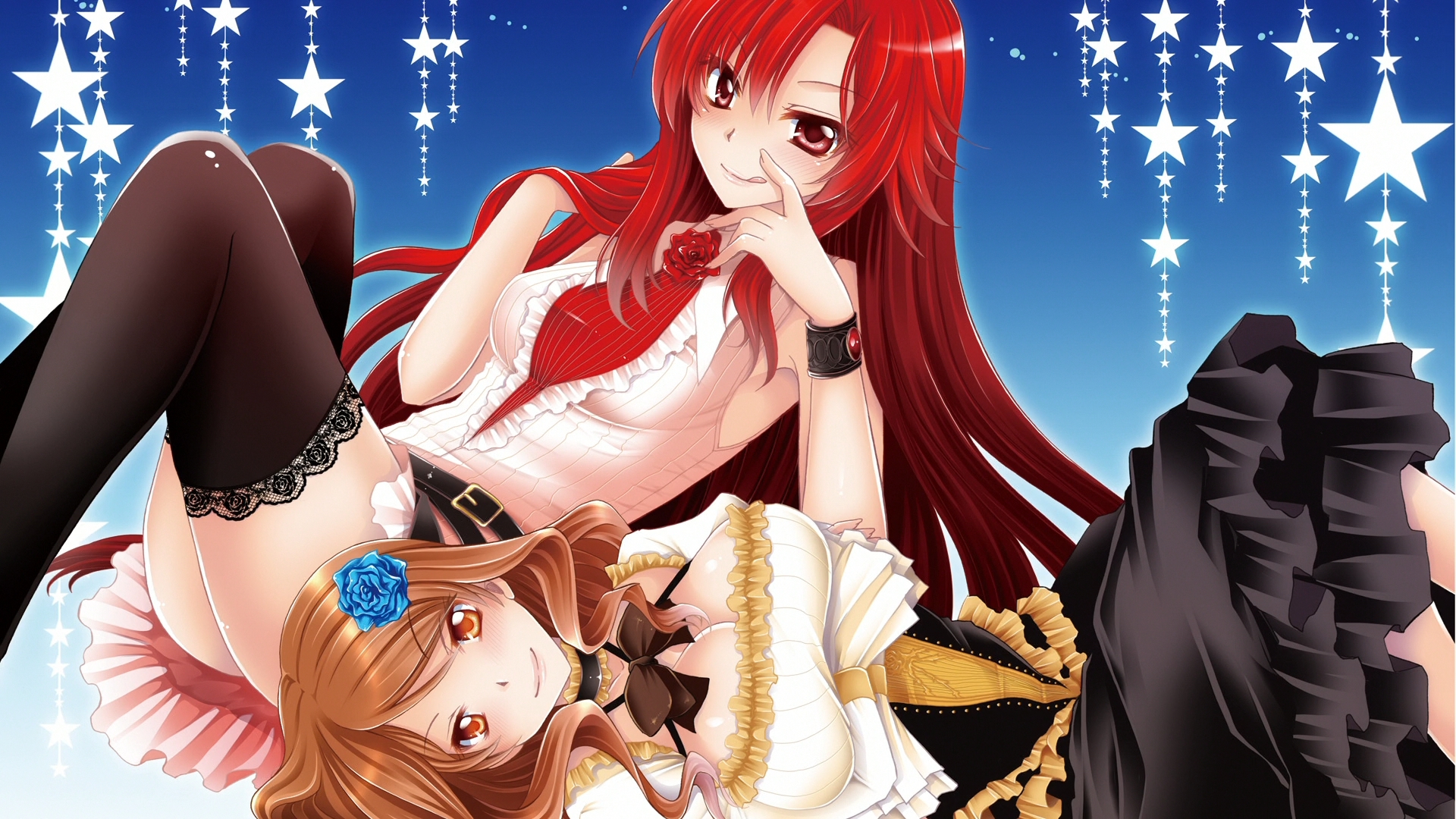 The plot revolves around Kaga Ryosuke a dark-minded high school boy. One day he meets a beautiful girl named Lisara Restall standing alone in the rain and Ryosuke decides to help her but then he learns she is a shinigami who is on a mission to find someone special and she contracted with him by stabbing Ryosuke with a magical sword so that she could drain his soul energy to sustain her existence in the human world. Ryosuke also helps Lisara in her quest to fight off the enemies when they appear, with the idea of ​​helping the beautiful girls without knowing what will happen as well as trying to keep himself alive for the sake of his life. he is the key to Lisara being able to stay in the world she is in, he can use the magic sword that Lisara stabbed into her body as a powerful weapon when her dark thoughts are at their peak and become a completely different person.

It’s a fun story to follow, this anime takes a fun and carefree approach to death god folk tales. 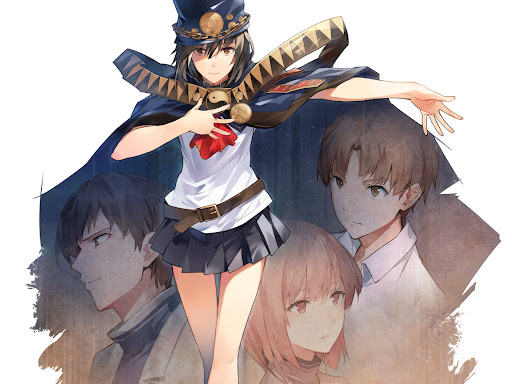 When dozens of disappearances of female students occurred at Shinyo School, experts and police all thought that these were just run aways, but some students felt that things were not so simple. There is something very shady. Is this caused by Boogiepop? Within the four walls of Shiyo Academy, a deep secret is spread around, a rumor that the fearsome Boogiepop has returned. Boogiepop targets the school because she attacks young people at the peak of their beauty and all the students fear that they will soon face death. Between hibernation, everyone thought they were safe, but when she woke up it was a time of panic for everyone in the city.

If you’re looking for a better view of Shinigami, Boogiepop wa Warawanai is for you. It features dark streets from a horror story and leaves you in awe of what might be lurking in the dark. 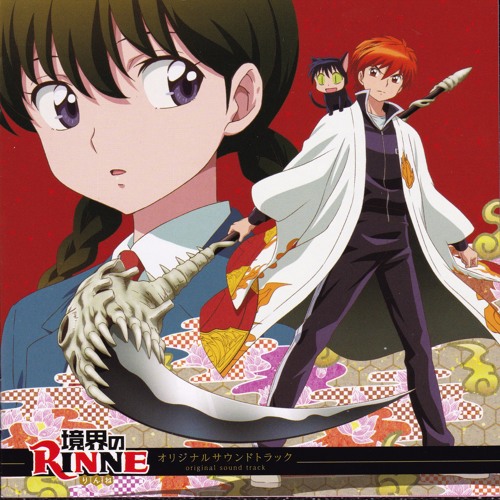 The story opens with Sakura Mamiya’s unclear memories of her childhood of a world and a giant wheel when she was once lost. Since then, Sakura has gained the ability to see ghosts, something she never wanted. Sakura meets Rinne Rokudo, who was absent during the first month of the school year. After letting Sakura know he was a Shinigami, he tried to erase her memories but failed. Sakura has been side by side with Rinne in the work of helping souls to be liberated.

RIN-NE is definitely an interesting anime to watch. Although his shinigami job description is to call these lost souls to where they need to go as soon as possible, instead, Rinne is patient. guide them until they are sure they are ready. As Rinne shows a deep respect for her partner and friend Sakura, their relationship makes this anime a heartfelt series to experience. 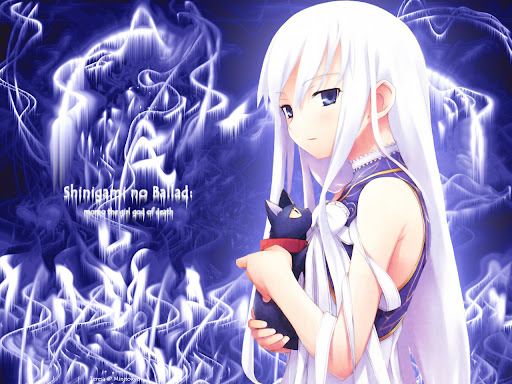 Shinigami no Ballad focuses on the experiences of a shinigami named Momo. As the Goddess of Death, Momo’s job is to carry souls, taking the lives of those who want to live and those who want to die. In six short episodes, we can observe the story of a pure white shinigami, whose hands are stained with death, but still very childish.

A sweet and lovely anime, Shinigami no Ballad. gives viewers a different perspective on the duties and responsibilities that come with being a reaper and reaper. Featuring calm themes and elegant animations, it also reflects some of the thorny issues that are not often discussed in anime, such as how to deal with the death of a loved one. Importantly, Momo reaches out to those who really need help, reminding them to live to the fullest because no one can predict death as well as a shinigami. 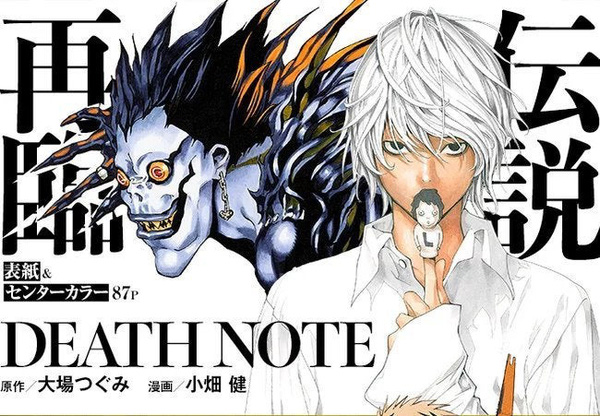 Yagami Light is a very intelligent high school student who always finds life around him boring and resentful of the crimes and corruption happening in the world. Yagami’s life only changed in 2003 after he stumbled upon a mysterious notebook called the Death Note (Desu Nōto). The manual on the notebook clearly states that those whose names are written here will die. At first Yagami doubted the authenticity of the notebook, thinking it was someone’s mischievous prank. However, after using it to kill two criminals, he believed in the magic of the Death Note. When he meets the god of death (shinigami) holding a notebook named Ryuk, Light decides to become the god of the new world by replacing the law that judges criminals with a single sentence, death…

Shinigami Ryuk is one of the most famous Shinigami in anime. Is the most realistic and fun Shinigami we see in anime. Death Note tops our list for its influential characters and plot. The combination of Shinigami creates a dark and creepy anime.