This may not be the most popular Japanese anime genre, but all of these anime are worth checking out if you’re looking for something new to watch. The anime listed may have a variety of subgenres, but they are all about gangs in one way or another. Here is a list of the best gang Anime, let’s explore together! 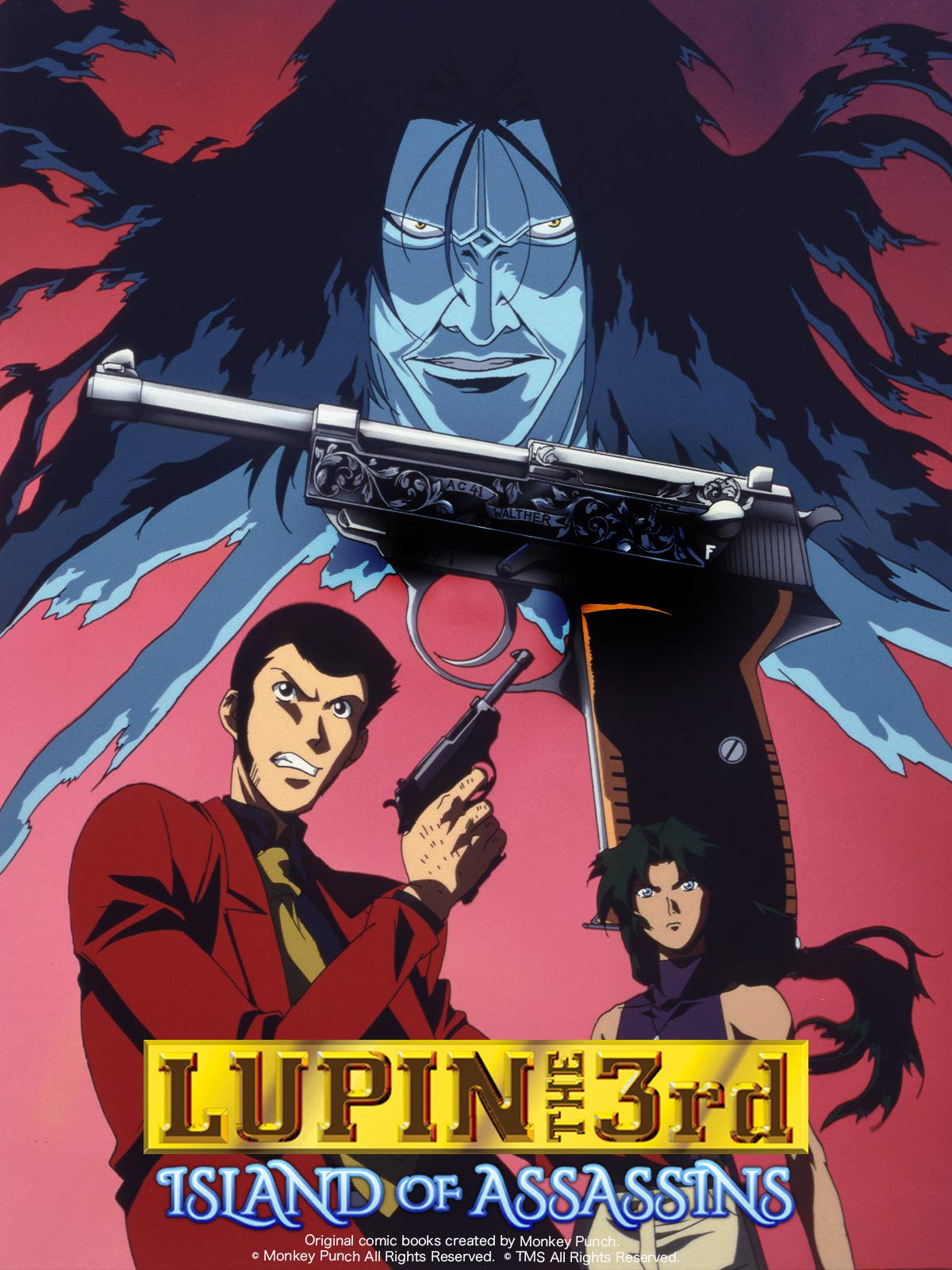 Lupine investigates news of a fake version of one of his trademark calling cards during a high-profile party. A group of assassins, the Tarantula, attack the party and murder the host. Zenigata, investigating the card, pursued Lupine but was eventually shot and wounded by a silver Walther P38. Lupine, catching a glimpse of the familiar gun, is determined to avenge not only Zenigata, but an entire episode of his past. Mitsuhashi Takashi and Ito Shinji accidentally meet at a salon, the two boys are new transfer students and take this special opportunity to change. They decided to start being “rogues”, Mitsuhashi with curly blond hair and Itou with a porcupine head. The two become partners but have different views. Can these two become the “Couple of Cards” resounding in the world of delinquents? 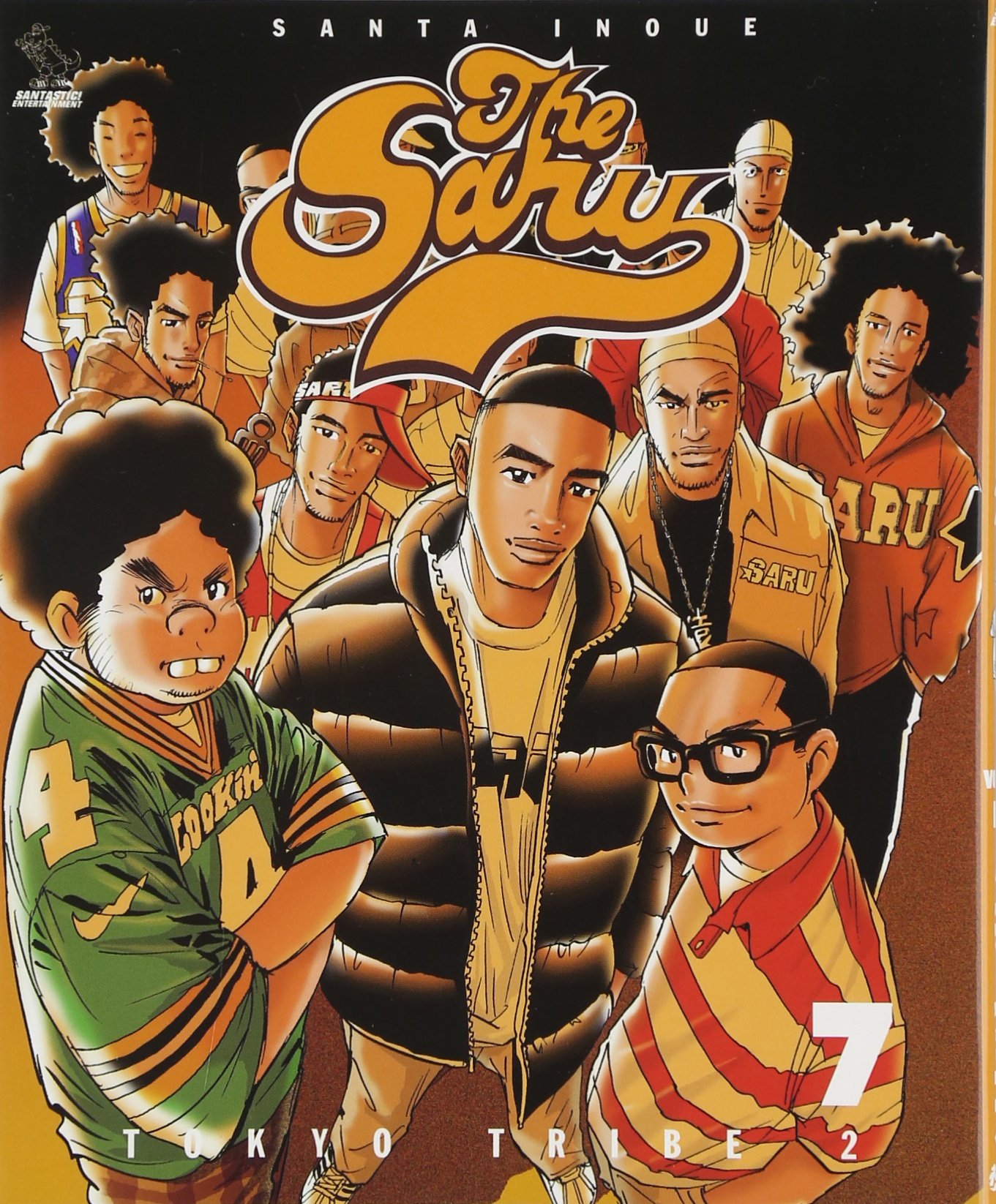 Five years after the Shibuya riots, the Tokyo Tribes were enjoying a period of relative peace, until Kim and two other members of Musashino Saru invaded Wu-Ronz’s territory in Bukuro. Mera, the leader of Wu-Ronz, kills three Sarus, under the assumption that they are members of the Shibuya Saru. Two days later, after searching for his friend’s killer, member Kai of Musashino Saru ran into Mera. Their old high school friends, the two fell into a confrontation that resulted in the death of Tera, the leader of Musashino Saru, and set the stage for violence between the Tribes. 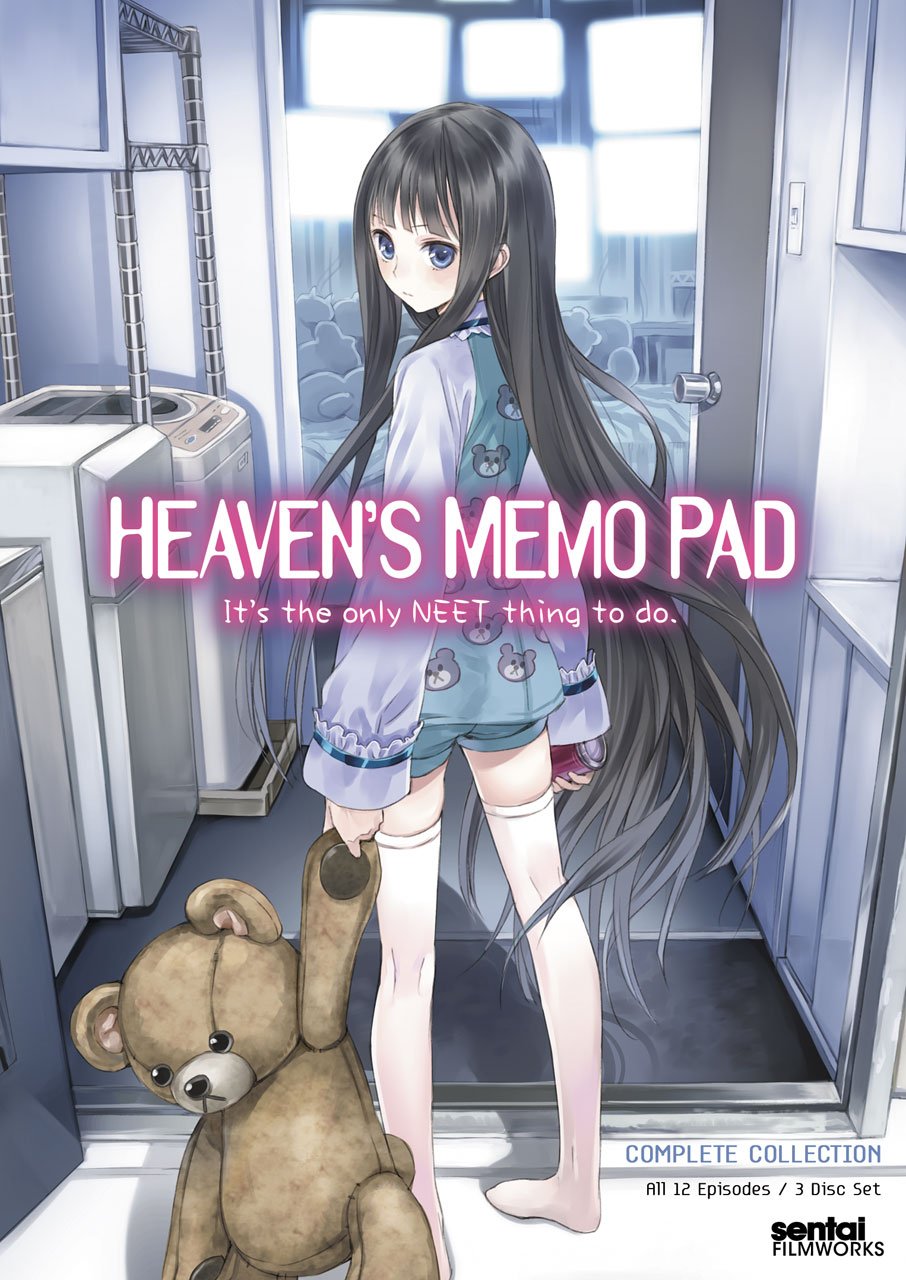 Narumi Fujishima is a high school student who keeps herself out of school life to the point of not knowing most of her classmates’ names. Due to some circumstances, he has to join the “Garden Committee” of his school, along with Ayaka Shinozaki. He is also persuaded to join NEET, an amateur detective agency full of unemployed people who take on and solve cases on their own. The agency NEET is led by “Alice”, a childish, anti-social extremist who never leaves her room full of computer screens and stuffed animals. However, Alice has proven herself to be a resourceful hacker and an incredible detective. Throughout the series, Narumi, along with other members of NEET, solve crimes, including murders, using their limited resources and Alice’s genius mind. Sometime in the future, somewhere in Europe, a city with many underground floors, even a level of secret danger has an answer to the past. Mihai is a retired assassin who has returned home to open a diner and start a new life as a restaurateur. Haine was genetically tested as a child, which resulted in him possessing dog-like attributes. Badou is his clumsy chain-smoking partner who becomes deranged when denied smoking. Naoto was orphaned at a young age and lost his memory. She was trained to use the sword. Their past is somehow connected to the secret underworld and the organization that controls it.

The film is set when Japan is secretly ruled by seven kings of spiritual clans known as the Seven Colored Families. Yashiro Isana, a seemingly normal student from Ashinaka High, is the target of Red Clan’s HOMRA and Blue Clan’s Scepter 4, following the murder of pacifist Tatara Totsuka from HOMRA. With the help of a skilled swordsman named Kuroh Yatogami and a Strain cat with cross-sensory abilities named Neko, Yashiro has rediscovered his true identity. 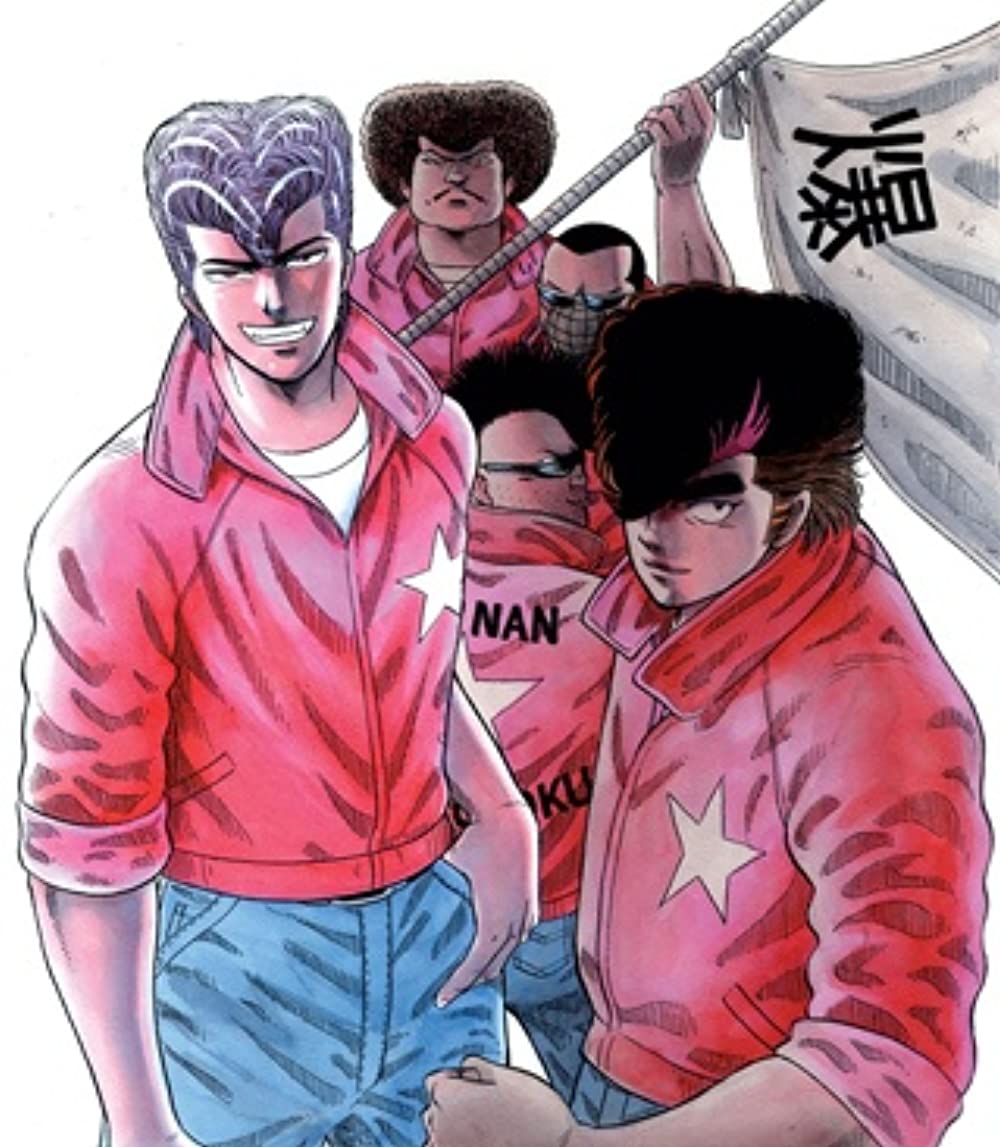 In Japan, the country that inspired the slogan “Born to be gentle”, the blood of young men is still boiling. In the old days, they went to the country and used swords to hack each other, but nowadays with schools, that is not very practical. So some of them do something very non-Japanese. They rode on a large bicycle, bellowing around annoying people and hitting anyone they deemed disgusting. Now meet Eguchi Yousuke, the leader of a high school Biker gang and the school’s arts and crafts club. Which means he divides his time between fights and elaborate sewing. And if you think he’s weird, wait until you meet the rest of his gang… 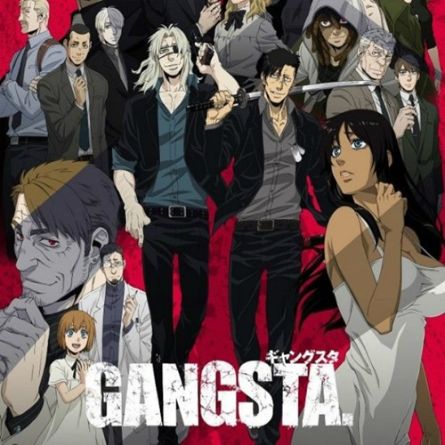 In the town of Ergastulum, a town overflowing with guns, bullets and Mafia blood. Benriya, the convenience store that hires Nicolas and Worick for all sorts of dirty jobs no one wants to touch. One day, they were asked by the police to clean the area for a Mafia family with blood in the face. The job seems simple, until they start to realize what they just got into is much more serious. 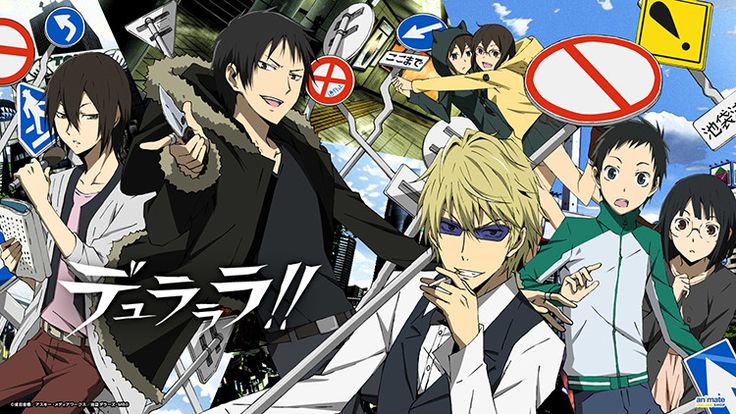 Ryugamine Mikado is a teenager who longs for an exciting city life. At the invitation of his childhood friend Masaomi, he transfers schools to Ikebukuro. Masaomi warns him about people he shouldn’t run into in the city: an aggressive man dressed as a bartender, a news snooper, a mysterious gang calling themselves the Dollar. And most of all, Mikado met a rumored character: a headless monster and a black motorcycle. And like that Durarara!! as a colorful picture of city life. A mystery shrouded in distortion of the night with people with different fates. Takemichi Hanagaki, a 25-year-old unemployed man, discovers that his ex-girlfriend, Tachibana Hinata, as well as her younger brother Tachibana Naoto have been killed by the Tokyo Manji (referred to as Toman) gang. When Takemichi is pushed from the station onto the tracks, he suddenly goes back 12 years to 2005. He meets Hinata again and informs Naoto of the deaths of both Naoto and his sister 12 years later. After the two shook hands, Takemichi returned 12 years later, only to discover that he was still alive, saved by Naoto, now a policeman. It turns out that Takemichi has returned to the past, creating a time paradox where Naoto lives. Naoto guessed that every time he shook hands, Takemichi would go back in time exactly 12 years ago. Using the knowledge 12 years later, Takemichi swore to save Hinata. In the past, Takemichi was caught in a betting fight, presided over by Kiyomasa, a member of Toman. Takemichi made Sano Manjiro (Mikey), the chief of Toman interested and decided to befriend him, due to his similar personality to Mikey’s brother. Takemichi discovers that thanks to his friendship with Mikey, he has saved his friend Sendo Atsushi (Akkun) from going to prison. However, Akkun committed suicide due to the failure of the mission Kisaki Tetta forced him to kill Takemichi in 2017, realizing the danger of Toman.