One of the most common weapons you will see in most shounen manga is a katana. From Roronoa Zoro to Tanjiro Kamado, swordsman seems to be one of the most popular character types for shounen mangaka. Some were considered honorary samurai while others were simply ruthless killers who happened to wield swords. But of all the types of swordsmen out there, some of the craziest are blind swordsmen. So, here is a list of some of the strongest blind swordsmen to ever appear in the manga.

5. Mamoru Hijikata from Shi ga Futari wo Wakatsu made (Until Death Do Us Part)

Mamoru Hijikata may be the least known swordsman among the other monsters on this list, but when it comes to his sword skills, he is considered one of the best sword wielding characters in the manga world. .

Mamoru was already a highly skilled swordsman before losing his eyesight. Once he is already blind, Mamoru uses high-tech glasses and a walking stick to help him see some sort of simplified version of three-dimensional objects. But when facing enemies, Mamoru relies more on her ability to detect enemy killing intent. Not to mention, Mamoru also wields a sword with a blade that uses bleeding edge molecular technology that allows him to cut virtually any substance on earth. All of that combined has made Mamoru a much more powerful swordsman than before. 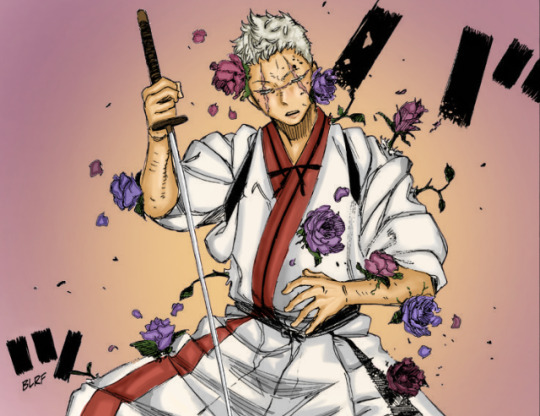 The samurai in Hell’s Paradise weren’t just ordinary samurai – they were executioners. Even more than an ordinary samurai, an executioner must complete their job with a firm slash as it will only cause unnecessary pain to the subject. That was why a blind person like Shion was even more amazing not only to become an executioner but also to climb to the top as one of the best among the Yamada Asaemon clan.

The reason why Shion was able to do this impressive feat despite losing his eyesight is because he perceives the world in a different way. He has the ability to “see” life force energy, called Tao, emanating from everything around him.

Shion has been able to see Tao since he was a child, so he is much more proficient than most people his age. “Seeing” and “feeling” his opponent’s Dao allows him to use his sword effectively with extreme precision. Not only that, but Shion is also able to use his own Dao to enhance his strength to the point of becoming one of the strongest characters in the series. 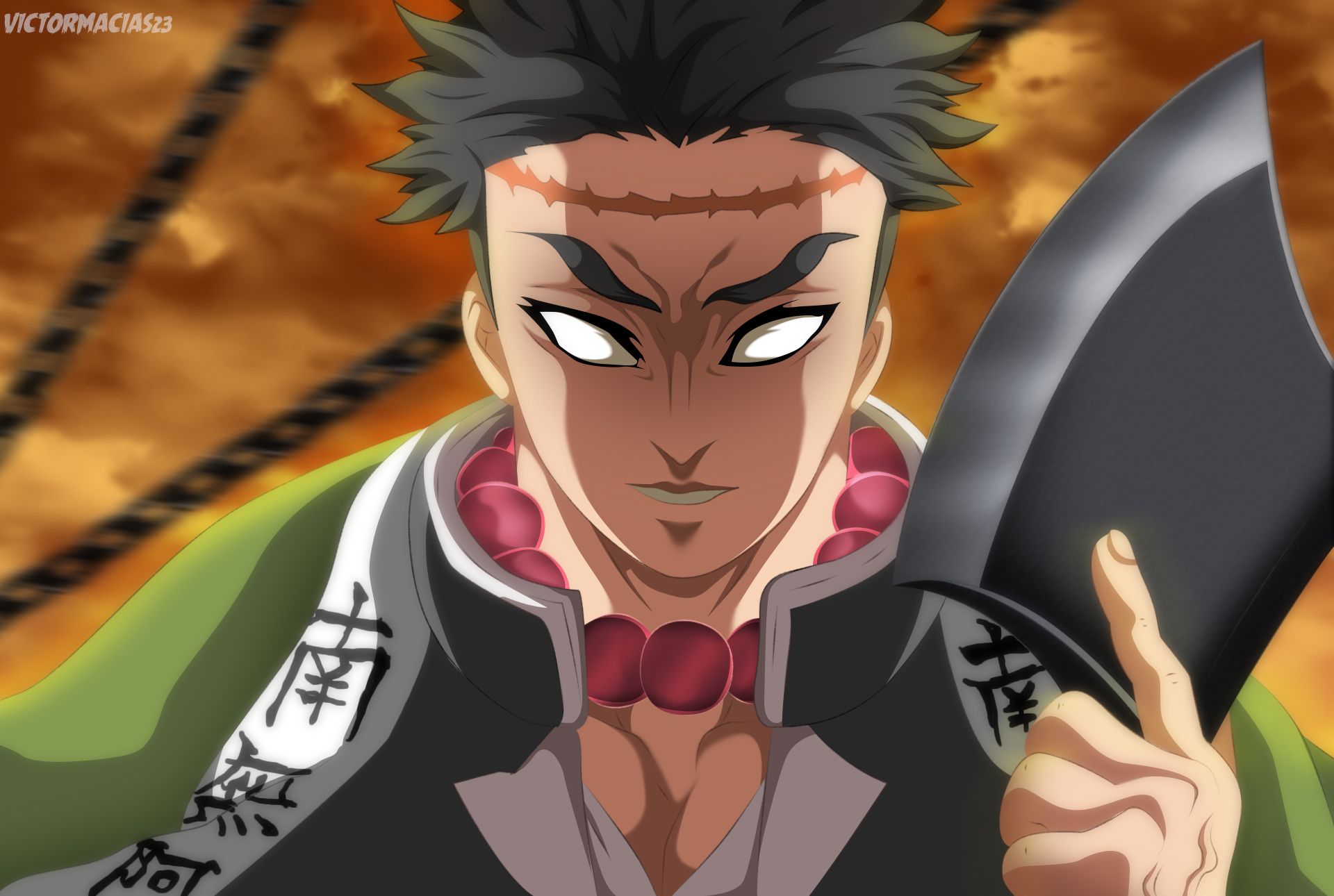 “Hashira” is a title bestowed on the strongest warriors in the Demon Slayer Corps. Only a handful of people have been able to achieve this level of strength in every generation. Gyomei Himejima is the current leader of Hashira and also the strongest of them all. Gyomei is a bit of an exception, not only among the other Hashira, but among the other characters on this list. The reason was because he didn’t actually use a sword. Gyomei’s main weapon is something called a Kusarigama, a small but thick ax connected by chains to a spiked ball.

Kusarigama is a difficult weapon to use for the average person, so the fact that the blind Gyomei was able to master it is a testament to how skilled and powerful he really is. One of the main reasons why Gyomei is able to do unthinkable things without his eyesight is because of his super-enhanced hearing. Add to that his access to the “Transparent World” later in the series and he’s pretty much one of the most powerful humans in the world. 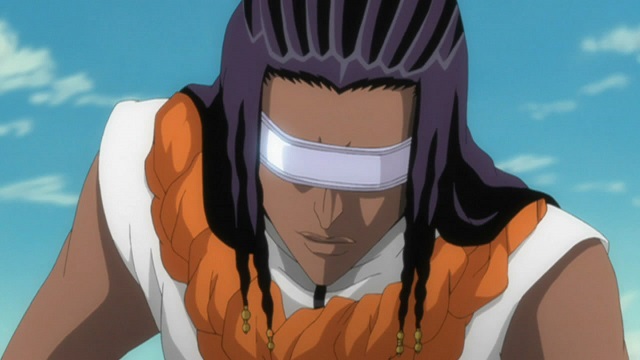 If we are talking about blind swordsmen in shounen manga, then one of the most iconic characters is undoubtedly the former captain of the Gotei 13’s 9th squad, Kaname Tosen. He has been blind since birth, but in exchange for losing his sight, he gains the ability to better perceive the spiritual energy (Reiatsu) of everything around him. It was like an enhanced version of Shion from Hell’s Heaven.

Tosen’s extreme Reiatsu sense combined with his mastery of swordsmanship, strategic combat ability, and mastery of Kido techniques make him one of the top martial artists even among the other captains. in Gotei 13. Tosen famously confronted the monster Kenpachi Zaraki. And if you consider the bankai and the multitude of attack variations that Tosen has, he is definitely one of the strongest swordsmen on this list.

1. Fujitora from One Piece 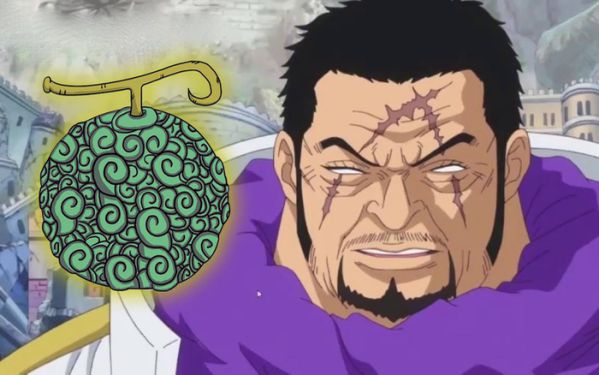 There are many insanely powerful characters in the One Piece world. Some were from the Pirates’ faction, while others were from the legit Marines’ faction. And when it comes to the Marines, the people at the top of the food chain are the Admirals. Each Admiral has the power to destroy a nation of their own. But one of the most interesting admirals right now is a man named Fujitora. He is a blind middle-aged man who enjoys gambling. He is also a master swordsman who can control gravity.

Unlike the other characters on this list, Fujitora’s blindness is a result of his own because he is so tired of witnessing all the evil in this world. However, his powerful Haki allows him to perceive the world around him and it even enhances his reaction time. Fujitora’s full power is unknown at the moment, but he can easily create a meteor with his power and drop it on enemies.

Top 11 best Slice Of Life webtoons you should read immediately