The theme of animals has always been favored by filmmakers, with vivid expressions about animals, filmmakers have conveyed to viewers about humanity and the message of life. . Let’s take a look at the 5 best animal anime! 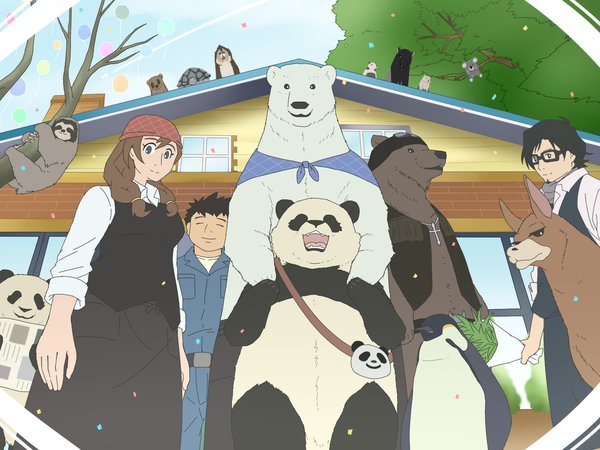 Polar Bear Café is an adorable life anime set in Japan, where sentient animals and humans live side by side. about Panda, who likes to eat bamboo and lie down all day. After his mother forced him to go to work, he applied for a job at Polar Bear Café but was ultimately turned down because of his lack of experience and work ethic. However, he becomes friends with the restaurant owner, Shirokuma, and many other patrons, including a sarcastic penguin.

Polar Bear Café is simple and episodic, Panda finally gets a job at the zoo, mainly serving children with cute acts in her exhibits. It’s an anime that’s charming and doesn’t take itself too seriously. There are lots of silly puns as well as humorous situations and repetitive jokes. As an added bonus, the characters and art style are lovely. If you’re looking for a relaxing anime, stop by Polar Bear Café.

4. Doukyonin wa Hiza, Tokidoki, Atama no Ue. (My Roommate is a Cat) 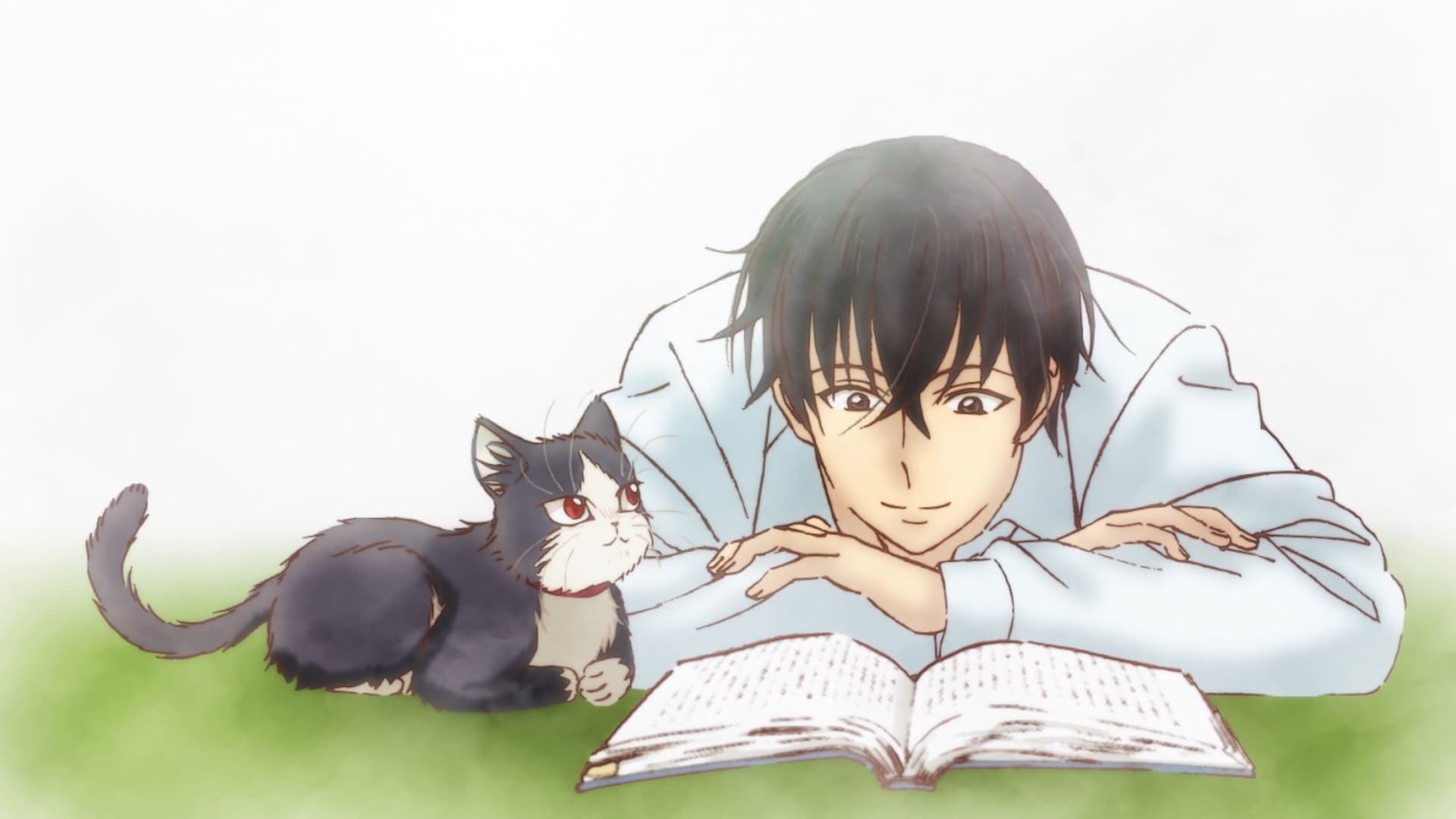 My Roommate is a Cat is a story about a quirky novelist named Subaru Mikazuki. He just adopted a stray cat and named him Haru. That’s how they started living together. Each story in the episodes will have two chapters, Subaru and Haru, told from each character’s point of view and point of view.

My Roommate is a Cat is a beloved anime series for a reason. It has a light tempo and gives you a comfortable feeling after watching. In terms of production quality, the light-hearted art fits perfectly with the emotional theme of the series, the character designs and music choices are subtle. If you are looking for a heartwarming animal anime, My Roommate is a Cat might be the perfect choice for you! 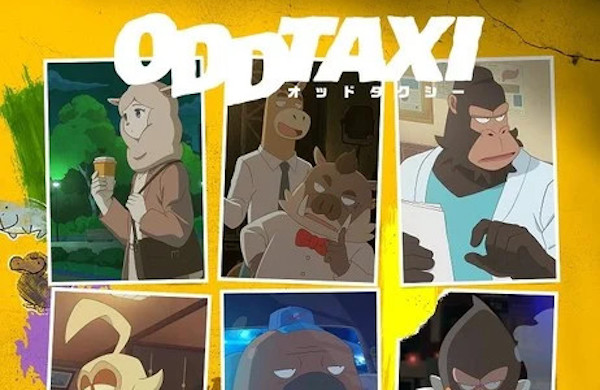 Eccentric and blunt, the Odokawa walrus lives a relatively ordinary life. He drives a taxi for a living, and there he meets some unique individuals: the unemployed Kabasawa who died of the virus, the mysterious nurse Shirakawa, the struggling comedy duo “Homo Sapiens” ” and Dobu, a known criminal. But Odokawa’s simple lifestyle is about to be turned upside down. The case of a missing girl that the police tracked down led to his return and now both the yakuza and a corrupt police duo are tracking him down. Set in an unfamiliar city known to unusual individuals, Odd Taxi is an eerie story about a humble taxi driver and the mystery of a missing high school student.

Odd Taxi is a mature series with solid writing. Although the characters Odokawa meets and the events that unfold at first appear to be unrelated, they are actually all connected. As the plot builds up bit by bit, all the elements of this story come together in one big event at the end. Aesthetically, the art style and animation are very realistic considering the all-animal cast. If you are looking for a good reality mystery, you should check out Odd Taxi!

Becoming an adorable red panda is harder than you think. Retsuko suffers from great stress from her job from both her mindless boss and snobby co-workers, who often take advantage of her diligence and modesty, pushing her further. or force her to stay late. Under so much pressure, Retsuko found a unique way to blow off steam: aggressive death metal karaoke.

Even though it’s only a single minute per episode, Aggression Retsuko manages to be hilarious and entertaining through its depiction of Retsuko’s relatable reactions to her annoying co-worker and her frenetic vocals. that. It was easy for many fans to stress to Retsuko that working in a stressful environment is something many people go through these days. Adding to the enjoyment, the character designs are simple and lovely and the colors are vibrant. Since the anime revolves around singing, there are also songs inserted into each episode. If you only have a minute to spare and you want a good laugh, try Aggression Retsuko. 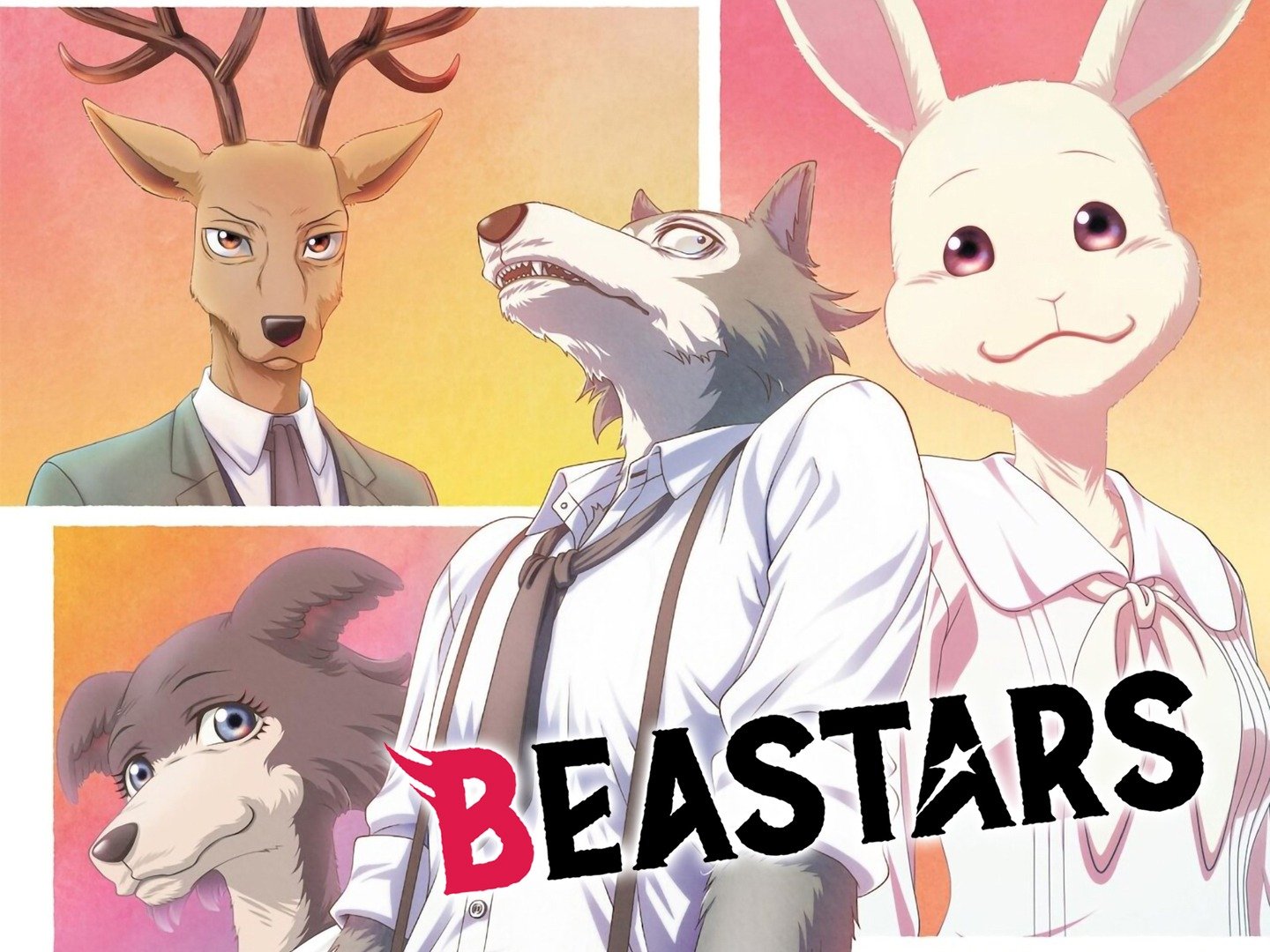 Set in an imaginative world filled with anthropomorphic intelligent animals, Beastars revolves around Legoshi, a wolf who attends Cherryton Academy. There is an inherent distrust between carnivores and herbivores and this was further aggravated after the killing of Tem, an alpaca. One night while Legoshi was on the school grounds, he had a fateful encounter with the little white rabbit Haru, who was unpopular with his peers. Legoshi eventually falls in love with Haru, but their relationship doesn’t seem to be going well given Legoshi’s predatory instincts and the increased tension caused by Stamp’s recent death.

Psychological, dark and unique, Beastars is a gem for the right audience. World-building goes in-depth, trying to give us an accurate depiction of what life might be like for anthropomorphized animals that are still subject to animal instincts. The plot unfolds little by little, keeping fans on their toes as they learn about the true nature of Stamp’s murder and the problems pervading this animal civilization. With prejudice and even violence between carnivores and herbivores and the inherent troubles of the two groups coexisting. Beastars is definitely an anime that encourages you to think about what makes a healthy society when the groups that live in it are so different from each other. If you are looking for a mature animal anime, we would really recommend Beastars to you.