New anime Jujutsu Kaisen is getting all the hype and love it from the masses. Jujutsu Kaisen is one of the most anticipated anime adaptations coming out in the fall of 2020, and it proves to be. It achieved great success and received praise from all anime lovers. So we will introduce to you a list of the best 10+ Anime similar to Jujutsu Kaisen. Let’s get started together! 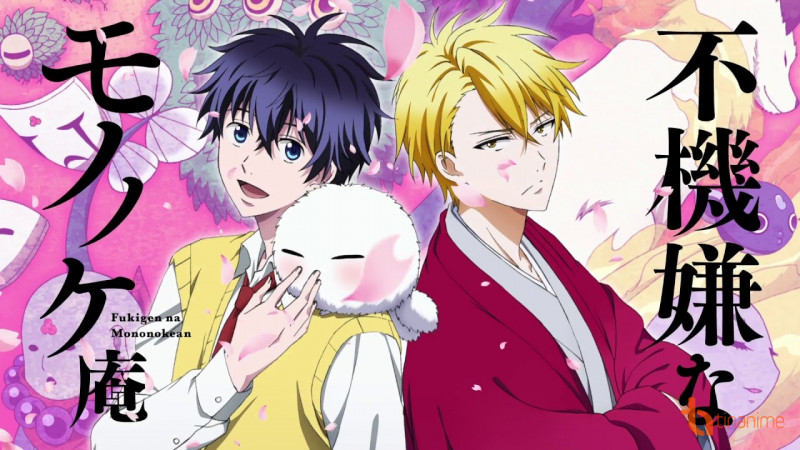 Morose Monokean is a high school anime similar to Jujutsu Kaisen. It consists of 13 episodes for season 1 and 13 episodes for season 2 in 2016 and 2019. The story begins when a “youkai” becomes attached to Hanae Ashiya, causing him to spend the first seven days of high school in infirmary. In the end, he asked for help from his classmate Haruitsuki Abeno. He is also the owner of a small tea room called “Mononokean”.

After helping Ashiya, Abeno demanded payment, but Ashiya was unable to pay. Instead, he became an employee of Abeno to get out of debt. Mysterious stories involve the very stubborn master of the Mononokean, guiding youkai who accidentally stray into this world to the next. The two have worked together to lead many dangerous, strange, and exciting youkai back to the Underworld. 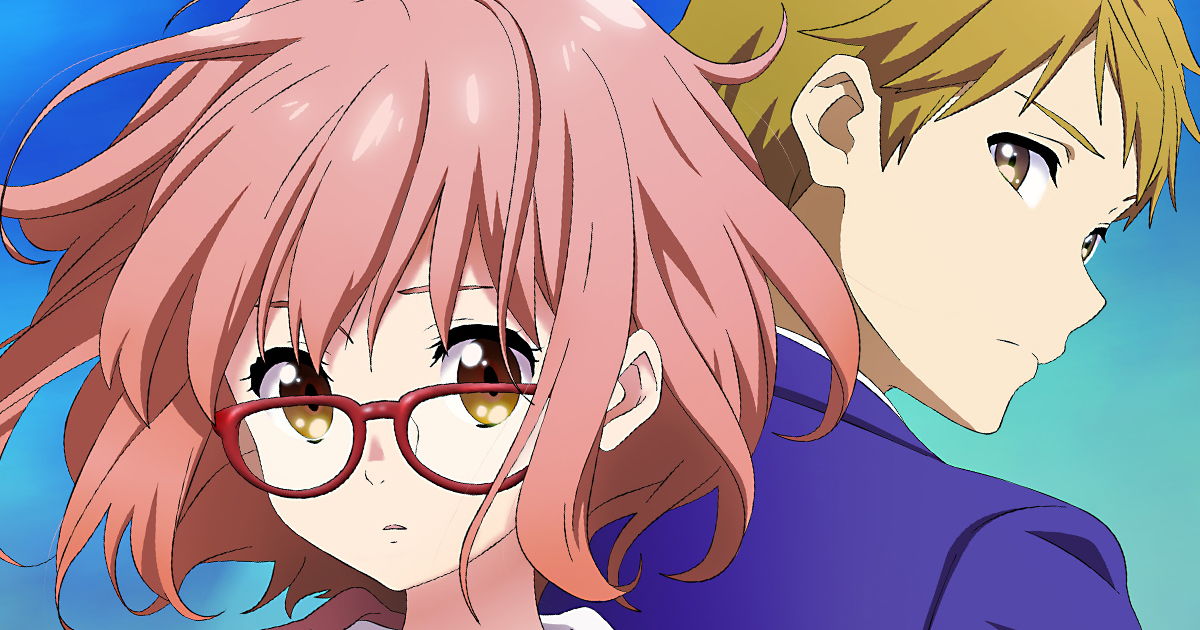 The center of the story is a 2nd year high school student named Akihito Kanbara. Although he has a human form, he has the blood of a demon so he will never get hurt because of his ability to heal quickly. One day, Akihito happened to be acquainted with Mirai Kuriyama, a first-year girl because she thought she was going to…jump upstairs. Mirai is isolated because of her ability to control blood, a special power in her world. Many unusual things start to happen after Akihito saves Mirai.

Beyond the Boundary is an anime similar to Jujutsu Kaisen in many ways. Both anime include school life with the quest to hunt down the forces of evil. Friendship acts as their ultimate weapon to fight against evil. 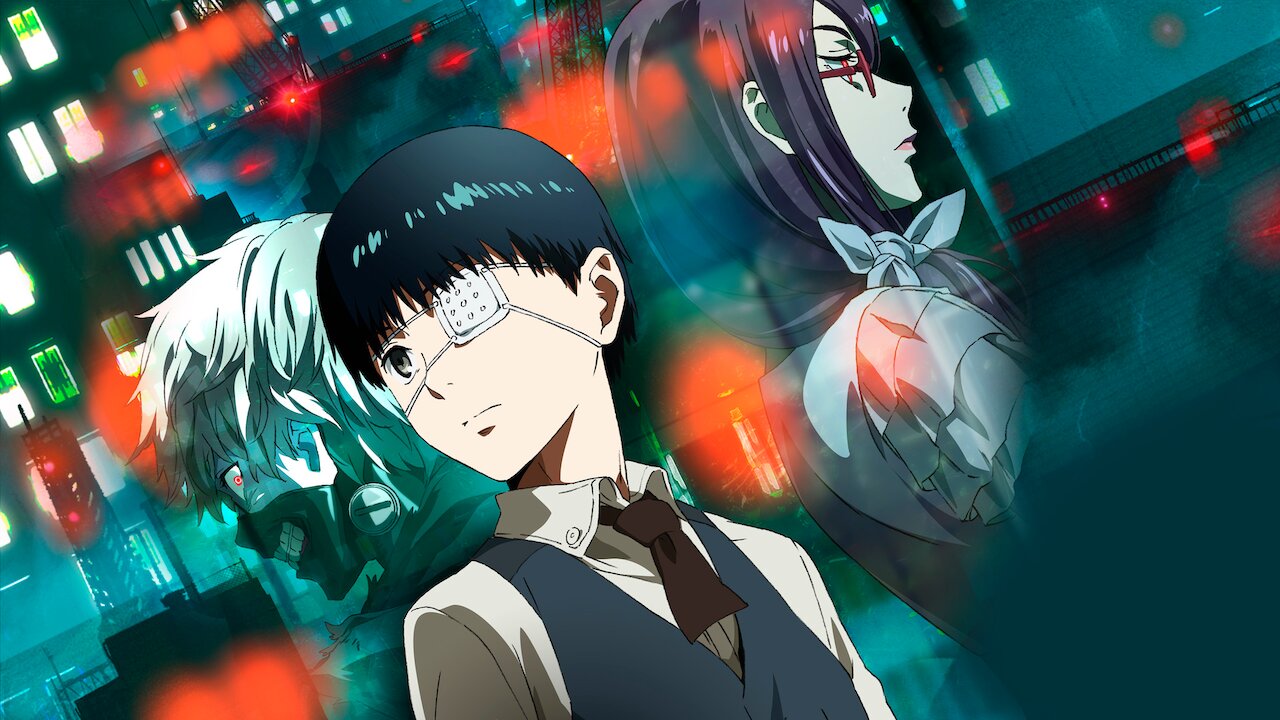 Tokyo Ghoul is a dark pregnancy story of the city of Tokyo, where a series of murders are committed by demons disguised as humans. Main is a university student named Kaneki who meets Rize, because they have similar interests, so they fall in love. On the night of their date, the two walked together into a secluded street and their lives changed that night.

Tokyo Ghouls is an anime similar to Jujutsu Kaisen, as in both anime the main character became an anime part. The dilemma of being a good or bad being was still on their mind. And the horror atmosphere is very similar in both.

In the world of Shaman King there are magicians who can control souls. Each mage has an accompanying soul to assist. Every 500 years, there is a competition between mages to choose a magician king. This person will have the great spirit of the Earth to help the world. However, the last two competitions were sabotaged by a magician named Asakura Hao. Manta is a boy attending high school in Tokyo. He happens to be acquainted with Yoh, a mage who has just transferred to the same class. Manta in turn meets other magicians such as Anna, Ryu, Tao Ren, Tao Jun. The Sorcerer King tells the adventures of Yoh, Anna, and friends through Manta’s narration.

The fighting and camaraderie is what makes this anime similar to Jujutsu Kaisen. By the way, it’s also a supernatural anime. And a critically acclaimed version from the manga. 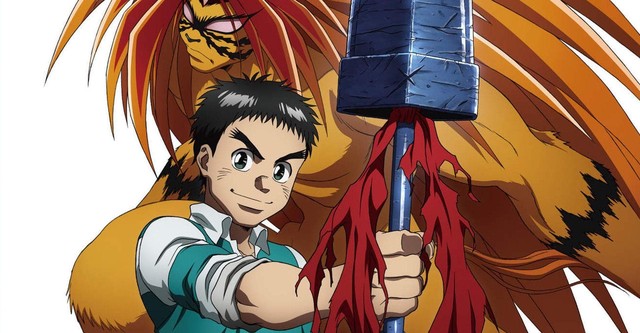 Ushio Aotsuki is just like any other normal stubborn teenager. He is the son of an eccentric priest in the temple and is in middle school. He always holds an ignorant view of his father’s claims about otherworldly monsters called youkai. However, one day in his father’s absence, he discovered a terrifying monster pierced by the legendary Beast Spear. The monster was Tora, notorious for his destructive powers, who tried to force Ushio to release him from his five-hundred-year seal. Ushio refuses to free him, but a sudden Youkai outbreak leaves him with no choice but to rely on Tora.

This meeting of Ushio and Tora is the beginning of a journey into the spiritual realm. With the legendary Beast Spear in hand, Ushio will find a challenging new world of the supernatural. 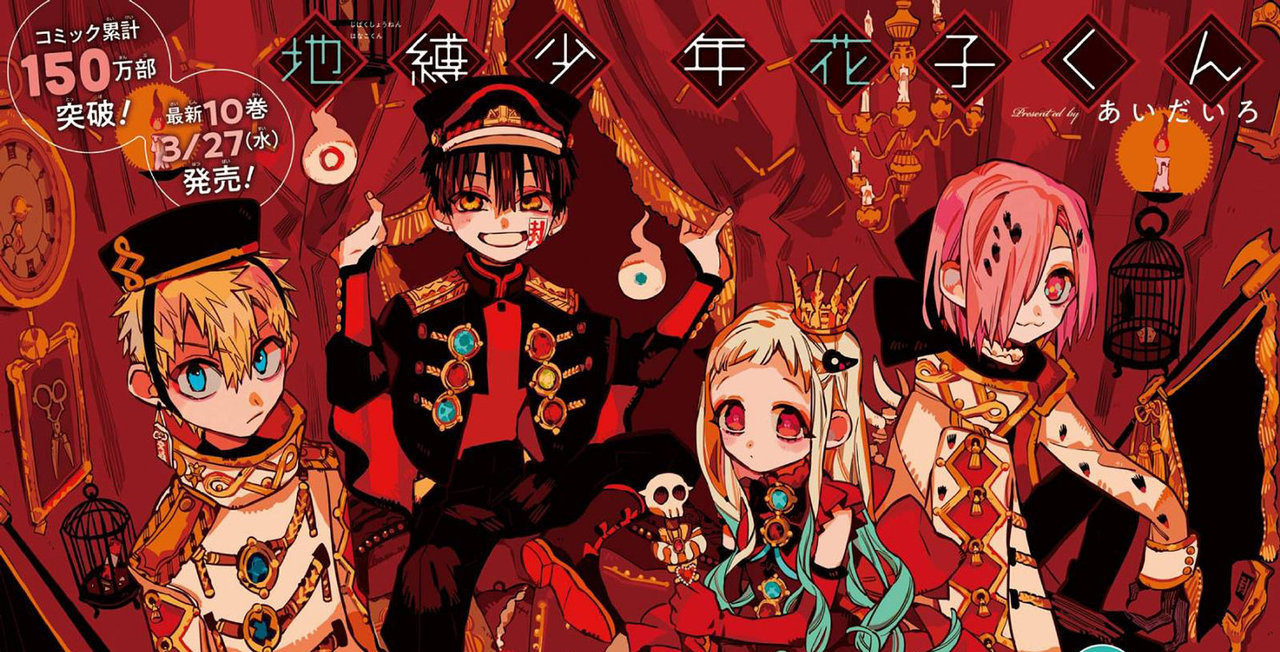 At Kamome Academy, there are many rumors about 7 mysteries at the school, one of which is Hanako-san. The one who is said to occupy the third room in the women’s restroom on the third floor of the old building, Hanako-san can grant any wish when summoned. Nene Yashiro, a female student who loves fantasy, romance, and adventure, enters this haunted bathroom… but the Hanako-san she meets is not what she imagined. Actually, Hanako-san of Kamome Academy… is a boy! 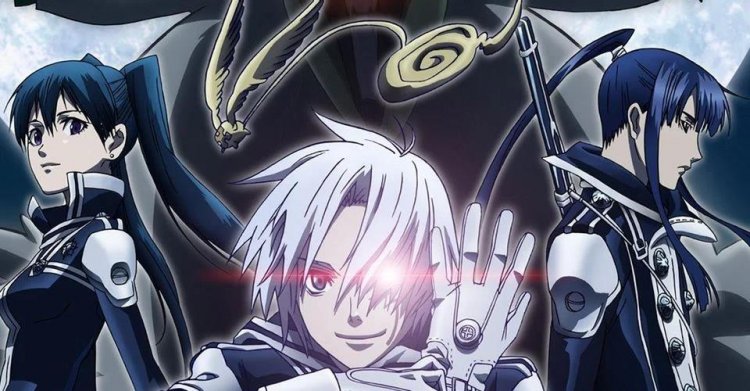 Set in 19th century Isekai, the anime revolves around the war between the Noah family and an exorcism organization called the Black Order. Noah’s family holds a grudge against mankind, and God is led by the Millennium Earl leader. The Noah family’s weapon is Akuma and the Black Order’s Innocence.

Allen Walker is someone recruited within the organization to become a full-fledged Exorcist. He is training to control his Innocence, which is very powerful. Allen teamed up with other members of the Black Order in Noah’s battle against evil while searching for Innocence. Now, Allen and his comrades must stop the Millennium Earl’s intentions that could lead to the destruction of the world. 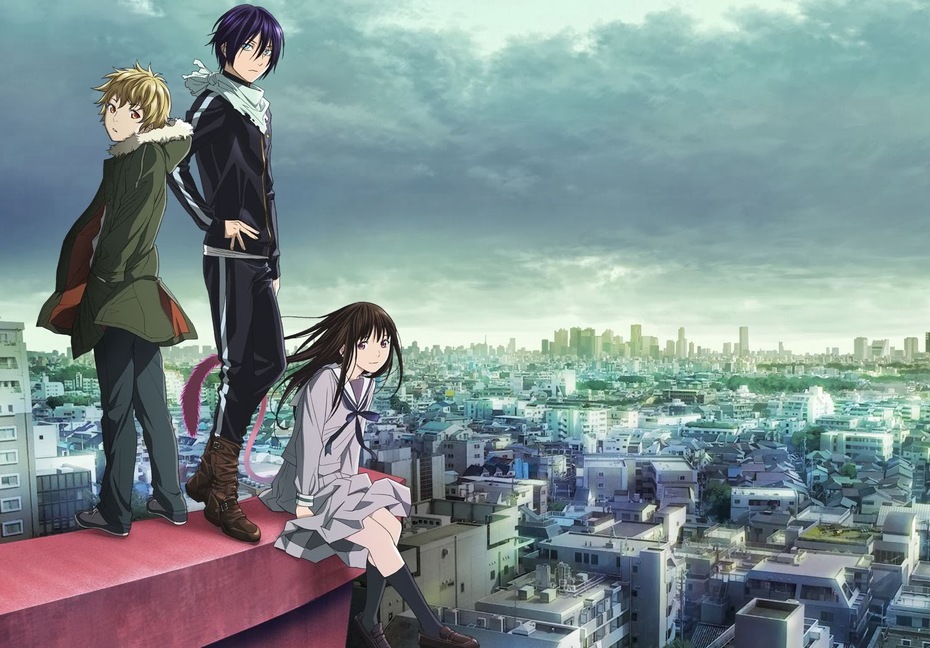 The Noragami anime revolves around Hiyori Iki, a middle school student, and her two companions, Yato Yukine. Hiyori is an ordinary high school student whose spirit sometimes slips from her body after being involved in a bus accident while protecting a stranger. Yato is a faceless little god with no shrine who wants to have millions of worshipers. For this, he accepts any wish for 5 yen. Yukine was a 14-year-old dead spirit killed by her father at the age of 14. After her death, Yukine wandered for decades as an unchanging spirit until Yato found him and crafted a weapon for him. ta.

This anime is similar to Jujutsu Kaisen as here all three companions go through adventures and struggles together. In both stories, evils need to be eradicated. 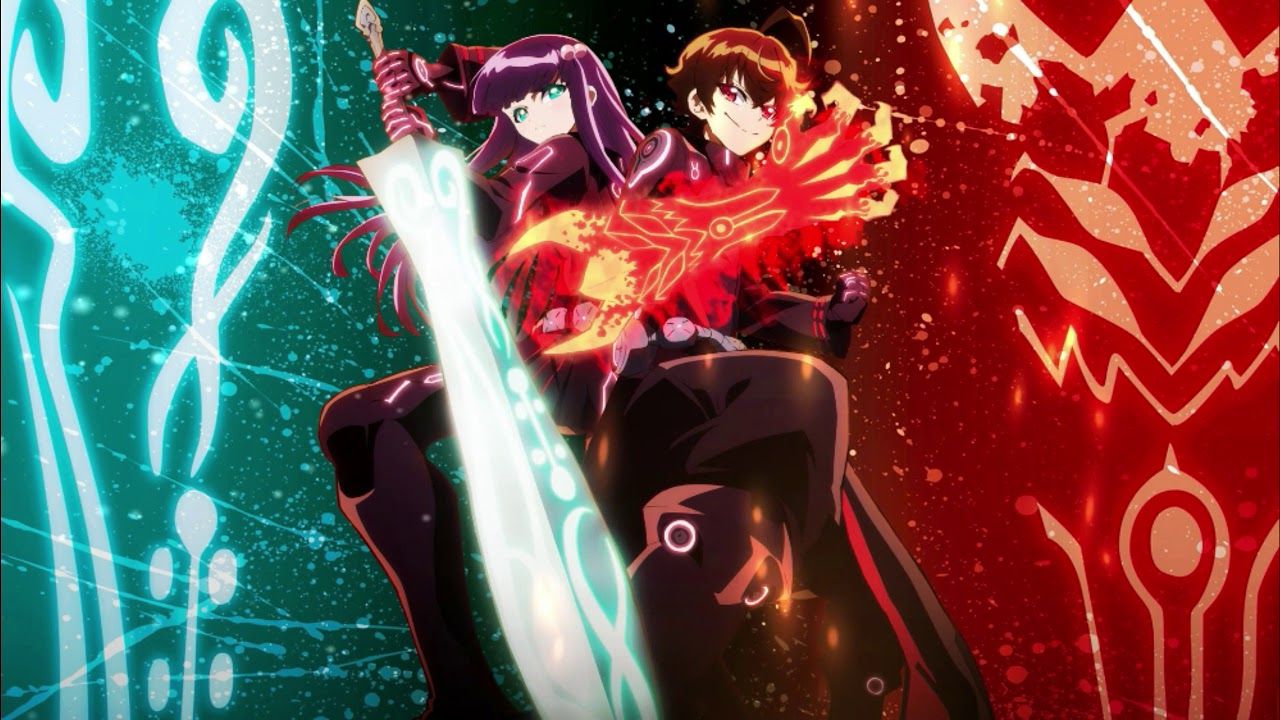 Twin Star Exorcists is a story about two individual exorcists destined to marry. Their child will be Miko, the incarnation of Abe no Seimei, who will cleanse the world of all impurities. It is based on an alternate reality where a kingdom, Magano, is filled with monsters known as “Kegare.” Benio Adashino is a famous exorcist from the east. She was called to Tokyo by the Exorcist Alliance. Along the way, she meets Rokuro Enmadou, a former persuasively ambitious exorcist. An incident cost his friends their lives and caused him to quit his job.

Both of them went to Magano on their own to save the children stolen by Kegare. There, Benio is saved by Rokuro, revealing that he has the ability to rival her in talent. 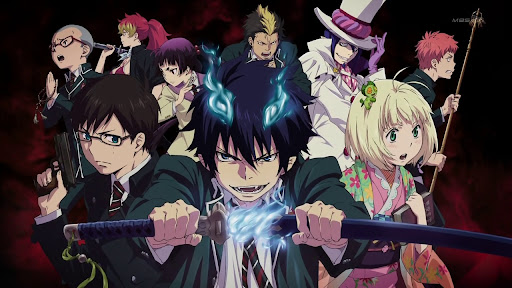 The world is divided into 2 parts that merge into one, like a mirror. One is the world in which humans live, Assiah. The rest is the world of demons, Gehenna. Normally, the link to move to two different worlds would be impossible. However demons can pass through the human world. Satan is the lord of demons, but there’s one thing he doesn’t know about. That’s enough human strength to destroy him. And then he created Rin, the demon’s child with an ordinary woman, but will his child accept his plan? Rin will be something……? or an Exorcist

Ao no Exorcist is an anime similar to Jujutsu Kaisen due to many factors. Both main characters have a demon inside of them. Both go to a magic school. The main character lost their Godfather before going against the supernatural. 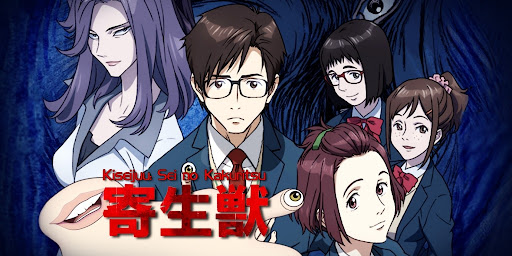 17-year-old Izumi Shinichi lives with his parents in a suburb of Tokyo. One night, alien creatures landed on Earth – known as Parastyles – parasitizing people’s brains by burrowing through their ears and nostrils. There was a Parastyles that tried to get into Shinichi’s ear but failed because he was wearing headphones that night, and it chose to get into his arm and take over his right arm. Its name is Migi. Shinichi has the ability to control Migi’s range of activity to prevent it from reaching the brain, so both maintain their abilities and personalities. When the pair met other Parastyles, they took advantage of their uncanny ability and gradually formed a strong bond that co-existed. This led to their fight with the Parastyles after they learned that his brain was still not occupied. With Migi’s help, Shinichi is forced to fight the other Parastyles. Also, this anime is similar to Jujutsu Kaisen. In both anime, the protagonist is connected by a being that they must control and maintain. 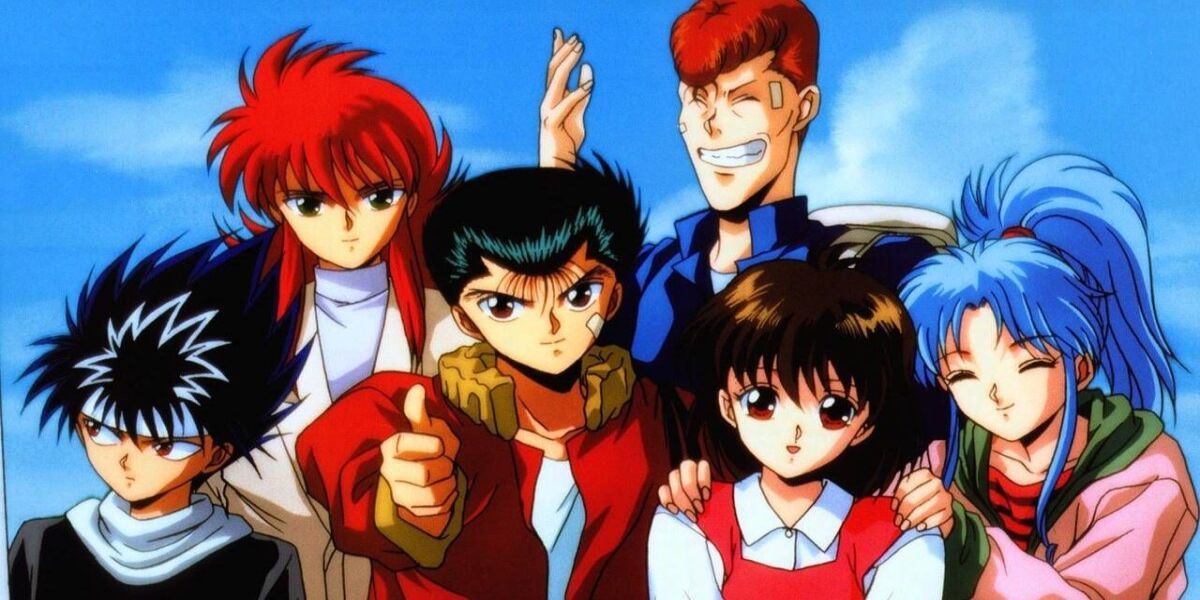 Yusuke Urameshi is a 14-year-old delinquent boy with an uncertain future ahead of him. One day, he gets a chance to save a young boy, and to do so, he throws himself in front of a moving car. His act of selfless sacrifice was so unpredictable that even the authorities of the spirit realm were unprepared to overtake his soul. The heir to the throne of the spirit kingdom, Koenma gives Yusuke a chance to get his life back by completing a series of quests. Now, he must stop evil on Earth as the Detective God with the guidance of death god Botan. To further support his adventure, Yusuke retains his old rival Kazuma Kuwabara and two demons, Hiei and Kurama, who have criminal pasts.

Yu Yu Hakusho is an anime similar to Jujutsu Kaisen, as both anime deal with the supernatural. Fighting evil in a team is also a common element in both anime. 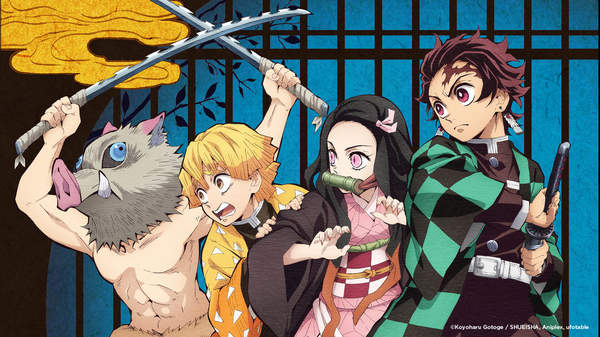 Kimetsu no Yaiba or Demon Slayer is a very popular anime series today for anime lovers. Many elements of this anime are similar to Jujutsu Kaisen, as both are fighting the same villains on the same team. Both are action-packed compared to other anime of the same genre. Even their art style is identical.

The story begins when Tanjirou Kamado has to take care of his family after his father passed away. They move to a remote mountain area to live in peace. One day, Tanjirou decided to go to a nearby village to earn money. He takes shelter in a man’s house due to nightfall. The man warned him about the flesh-eating demons lurking in the woods at night. In the morning, he returns home to find his entire family has been slaughtered except for his sister Nezuko who has turned into a monster. He promises to avenge the murders and take care of his sister. In this, he receives the help of a mysterious group calling itself the Demon Slayer Corps. 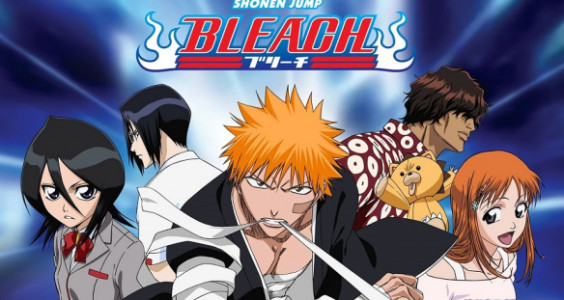 At the top of the list, we have the anime Bleach, which is the anime most similar to Jujutsu Kaisen. From the art style to the theme, both anime are relatively close to each other.

The life of ordinary high school student Ichigo Kurosaki changes when an evil spirit, Hollow, attacks his family. That time he met a grim reaper Rukia Kuchiki, who was injured while saving his family. Rukia offers him the power to become a god of death to save his family, and he accepts.

When Rukia is unable to regain her powers, Ichigo’s mission is to hunt down the Hollows that plague their town. In this journey, his classmates Orihime Inoue, Yasutora Sado and Uryuu Ishida join him. As all these newcomers face many challenges together, they realize that Hollow isn’t the only real threat to the human world.